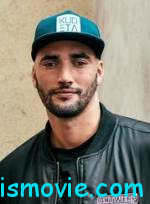 We just wanted to call the article: “They’re back” …or “Bad Boys for Life.” …