The adventures of the tow agents from intelligence service continue. Here you will find all facts about the movie, including the answer to the question: “When is Kingsman: The Golden Circle movie release date 2017?”

The company 20th Century Fox unveiled on the YouTube account the trailer of the upcoming spy comedy “Kingsman: The Golden Circle.” The video for the day has collected more than three million views on video hosting.

In an interview, M. Vaughn (the director of the movie) shared the details of the upcoming film: “I was not completely sure if I wanted to direct the second part to the original picture. Most of all I was worried about antagonist – a film about spies can only succeed if it has a good bad character – charismatic, bright. But one morning I woke up and realized that we have a great story and an excellent antagonist.”

Kingsman: The Golden Circle official release date in 2017 is planned for September in the United States. 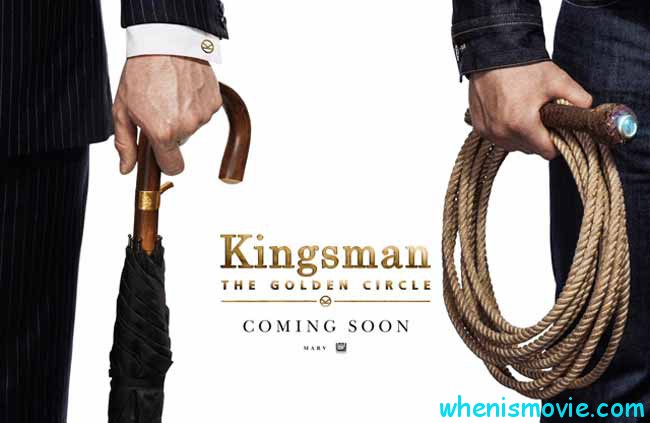 The first part received good reviews from critics. This is a spy comedy thriller, made in the English style. And now the second part loomed on the horizon. To create the second part of action movie will be the same director M. Vaughn.

The first part of the film that was released in 2015 introduced us to the agency which operates at the high level of secrecy. Its main goal is to preserve the security of the whole world. In the second part of the movie heroes are waiting for new challenges. After their HQ was completely destroyed, agents go on a journey that brings them to an alliance with a similar US espionage service, set up on the same day as their former organization. In a new chapter that becomes a real test of strength and endurance, these 2 agencies unite in order to destroy an enemy and restore law and order in the world. Will they be able to do this, you can know after watching the movie.

In the second part of the movie, actors like C. Firth, T. Edgerton and M. Strong are playing. The newcomers are including J. Moore, H. Berry, P. Pascal, C. Tatum and J. Bridges.

Kingsman: The Golden Circle DVD release date is unknown. The estimated date of release is on November-December 2017.