Also known as just The Predator, this is the 4th installment in the legendary series that conquered the world back in 1987. It’s an action/horror/sci-fi movie and will follow the events between the second and the third chapters. The biggest question right now – when is The Predator 4 movie release date 2018? It’s coming to America on August 3, 2018.

Folks at Australia and Argentina will get it a day earlier, while the UK fans will have to wait until August 10th to check it out. The cast includes some international stars along with up-and-coming artists. Boyd Holbrook is officially confirmed as the lead actor. The man learns of the existence of the lethal Predators but is forced to overcome numerous obstacles before the world believes him.

A Cast To Die For

The sexy and talented Olivia Munn, along with Yvonne Strahovski, will play the lead female roles. Munn’s character is described as a badass who can take care of herself against the alien invaders.  At first, the role of Quinn, the main character, was offered to Mr. James Franco, but he declined. Del Toro was also rumored to be a part of the cast, but, eventually, Holbrook got the role. 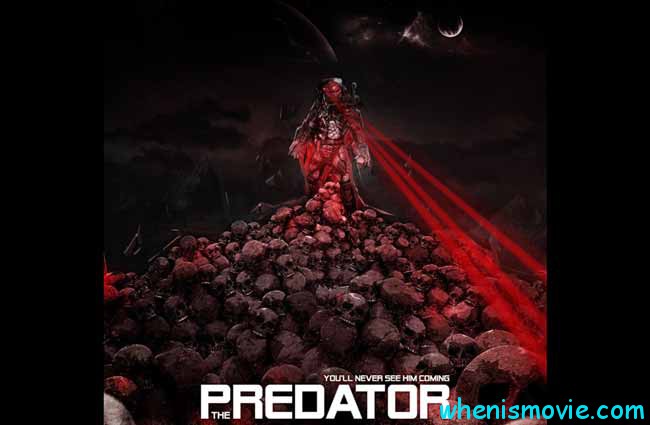 Speaking of actors that passed on the opportunity to join this project, we have to mention that Schwarzenegger himself was thinking about getting back to his iconic “Dutch”, but had to say no due to some scheduling issues. The rapper 50 Cent could be involved in the movie; yet, he also passed on the offer.

Cheering For The Predators

The fans of home theaters probably want to know The Predator 4 DVD release date. Well, November-December 2018 is the most likely date. Shane Black, the director of this upcoming blockbuster, has been working on the project since 2014. He’s got big ambitions, and the producers claim his movie is going to be one of the most impressive and talked-about releases of 2018.

To be honest, the latest additions to the franchise were average at best and the audience has lost faith in the Predator. Hopefully, this movie will bring us back to the times when we were fascinated and thrilled by this series. They definitely do have the budget, the cast and the team of professionals to do that. Filming wrapped recently – in June – and now it’s time to “work the magic”. All that we can do at this point is wait and wish the creators best of luck. The Predator 4 official release date in 2018 is +/- a year away. Will Black deliver on his big promises?