Officially known as Ralph Breaks the Internet, this is the direct sequel to the huge 2012 hit. The original animated movie broke several records and both the critics and the fans loved it with all their hearts. Now, it’s been five years since the first chapter came out; so, when is Wreck-It Ralph 2 movie release date 2018?

Everything is already set, ladies and gentlemen: It’s coming to America on November 21, 2018. The United Kingdom will get to check it out on November 30th. Argentina is among the first countries to see it (the premiere over there will be on November 20th). Say, in Germany, you’ll have to wait until January 24th for the movie to arrive at your theaters.

Saving The World And Finding Glory

The sequel continues the events of the first film and is focused on the main character’s journey through the Internet data space. Sugar Rush is lagging, and he needs to find a fix – ASAP. So, the big fella embarks on a new (and perilous) journey to prove that he is, indeed, a real hero. They used to laugh at him in the original movie; now it’s his time to shine. 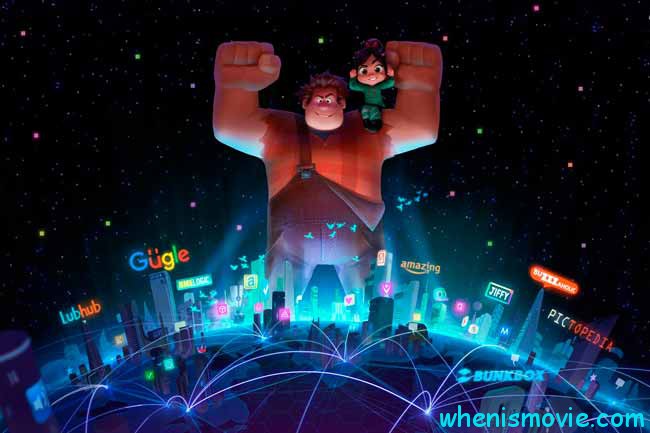 On this adventure, he’ll come across numerous new characters, different worlds, algorithms, and everything else in between. Vanellope, AKA the Glitch, will join the overzealous man and together they will try to make sense of yet another mystery. After the Wreck-It Ralph 2 DVD release date (which is early 2019 – March, most likely) we’ll all get to enjoy this story while cozied up in our favorite chairs.

All Your Favorite Characters In One Movie

Fun fact: this film will feature pretty much every single princess from the Disney “roster”, including Ariel, Jasmine, Rapunzel, and many others. Iron Man himself and Princess Leia are also a part of the cast. Yep, it’s shaping up to be quite a crowd pleaser, and we can’t wait to check the sequel out. The director and the producers said earlier that they wanted to explore online/console gaming in the second chapter and take the whole video gaming experience to the next level.

Initially, they planned to release it on March 9, 2018, but had to push the premiere a few months due to some production difficulties. The new Wreck-It Ralph 2 official release date in 2018 is November 21st, as mentioned above. A kind, moving, funny and entertaining animated movie will always find success in the modern-day world, and now it’s up to the team to deliver a great sequel. Will they live up to the expectations? We’ll have to wait and see!