The African-American folks are slowly, but steadily taking over the whole world. It’s safe to say that they accomplished more in the 21st century than ever before in history. Today we’ll talk about the TOP 10 best Black Romance movies for all time.

These films come with a great cast, awesome acting and gripping, thrilling plots that glue you to your seat and never let go. Back in the day, people would’ve never believed that big-screen releases with an all-black cast could be successful. But today it’s a reality. Let’s check out some of the greatest titles so far. 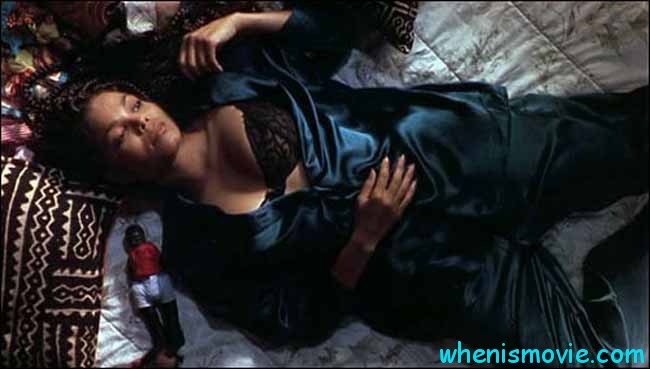 Shanté is a pro when it comes to men and messy relationships. So, whenever her friends run into some trouble with the boys, they come to her for a wise advice. And when she catches her fella with another woman – a colleague – she decides to teach him a lesson. It’s actually more of a 10-day-plan to make him crawl back to her feet.

The lady uses every single weapon in her arsenal, including sexy underwear, delicious food, and everything else in between. This is the only thing that matter to her – bringing Keith back home, and she’s ready to do whatever it takes to make sure he never looks in another woman’s direction. However, as it soon turns out, the man is a player and knows a thing or two about how the ladies get what they want.

Noni is a superstar, an internationally famous singer, but she’s struggling every single day to make her voice heard. The unforgiving world of show business has put a lot of pressure on her and it’s getting harder and harder to resist. One day, she tries to commit suicide; thankfully, Kaz, a handsome and masculine police officer, rescues the celebrity and helps her overcome all the obstacles in her turbulent life. In order to stand strong on both feet, Noni will need courage. This is the most important journey of her life, and she’s confident that with Kaz on her side, she’ll be able to turn her dreams into a reality. Of the TOP 10 best Black Romance movies for families, this is a sure pick.

Stella is a dashing 40-year-old woman who tries to get away from the boring routine of the day-by-day life. She’s a single lady now, so, together with her best friend, she decides to fly all the way over to Jamaica to enjoy the sunlight and to get her messy life in order. On this life-defining journey, she meets a very young man (20+ years old) and falls in love with him.

His name is Winston, and the boy is pretty much all a cougar like Stella can dream of. At the same time, even though he does seem to love her, the successful business lady can’t quite wrap her mind around this steaming hot romance. She’s got a lot of responsibilities and needs to take care of her baby. Will she be able to combine these two different lives?

Kenya, the main character of this love story, is a highly successful black woman who’s climbing up that corporal ladder. She is on her way to the very top and this lifestyle has turned her into a workaholic with no day offs whatsoever. Her friends persuade the girl to go on a blind date – maybe she’ll find her ideal black fella there?

When she first lays eyes on him – a white man named Brian – Kenya turns him down because of his race. Soon, they meet again at a party, and eventually, fall in love with each other. The upper-class lady is a bit worried that her family/friends won’t appreciate her choice. Something New is a pretty awesome movie, one of the TOP 10 best modern Black Romance films.

Darius is a striving poet, a black man pursuing his dreams in the big, windy city. Nina is a gifted and gorgeous photographer. They are dating each other and every single person around claims that they are true soul mates. But it’s up to these young black folks to figure out whether it’s just a temporal thing or something much more serious. There’s nothing wrong with just fooling around and having fun. Yet, both Darius and his girlfriend are looking for a meaningful relationship. They get together with their friends and talk about the ups and downs of love, hate, friendship, and sex. Nina wants to figure out her man’s intentions for her and puts him through a little test…

Leslie is a therapist who gets the shot of a lifetime when they offer her to work with Scott, an NBA superstar. Everything goes great until the moment she finds herself falling in love with the dashing fella. So, the beauty will have to make a choice between keeping her job and following her raging heart. Sadly, the man doesn’t seem to pay any attention to her and tries to get in her friend’s panties.

Morgan is just a “huntress” who wants only one thing – to become his trophy wife and spends all of the player’s money. Scott is searching for a soul mate, a woman that will stick with him through the good and the bad. But, for some reason, he can’t see that Leslie is the right pick for him. Put Just Wright on the list of best Black Romance movies to watch if you love heart-warming love stories.

Dre is a well-respected and influential man – an A&R exec at a fancy Hip-Hop label – and he’s in love with Sidney, an editor at a magazine. They’ve known each other since kindergarten and could’ve never imagined that their friendship would turn into something more. The only problem is – the man is engaged, while the girl is being chased by a b-baller. So, what’s it going to be? Will they overcome their fears and fight their prejudice for a chance to be really happy together? It’s never easy to put everything on the line for someone who you’re not sure is interested in you, but, at the end of the day, it’s all worth it.

Welcome to Los Angeles, 1981. Monica, a talented teenage girl, moves into a new house right next to Quincy. The boy’s father is an NBA player, and they both want to be just like him. They’ve got something of a love-hate thing and take their relationship to the next level after graduation. Yes, they start to officially live together.

Unfortunately, problems with his parents make Quincy leave the girl in search for his own self. Many years later, when they become professional players, the two meet again. There’s no escaping it – they are meant to be with each other. Without a doubt, of the TOP 10 best Black Romance movies to watch, this one is definitely going to make you both laugh and cry.

Harper is quite a busy man: he’s putting the finishing strokes on his autobiography, his girlfriend needs him to be there for her, and his friend and pro player, Lance, is about to get married. Harper is the best man and arrives in NY earlier than his girl to kick it with the fellas. There, he meets Jordan, the girl that he could have built a family with in the past. It’s clear that she wants to be with him – at least for one day (or, rather, night). The writer, in turn, is afraid that Lance will read the story and discover that his bride slept with the best man once. Yes, Harper’s life is a mess, and he needs to sort everything – ASAP. Otherwise, he’ll lose his girlfriend, his friend’s trust, and his career.

What’s so special about this movie? Well, first of all, the late Tupac performed the lead male role. Yes, the legendary rapper was also quite a talented actor. Janet Jackson, another iconic artist, portrayed the lead female character. They had an awesome relationship on the other side of that big screen. Justice’s first boyfriend was killed in the harsh streets, and now she’s all alone, finding salvation in poetry.

On a trip to a convention, she comes across a man who strikes her as a free-spirited and open-minded person. They soon discover that they think alike and have many common interests. Could this be the beginning of a beautiful relationship?

Ok, now that you know what is the best Black Romance movies, you’ll be wise to check out at least the top-5. Believe us – they’re all worth it.