Brazil deserved international success in the world of cinema for a reason. The list of films in Brazil has not long been limited to a monotonous enumeration of endless TV series on love and hate, although they were once the hallmark of Brazilian films.

Today the sphere of cinema in Brazil is diverse with its genres, actors, and directors. International recognition is gradually coming to Brazilian films, for example, a film about the life of a small Thiago “Mutum” won a prize at the Berlin Film Festival. And this is only the beginning. The cinematography of Brazil is one of the most promising in Latin America, which means that the audience is waiting for new masterpieces.

We are glad to show you our TOP 10 best Brazilian movies to watch. 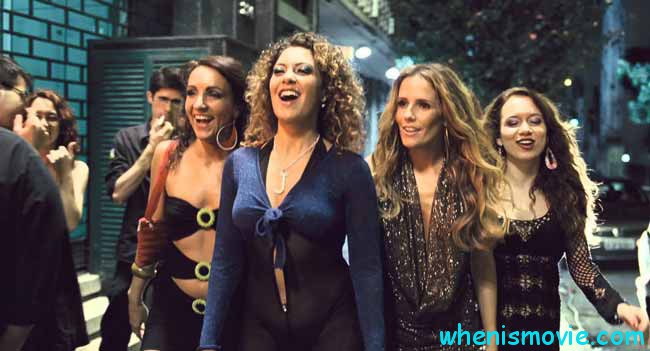 The drama of Brazilian filmmakers tells about the lives of people in urban slums for three decades of the last century. A city-holiday, the city-dream Rio De Janeiro, apart from incendiary dances and colorful costumes during the carnival, is also famous for its banditry, thriving in the poor neighborhoods of the city, and, more simply, in the slums.

The film begins in the 60s in one area of ​​Rio called the City of God, where two young children Rocket and Didier dream of a different life. So Rocket dreams of becoming a photographer, and Didier – a local gangster. In the 70s Didier was already fully involved in the criminal world, he had several murders on his account, and Rocket tries to live normally, but the truth behind him is a few minor offenses. In the 80s, Didier becomes the youngest gangster, at his age of 18 he trades in drugs and becomes the biggest merchant in Rio, while the Rocket has finally realized his dream by buying a camera.

The film shows the life of the poor people of the city, in which the racial and social difference is so huge that many have to take the path of crime.

The actions of the dramatic thriller take place in an unknown country in an unknown metropolitan city, at an unknown time, similar to our days. As usual, every day millions of people hurry about their business, not thinking about how wonderful it is to be able to see the world around them. But one-day strange things begin to happen to the inhabitants of the city, gradually many begin to lose their vision. Worried people turn to professional doctors, but they do not get help from them.

Like a virus, blindness catches people in the car at speed, in the store, in the gymnasium and other habitats. Scientists and doctors cannot understand what is happening, and the city, meanwhile, turns into the chaos of angry and helpless blind people. To protect the city and those few who have not yet lost vision, all those infected with blindness are placed in a special clinic for quarantine. Together with her blinded husband, there goes a wife, who will become a guide for these unfortunate people.

The hard life of three friends is in the TOP 10 best modern Brazilian films.

Unfortunately, not all children have parents who will protect them from the dangers of this world. Some have to survive alone since childhood. Such a fate befell the heroes of the film “Trash” – three boys from a poor country. Instead of a carefree life full of fun and proper education, they are forced to wander in dumps and get their own food. They have become family, where everyone helps each other. But soon their daily life changed radically.

Once, among unnecessary trash, friends find a strange wallet with money. But the fleeting joy that covered the boys soon becomes afear for their own lives. Friends understand that for the find goes a whole hunt because in the purse is a valuable thing, which was hidden.

The documentary film tells the audience about the life and work of the famous Brazilian photographer Sebastian Salgado. During his life, he visited almost all corners of our planet and made many pictures about the life of people and animals. The pictures made by him cause people a real shock and remind them of the sad history of our world. With the help of his camera, Sebastian managed to show people the world the way he sees it. A huge number of the most diverse events that have occurred in our world will forever remain in the memory of people, thanks to the photographs of the great photographer…

The middle of the TOP 10 best Brazilian movies for all time.

The boy lives in a small village, in a non-existent country. Desperate to find a job here, his father sits on a train and leaves for the capital of a nonexistent country. A few weeks after this, boy’s life is of sad memories. He decides to go on a trip to find his father.

The dramatic film was filmed by filmmakers in Brazil and Portugal. The film is based on Jorge Amado’s novel “Captains of the Sands.” Near the richest areas are the most real slums, where homeless children live. They are “captains of sands.”The whole Bahia is afraid of them. These brave armies are led by brave Pedro Bala. To survive, they regularly steal, making daring raids on rich houses. Early orphans live in terrible conditions, these children are well aware of the value of kindness and human participation. That’s what they could give Dora – the girl who came here with her brother after they were kicked out by relatives after the death of their parents.

BOPE is not just the police, but an elite detachment, a battalion charged with only particularly complex and dangerous police tasks. Service in BOPE is a very special work. On the one hand, being a member of an elite group means constantly exposing your life to danger, sometimes forgetting about the interests of your own families. On the other hand, BOPE is the ideal place for those who no longer wish to condone corruption in the police and compromise with their own conscience.

In the course of the last assignment, the people from the BOPE managed to clear the area from drug traffickers where the Pope’s residence is located. By the forces of BOPE, whose new chief was able to turn this organization into a real military machine, the drug trade in Rio de Janeiro was blocked, but the glory of the fighters, capable of repelling even the most brutal gangs, did not follow the members of the BOPE for a long time.

Brazilian cinema is familiar to the viewer thanks to the well-known series, but it is developing and for the last years the audience had the opportunity to watch dramas, thrillers, criminal detectives and comedy films. However, now the Brazilian cinema began to produce and cartoons. The events of the cartoon unfold in several epochs and tell the story of the love of the immortal warrior and his beloved Janaína.

He was born in the distant 1566 in a tribe of Tupinamba who were born warriors. It was there in the forests of the Selva that he first saw his love Janaína. The gods gave him a valuable gift – immortality and the ability to fly so that in the distant future he saved his people from evil. But immortality has become a kind of curse for him.

It is the leader of the TOP 10 best Brazilian movies for families.

Raquel is a seventeen-year-old schoolgirl, tired of living by social rules. She makes a conscious decision to become a call girl. Raquel never felt happy, since her parents did not indulge her with special attention, her half-brother always hated her, and at school, she was constantly bullied.

Hope it gave the answer to the question – what is the best Brazilian movies?