Without a doubt, chess is one of the most intellectual games on planet Earth. And, it’s also one of the most ancient ones. People have been playing it for centuries, and it’s still as popular as ever before. Today we’ll talk about the TOP 10 best Chess movies for all time, so, sit back, relax, and enjoy the ride.

The industry is full of solid releases about this grandiose game, and we spent a lot of time on hand-picking the greatest films, the best of the best. The following list includes both old-school classics and modern-day movies. People of all ages and nationalities will find exactly what they like. Ok, let’s roll! 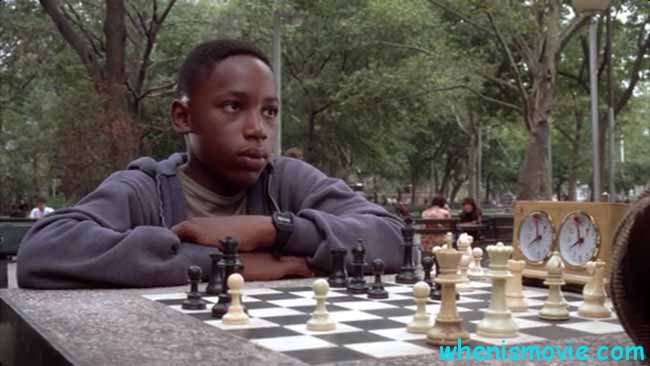 If you’re a fan of the game, then you definitely have seen this incredible film. The story follows Josh, a regular American teenager in love with knights and pawns. He’s a gifted player who can beat his father at any given time of the day. He’s just a little boy but already shows incredible results.

And when he becomes friends with Vinnie, he learns about the concept of “speed chess”. The kid’s parents hire a coach to further improve Josh’s skills. However, pretty soon he becomes bored with the man’s approach and the game in total and deliberately loses a match just when victory is right around the corner. The lad turns out to be weak and lacking discipline. Will this defeat teach him what life is really all about?

This is the story of Mr. Mason and the kids that he trained to be one of the best players in the country. He used to be a rich gentleman but circumstances have led him to quite a harsh neighborhood. The man became a substitute teacher. They assigned him to a 4th-grade class in New York. The class was full of kids that came from rough hoods. Most of their parents were either in jail, drinkers, junkies, or just barely paying the bills.

And the children didn’t really care about the school or what it had to offer. Yet, when one of them saw how Mason beat 14 rivals at once, he asked him to teach him the game. A couple of days later, the whole class joined the effort, and together they trained to compete in the upcoming tournaments. Of the TOP 10 best Chess movies for families, this one’s a keeper.

Phiona is just another girl from Uganda who had to grow up fast and learn the ugly truth about the world she lives in. She doesn’t seem to have any perspectives in life until one day she learns about the life-changing game of chess. She falls in love with it and starts to train 24/7, hoping that her brilliance will help her make it out of the hell-hole that she was born in. On her way to greatness, she’ll have to overcome numerous difficulties and prove to every single person out there that a young girl can beat the greatest players in a fair game. Phiona had her ups and downs, but, she never stopped practicing and she never stopped believing in herself.

This is the movie adaptation of Nabokov’s famous novel. Welcome to 1920: Luzhin is a clumsy, ingenious man who’s getting ready to play the most important match in his life. Upon arrival, he falls in love with an unbelievably beautiful woman. As a little boy, he used his mind as a “getaway plan” from all the pain and frustration of his parents’ turbulent marriage. Natalia, the girl he falls for, is about to marry another man, but she gets enchanted by Luzhin’s brilliant mind and unusual ways. Put this film on the list of best Chess movies if you appreciate touching dramas about the game.

It’s the Cold War, and the tension between America and the USSR is off-the-charts. And it’s up to Fischer to prove to the planet that the US masters are better than the Soviet players. So, he challenges Spassky to settle once and for all who the real champion is. Initially, Fischer just wanted to beat the strongest player in the world, but the American government turned it into a war between two nations. It put a lot of pressure on both players, and Fischer started to go a little crazy. Pawn Sacrifice is a classic cut and will impress you with a gripping plot and an amazing cast.

A young drug-dealer, a teenage boy named Fresh is trying to find a way out of the hell that he’s living in. Corruption, poverty, death, and racial hate is what he’s known for his entire life. And when his sister starts to “date” Esteban, the local Jefe for drugs, the boy realizes it’s time to come up with a master plan. He uses the skills, wits, and smarts he picked up while playing chess with his dad and Sam, a legendary champion, to form a sophisticated yet realistic strategy that would give him and his sis a chance for a better life. Of the TOP 10 best Chess movies to watch, this one’s a heart-wrencher.

Helene is a housemaid and takes her bike to work. One day, a couple playing chess catches her attention – she’s there to clean their room. The woman starts to think that it’s the game that brought them closer together and comes up with an idea to buy her man a beautiful set for his upcoming birthday. However, he doesn’t get enthusiastic about it and disappoints Helene. Still, she decides to try and learn it all by herself. So, during the long nights, she starts to slowly, but steadily learn the ins and outs of this ancient game. She even asks a doctor friend to teach her more about chess and becomes really good at it. But does it help her reunite with her husband?

This is a documentary film that follows the rich, tragic and mysterious life of Mr. Fischer, probably the finest chess player the world has ever seen. This man had a rough childhood and had to come up in one of the worst neighborhoods in America. When he grew up, Bobby turned into a real legend and represented the US during the so-called Cold War. But, eventually, he became a fugitive and had to run for his life. It’s safe to say that Fischer was one of the most notorious and controversial heroes of the previous century. Put this movie on the list of TOP 10 best modern Chess films if you love accurate documentaries.

Sanderson is a grandmaster right in the middle of one of the most important tournaments in his life. But when they find his girlfriend lying breathless on the floor with her blood drained out, the player automatically becomes a major suspect in the case. Shortly after, the real killer gets in contact with the man and encourages him to figure out his riddle. Sanderson goes to the cops and starts to work with a psychologist to track down the psycho. But the policemen aren’t quick to trust the grandmaster because the bodies keep on piling up.

Hannah is a gifted young girl stuck in the scary world of violence, drug dealers, bikers and gangsters. Her only salvation is the chessboard – when she starts to play, the whole universe stops. She’s living with her uncle – a drug addict – and her older sis, Amber. Uncle Frank is the big man who runs an undercover business with his little brother.

When Amber makes the mistake of falling for Bill, a trafficker who’s fighting a long war with Frank, everything goes to sh*t. So, who’s going to save the whole family from destruction? Hannah knows that the only way to save everyone is to use her experience in the gameand creates just the perfect scheme.

Ok, now you know what is the best Chess movies. Keep up with our updates and check back more often!