Dogs – there are so many memories and emotions connected to this word and for each person, it has its specific moments and shades. Therefore, there is a big number of interesting and catchy movies about these amazing animals in American cinematography, as well as many other projects being originally created in other countries.

In fact, most of the stories are based on real facts and events happened to the dogs’ owners from the past few years. We are representing our TOP 10 best Dog movies for all time that can be watched with a family. 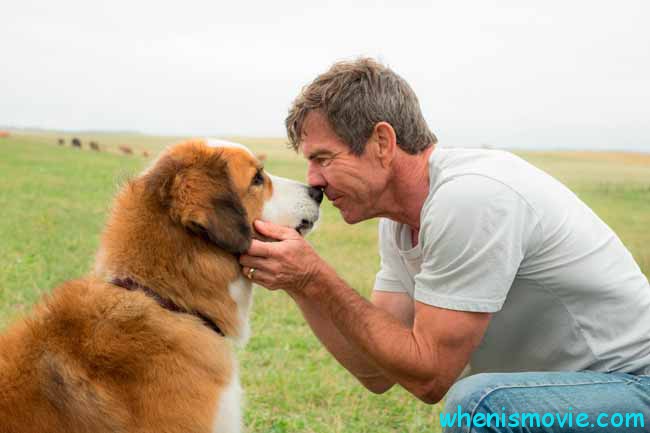 Animated movie about the adventures of typical Tibetan dog named Bodi that leaves his native village and mountains and come to the big city in order to become a famous rock musician. However, it seems like even this good pooch has its own enemies who would really like to take over the famous show and kill Bodi.

After reaching the desired destination, Bodi heads onto the local center of music, particularly rock and roll one genre, where he tries so hard to become the member of a music band but loses a guitar contest to another participator. However, the main character doesn’t shun the following difficulties at all unconditionally reaching the highest top of his dreams.

Another animated project from our latest TOP 10 best Dog movies for families is a great comedy and the adventures of a brave dog named Bolt. He and his girl-owner are both the biggest stars of television series where Bolt’s character has unbelievable superpowers and abilities not typical for a regular puppy.

The producers of the show literally made the puppy believe he does have real superpowers and everything that is happening to them is absolutely real. That causes him disappearing as soon as he realizes his owner Penny was kidnapped but that was just a part of the show. The girl thinks he is gone but truly believes he is on his way home. On his adventures to “find” his owner Bolt makes new friends who help him to make gain new qualities as the hound feels hungry for the first time in his life and to be able to be awarded by the food he now pretends to be a cute needy pooch.

Amazing comedy uniting the unbelievable things and superpowers with comedy genre – but all together this will reveal to a happy end. The movie focuses on the story of a successful lawyer Dave and his nuclear family. Meanwhile, there are multiple experiments connected to Tibetan dog that is 300 years old, the scientists try to find the secret of the potential immortality that can be used in human’s DNA but – afterward, the animal escapes and is found by the daughter of the main character. A little bit of magic and Dave transforms into a big pooch but without even being able to control that process.

But through being an animal Dave learns a lot about his own kids, life, friends and other things he was too blind to see due to being busy on the work. He, however, does behave weirdly acting like a dog even whilst being a human. But, probably, this is what saves his marriage and brings true happiness into his life.

Somehow but our lives are always connected to the lives of our fluffy friends we call dogs which can be seen in this movie from our list of best Dog movies to watch. In this movie, the plot focuses on the young puppy named Fluke that actually has multiple flashback memories about his past life as a human being. When the canine grows up he realizes that in the past life his name was Thomas and he died in a car accident.

After the death of his good friend, the kind animal finds his wife and a son from the past life. The mongrel finds out about the man probably being responsible for his death as a human and makes him have a car accident but a sudden flashback reveals that the man has nothing to do with the death of Thomas.

The dog later reveals to his “wife” that he is Thomas next to his tombstone by uncovering the word “forever” with the snow which makes his wife shocked. Afterwards, he makes a hard decision to leave. In the next scene we see the dog resting in nature – surprisingly, he reunites with his old friend that reincarnated as a squirrel.

This movie follows the amazing achievements of one dog and his new owner that actually loves him unlikely to the former one. The new owner gives him a new name and, surprisingly, both young boy and his fluffy friend become famous and talented whilst playing in school’s basketball team.

At the beginning of the movie, the boy is afraid of making new friends becoming an introvert as he loses his father in a plane crash. But the animal he calls Buddy relives his best positive feelings and attitude.

There is nothing like experiencing raising your very first dog and this movie from our latest TOP 10 best Dog movies to watch is a good proof of that. The story focuses on a married couple that buys a new house, as well as adopts a nice puppy – newborn Labrador. Becoming their best friend and bringing the family all the craziness ever existed, the couple discovers true family values and, therefore, the wife delivers a healthy boy and after a short period of time another son.

Surprisingly, in this film, both cats and dogs are forced to unite in order to defeat their common enemy.  This is the story about the special canine belonging to the police officer – they both failed their last mission as the animal blew up the building by pressing the button on the device he took away from a crazy clown being dangerous to people.

Afterwards, the main character is found by Butch –an agent of a secret dog organization that protects people from bad things just like this time – the movie focuses on the cruel cat programming the huge satellite to transmit the special sound called “The Call of The Wild” so that all the dogs become crazy and, therefore, not loved by their owners. Both cats and man’s best friends unite in order to stop Sphinx cat.

This is the story of a dedicated animal, man’s best friend, that will make everyone cry a river whilst watching. One of the most iconic movies about well-known Akita canine from Japan from our TOP 10 best modern Dog films that meets his owner every single day at the train station. But one day, the owner doesn’t come back as he passes away due to cerebral hemorrhage. His brother tries to bring the pooch back home but the animal doesn’t understand his owner will never come back.

As the time passes by, the doggy becomes known in the city and people are being kind to him. He is fed by the workers of the train station that also knew his owner in person.

This comedy film is full of adventurous of a police detective from San Diego and his man’s best friend Jerry Lee. After some time of trying to work with a drug-sniffing canine, the man discovers he works only when he would like to which creates the main comedy part in the movie as the hound appears to ruin some very important operations. But in the end, it turns out to be very helpful as the animalhelps his owner-detective with fighting against some serious drug dealers.

If you ever come up with the question what is the best Dog movies, this one should pop up in your head first. This one is based on a novel written in 2010 and follows the story of a puppy who keeps coming back to his owner as a completely new reincarnation. He was first born in 1950 but after being euthanized he reincarnated in 1961, and again in 1970. Every time he gets the new dog life he comes back to his owner and, surprisingly, the last recognizes him.