For the most cases, fishing is not about making a living. It’s about impressing your buddies and having a good time out there, celebrating life and talking about the vices and virtues of the modern-day world. Today we’ll talk about the TOP 10 best Fishing movies for all time, the greatest films that will be equally satisfying to watch both with your friends and on your own. Again, fishing is an art-form, a philosophy, and even if you don’t really understand its beauty, you might want to stick around for the ride. You’ll definitely learn a trick or two along the way. And who knows – maybe you’ll fall in love with it? 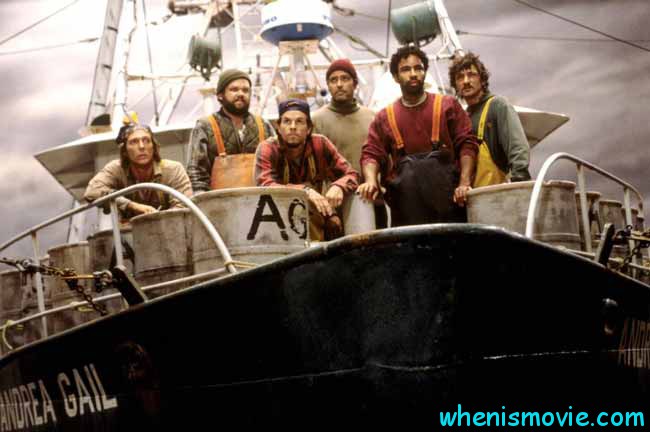 This is a beautiful coming-of-age story about 4 buddies who have spent their entire lives in NY. They’re clam diggers – that’s the only thing they know how to do. However, it’s the 70s, and the big corporations are slowly, but steadily taking over the fishing routine. These men are working-class heroes, but what can a bunch of brave fellas do against the giant corporate machine that’s ready to destroy whatever and whoever stands in its way? The city is not what it used to be – private business in this industry is disappearing. So, the big question is – what will the heroes do in these dire circumstances? Give up and let the mogul take over their life work? Or stand strong on both feet and fight?

Joe and his friend, Gus, are two losers trying to make a name for themselves. Life hasn’t always been kind to them, but when these morons win a free fishing trip, they recognize it as a sign from Mother Nature herself. So, they embark on this journey, hoping to return with pockets full of money and international fame. Unfortunately, these dudes don’t know how to do anything, and upon arrival, every little thing goes wrong. The friends lose their vehicle, the storm follows them throughout the adventure, and pretty much the whole world comes at them. Yes, it’s not that easy to be a bunch of losers, but these fellas are known for being persistent…Of the TOP 10 best Fishing movies for families, this is the most hilarious one.

The story follows an older couple who spent their entire summer vacation on a picturesque lake. Aging is hard, but this life-changing trip allowed them both to look at their lives from a different perspective. Norman, the husband, realized that his marriage to Ethel, the life that they had together, and the memories from the past are more than enough to be happy and to walk around with a smile on his face. Fishing is what calmed him, gavethe old guy purpose and made him believe n the greater good. On Golden Pong is a slow-paced, thought-provoking drama about family, love, hate, trust, betrayal, and life itself. If you appreciate moving and touching films, this one’s a worthy pick.

This is another lovely coming-of-age story and features a young, up-and-coming Brad Pitt as one of the two brothers enjoying life as the local minister’s sons; all they ever do is fool around and fish. It’s safe to say that fishing is their greatest passion. But while one of the boys is a calm and grown-up individual, the other sibling is a hot-headed rebel. The dynamic between the two is most certainly worth your while. The movie is full of heart and will be just the perfect pick after a difficult day at work. Just grab a beer, some snacks, close the door and let this calming film take you away. Put it on your list of best Fishing movies to watch!

Even f you’re not a fan of fishing, you must’ve at least heard about this film. It’s a classic 1975 cut and one of the finest horror/thriller movies in history. A shark hunter, a doctor and a cop come together to defeat a terrifying enemy – an angry white shark that’s cutting people in half. The locals are scared out of their heads and are locking themselves up in their homes. The local authorities are helpless against this seas monster, and there isn’t enough time to wait for the Army to arrive. These three men need to act now and save the lives of the innocents. The clock is ticking! As a huge summer blockbuster, Jaws is a must-see.

This is a great big-screen adaptation of Hemingway’s classic story. Santiago is an old man who’s been through the storm. One day, while out on a regular trip, he makes an impressive catch, the best one in his entire career. Next, a huge shark attacks him in an attempt to take away his bounty. Santiago is not one to run away from a real fight and grapples with the beast for days. Eventually, he goes back home half-dead – beaten up and torn, and bones are the only thing left from his fine catch… Definitely, one of the TOP 10 best Fishing movies to watch.

Another fine adaptation of a class tale. Ahab, the main character of this film, is a captain, and he’s ready to do whatever it takes just to have his revenge. A while ago, a gigantic whale took his leg away, and now it’s time for him to punish it. The narrator is the only survivor of a ship wreck – he tells the story of his captain’s quest for killing a whale that took everything from him. Moby dick was released back in 1956,but, in all fairness, it’s still an awesome movie with a unique atmosphere and a great plot that makes you think about revenge and the consequences of a wrong decision.

As far as the best comedy movies on our list go, this one’s right there among the best. Based on a novel by the legendary Steinbeck, it’s a fun, engaging and simply hilarious move about fishing that the fans simply have to check out. Now, it might be hard to buy it at your local stores, as it came out 75 years ago. At the same time, if you do manage to get your hands on it, you’ll be one of the few folks who have it in their possession. Two men, two fishermen, fall for the same lady and do everything in their power to win over her heart. They’re not superheroes or anything like that and use simple yet effective tricks to make sure they beat each other at this thrilling game of love.

Without a doubt, this is one of the TOP 10 best modern Fishing films, if not the greatest one. It comes with a star-studded cast, a gripping, thrilling plot, and lots of dramatic scenes shot without a single CGI effect. Yes, people include this movie in pretty much every single list out there, but that only proves that The Perfect Storm is a stand-out release. Commercial fishermen risk their lives every single day and go away from months, leaving their families behind. These men were hoping that they’d return home with a glorious catch, but instead got caught up in the scariest storm of the century. None of them was prepared to face nature’s wrath. However, if they want to survive, sacrifices will have to be made.

Quoyle is an emotionally-weak, insecure man who can’t take a grip on his own life. He goes back to his hometown and moves into his family’s old house with his beautiful daughter to start over and to find a way to reconnect with his child. The tiny fishing town welcomes them with open arms and the man even gets a job. Hiscolumn about shipping and fishing in the local newspaper becomes popular in a matter of days. And when Quoyle meets a beautiful widow, everything changes for the better.

Ok, ladies and gentlemen, now you know what is the best Fishing movies. We spent a lot of time on compiling this list for you, so, make sure to check ‘em all out and hit us back in the comments section.