The French have a prominent place in the modern-day film industry and are known to deliver all-time classics every now and then. Back in the day, when Hollywood was just starting, these folks were on the forefront of it all. Today we’ll discuss the TOP 10 best French movies for all time – the greatest releases that you need to check out.

Some of them might seem to be a bit awkward for you; others will be naive and even foolish. Still, these movies stood the test of time, and that means they deserve the highest praise. So, without further ado, let’s take a look at our fine list. 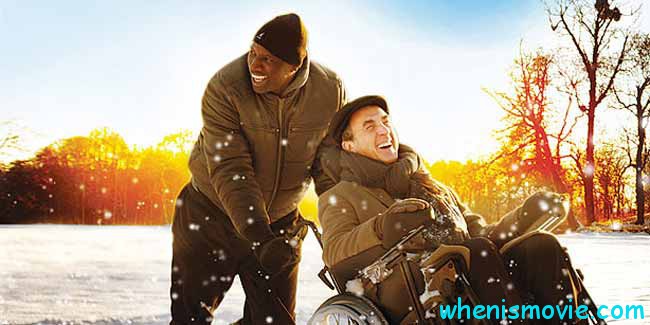 Malik is a young man of Arabic descent, forced to spend the next 6 years of his life in a French prison. He assaulted a bunch of cops and now has to answer for his actions. He doesn’t have any family and/or money in his pockets to secure his time in the joint. The place is known for being extremely violent and corrupted.

Malik can’t trust anyone and will have to rely on himself in every step he takes. Well, that’s what he thought in the beginning. But when the head of a local gang tells him to kill the boss of a rivaling “organization”, the boy has no other choice but to follow. In return, the Corsicans take him under their wing and offer protection. Soon, Malik turns into one of the most trusted and resourceful members of the gang.

Paul is a struggling writer trying to find his place in the world. So when they offer him to write a script for an upcoming Ulysses adaptation, he gladly agrees. The producers didn’t like the previous script and want the new one to be more “mainstream”. Along the way, Paul notices that the big-bad producer really like his wife and decides to use her as a tool for moving further up the ladder in the industry.

And when Camille finds out about this, she confronts her man and demands answers. Even though he denies it and tries to turn the situation around, the beautiful woman claims he ruined their marriage and leaves him. Put Le Mépris on the list of best French movies to watch if you appreciate classy old-school cuts.

Welcome to 1890: Van Gogh, one of the greatest painters in history, is spending his days and nights in a modest inn. Approximately 70 days later, the man dies from an untreatable gunshot wound. But, before that day arrives, the master works almost 24/7, creating some of his best portraits and landscapes. His brother pays him a visit one day, along with his lovely family.

Van Gogh knows that this is one of the final happy moments in his life and tries to make the most out of it. After they leave, he has a huge fight with his sibling, acts like a lunatic in a local brothel, falls for the innkeeper’s daughter, and even starts to call his own precious work a piece of crap. Van Gogh wasn’t the most stand-up man, but his art is priceless.

Without a doubt, this is one of the most moving, touching and uplifting love stories in history. Anne and her husband used to be music teachers; now they’re spending all of their time on each other. Unfortunately, she has a stroke one day and it turns their lives upside down. Slowly, Anne starts to lose her physical and mental strength. However, she doesn’t want to move to a house for the elderlies and asks her man to take care of her. The stroke paralyzes the poor woman’s right side, and pretty soon her condition worsens, forcing Georges – her husband – to make a fateful decision. Of the TOP 10 best French movies for families, Amour is a must-watch.

Antoine is a teenage boy who always gets into all kinds of trouble at school. Back at home, he’s forced to sleep in the kitchen, as his parents are poor and barely get by. His mom and dad argue all the time and the kiddo knows that his mother is seeing another man. Eventually, Antoine decides to drop out from school and start a life of crime and stealing.

The cops do catch up to him and send the young “gangster” to a juvie. Still, he remains the same problematic kid that always finds trouble. He manages to escape; and, instead of realizing the wrong of his ways and getting back to his folks, he turns into an even bigger thug, putting his own life in danger and breaking his parents’ hearts.

The story follows a regular French girl, a high-school student on a quest towards understating who she really is and what she wants from life. She is pretty and has sex with several men. They fail at satisfying her, forcing the teenager to believe that sex is, indeed, overrated. It all changes when she first lays eyes on Emma, a dashing free-spirited mademoiselle that steals the fragile girl’s heart.

Adele becomes infatuated with her and doesn’t even notice how she loses all of her friends. They don’t like Emma because she’s into girls but, the blue-haired beauty doesn’t really are. Adele finds herself falling for her new friend and together they try to overcome the many obstacles on their way. Definitely, one of the TOP 10 best French movies to watch.

Juliette, the main character of this classic film, has spent her entire life in a tiny townlet in France. But when she becomes the wife of Jean, a barge captain, that all changes. She joins him on his life-defining journey, along with the old crew members. Père is an older guy who seems to be in love with cats (he has a bunch of them running around on the boat).

He used to be a famous seaman and traveled across the world back in the day. He’s like the direct opposite of Juliette who’s excited about this trip and wants to share the joy with her man. These fellas were used to being all alone on the Atalante. And now that there’s a lady aboard, they are forced to change their habits to a certain extent. Will the woman bring peace and order into their hearts or will she break them?

It’s the 1920s, and movies are the most popular form of entertainment in the world. George is an artist with a huge fan base that has turned him into a living legend. On the set of his latest film, the man falls in love with a struggling young actress. She also finds him quite attractive and loses her sleep over the megastar.

However, George is a faithful man and can’t allow himself to betray his wife with a girl who’s almost half his age. At the same time, sound movies are taking over the world, and the actor is losing his fame. Peppy, on the other hand, turns into a worldwide superstar, which puts them ever further apart from each other. Is there a chance for them to be together? Our TOP 10 best modern French films list wouldn’t be full without this exceptional movie.

Philippe is a rich and influential man with enough money to buy the whole neighborhood. Unfortunately, he’s paralyzed and there’s nothing the docs can do about it. He’s looking for a caretaker who will follow his every step and attend to his needs. After talking to dozens of potential candidates, he doesn’t pick any of them. What the man needs is someone engaging and charismatic. That’s how he meets Driss. He’s a rude fella from the streets who only cares about himself. The youngin wants Philippe to sign some papers for him so that he can receive benefits from the government. So, they strike a deal: Driss will spend one month as the wealthy guy’s caretaker; in return, he will get what he wants…

The plot follows a young and beautiful citizen of Paris who dreams of making the world a better place. She’s just a waitress at the local cafe but wants to make a change – to help the folks around her. So, the girl makes an effort to befriend a neighbor who doesn’t care about the world anymore, turns the life of a mean fella into a living hell, and does everything else in her power to right the wrongs and to restore the balance.

Somewhere along the way, the charming young woman meets her love. It all starts with Amelie finding a tiny box and following the guidelines. Will this be the beginning of a breathtaking love story that she’ll tell her grandkids about?

Alright, so, now you’re educated on what is the best French movies. Check ’em all out and stay frosty!