The list of films from the Korean directors is impressive, but before talking about their genre diversity, it’s better to understand how Korean films conquered their viewer. In such movies, the deep meaning is so subtle and important that after viewing there always remains a unique impression that cannot be forgotten. That’s why Korean movies are so popular among the viewers. Well, if you decide to see TOP 10 best Korean movies to watch, then be sure that in addition to the traditional jokes and fantasy frames in the film will be a special mystery. 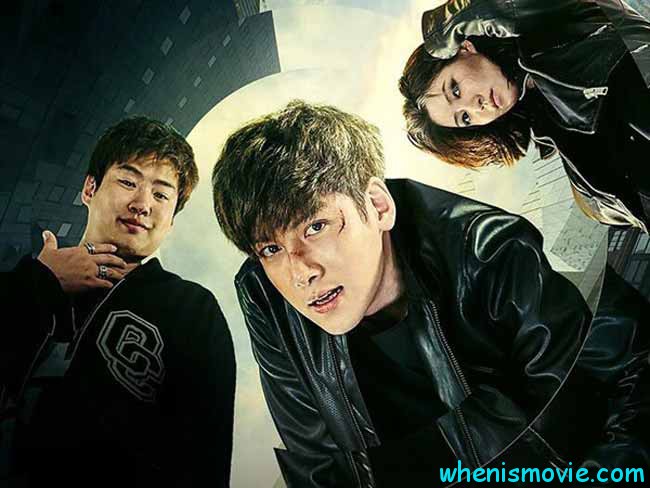 The war drama tells about the tragic fate of two brothers during War, which began in 1950 and ended in 1953. Master Shoemaker Jin-tae Lee lives with his mother, younger brother and bride Young-shin Kim in Seoul. After the Japanese occupation, life in the city is just getting better, but it’s very difficult to make ends meet. The younger brother is a good student and has great hopes for the future, but the guy is very weak in terms of health.

However, a happy future is not destined to happen. Seoul is attacked by North Korean troops, and the brothers, against will, are at the front. There are fierce battles, but Jin-tae must perform a feat to let his sick brother go home.

The plot of the crime thriller is fairly simple and cruel. The film tells how a former employee of the elite police unit of Seoul named Joong-ho Eom ended up with the work of a simple pimp, providing a cover to the prostitutes. His life was not bad until his girls began to vanish without a trace, and the business to bear losses.

Using police skills, Joong-ho Eom conducts a small investigation and notes that the missing prostitutes were ordered from the same telephone number. Joong-ho thinks that the stranger poaches his collaborators, but things are much worse. A brutal persecutor, a sadistic maniac mocks and kills girls, luring them to him.

Problem child is in the TOP 10 best modern Korean films.

Sometimes the road to the home is very thorny and runs not so much through the dangerous or remote corners of the planet, but is accompanied by difficult tests. Sang-woo, difficult child,will have to pass a series of tests. In his seven years, the boy has a bad temper, cocky and stubborn, but this is the fault of the mother, who did not pay enough attention to her son. During the summer holidays, the mother sends Sang-woo to live in a remote village to her grandmother.

A lonely dumb old woman sees her grandson for the first time, but she is glad the boy’s arrival. For Sang-woo, this stay in the wilderness, far from the usual city with all its benefits, is tantamount to prison. A spoiled boy treatshis grandmother with disrespect and sometimes cruelty, but the old woman, full of wisdom,treats the tricks of the grandsonwith patience and silent love because love is all-powerful. Perhaps the boy will understand that the way home is much closer than he thought.

Modest owner of the pawnshop Cha Tae-sik lives and works in a quiet area. Day after day he leads a modest and quiet life. Girl Jeong So-mi, his neighbor, living with her mother who is adrug addict. Wanting easy money, once,mother and her friend decide to steal from drug courier narcotics. The gang that owns these drugs, trying to return their goods, kidnaps the girl and her mother…

In the center of the plot of the dramatic film are strange, unusual relationships of people who understand each other, whom fate brings together for a short period of time, for which both begin to feel happier. All day, a young, lonely guy, Tae-suk, travels around the city to advertise brochures. It’s true that in the evening Tae-suk returns to check on what doors the brochures are torn off, and on what remained.

The latter signifies the absence of the owners of the house, which means that the guy has a new temporary shelter. But the last empty house is not so empty, in it, Tae Suk discovers an unhappy young woman Sun-hwaand later her husband monster, who regularly beats his wife. Tae Suk saves her from another beating and Sun-hwaleaves home with her savior to start a new, quiet life.

The middle of the TOP 10 best Korean movies for all time.

The events of the film begin in 1988. An ordinary businessman Dae-su Oh goes home on his daughter’s birthday but gets drunk on the way behaves like a hooligan and therefore soon finds himself in the police station. His childhood friend No Joo-hwan takes him from the police, but at this time unknown persons kidnap Dae-su Oh and put him in the cell of a private prison where there are no windows. In prison, he spends as much as 15 years, he has a TV, through which he can learn about what is happening in the country and the world. One day, from thenews, Dae-su Oh learns that his wife was killed, his daughter kidnapped, and the main suspect is he.

The actions of the criminal detective occur in 1986 in a small provincial South Korean town. In the outback, there are brutal murders of several women by one maniac, who rapes victims, and then kills. Two local police detectives are investigating the case, but their only methods are interrogations and tortures of suspects. Thus, stupid detectives cannot break the ice.

An educated, competent and experienced detective from Seoul named Seo Tae-yoon arrives to help. He does not approve of the methods of work of his colleagues, resorts to his skills, but this does not help the investigation. Meanwhile, there are new victims, forcing the detectives to remember the murders committed by the maniac. An experienced detective entangles in this cruelty of a small town and becomes as embittered as his colleagues.

Kang Yeo-Riis a nice Korean woman, abstracted from the bustling outer world. The girl is forced to perform the role of the recluse so that others are not afraid of a unique gift. It turns out that the recluse can see different ghosts. When the young lady, tormented by such a curse, opened the truth to her relatives, they reasonably considered her insane, moving farther away from the strange person.

Time goes by, Yeo-Ri sometimes makes sorties in order to look at the magic show. The performance of the young Ma Jo-Goo is accompanied by satisfied audience applause. Suddenly, the clever fellow notices among the gray masses film heroine.

Becoming a father, Choi Dae-Ho has acquired a new meaning in life. From the very moment when he first took his child in his arms, the heart of a young man was filled with love and affection. Carefully following every step of the baby, playing and communicating with him, the guy seemed to fill some kind of emptiness in his soul and from this, he became happier. But one day the fatal case interfered in the life of the young father.

While walking with a child, Choi Dae-Ho starts a game “hide and seek.” The Kid, with pleasure supporting the idea of ​​his father, runs around the park and looks for especially secret places in order to hide. But in the midst of the fun, there are unknown people who, grabbing the boy,get him into the car and immediately leave. A grief-stricken father who failed to protect the child turns to the police. There, he is persuaded to wait a few days and expect a call from the kidnappers for ransom.

The leader of the TOP 10 best Korean movies for families.

In the real world, Kwon Yoo is an unemployed loser, but in computer games – a living legend and a real warlord. Once in a cafe, a guy finds a lost mobile phone, whose proprietor asks him to return the phone for a reward, which he does. And the next day, Kwon Yoo is taken to the police. The landlady of the phone is raped and killed, and our virtual hero is an impeccable defendant.

Hope it helped find out the answer to the question -what is the best Korean movies?