Some Hollywood actors sometimes try to take the participation in the movies with very unusual but at the same time quite realistic and complicated genre. The crime dramas, in fact, very often connected to the relationships of lawyers, their lives and issues they have to solve directly. We are representing our TOP 10 best Law movies for all time that are recognizable all over the world. 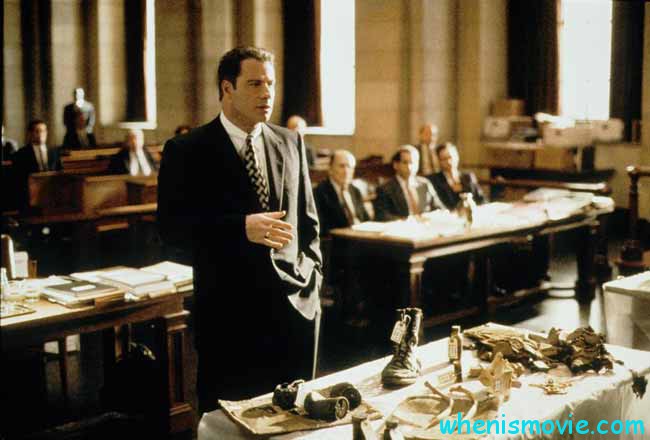 This is the touchable story of a successful son coming back to his native city where he was born and lived with the family – the locals are not really happy with the fact they will have to see him but the successful and well-known criminal defense lawyer had to come as his mother passed away.

The lawyer is in bad relationships with his father and the rest of the family but the following events make him change his mind and values. The morning after the funeral, the main protagonist notices some sort of damage on his father’s car, as well as someone’s blood. His father is believed to kill a victim known as Mark Blackwell but the old man denies having done that.

Later on, the main character helps his father get the diminished capacity defense due to his not being able to remember the accident because of having some serious health issues. Afterward, the lawyer finds his former girlfriend who says she has a baby from him.

This project from the latest TOP 10 best Law movies for families came out in 2000 and made American actor Samuel L. Jackson extremely popular. In the very beginning, this American war movie focuses on the story of a Lieutenant during the Vietnam War. He makes a decision to execute the prisoner in order to make the officer of Vietnamese army to cancel the ambush of the Marines from the United States. In that moments he manages to save the life of his companion although many of his own people tragically die.

Many years later the Lieutenant is about to retire from the Marine but starts thinking about the wounds he got during the war in the past. They, in fact, became the reasons why he was sent to the law school. Afterward, he finds out that his old friend whose life he saved many years ago needs him for being his defense attorney – the friend of him has killed more than 80 civilians protesting in front of the American embassy.

American comedy starring Jim Carrey represents the life of a successful lawyer that is focused on his own career and money. There are his nice son and wife he doesn’t love that always wait for him at home. He always makes a bunch of excuses in order to avoid spending time with his son dedicating, instead, himself to the successful career.

On his birthday, the son of the main character makes a wish – from now on his Dad has to say the truth and nothing except that within 24 hours. It crushes everything the character of Carrey has been building and creating for years. As soon as he realizes it has something to do with his son, he goes to him in order to cancel the spell but has to solve some unpredictable family issues.

Another project from our list of best Law movies to watch with an unexpected end focuses on the story of successful prosecutor Rusty. He is in the romantic relationship with a colleague that later on is found raped and killed. The investigation is in hands of a close friend of Rusty working as an inspector – he is told he has to leave out all the known possible connections between Rusty and his girlfriend.

In the film, it is also known that the main character is married but is not very satisfied with his family life. Afterward, he is accused of the murder of his lover. However, in the end of the story the investigation turns out to have an unexpected end – the killer of the woman is actually the wife of the prosecutor portrayed by Harrison Ford.

This historical drama is created and directed by Steven Spielberg. The story is fully based on the true events focusing on the ship full of the slaves. The events are focused on it as it travels from Cuba to the United States of America in the late 1830s. After the protest on the ship, the slaves are misdirected and sent to the east coast of their final destination where they have to become imprisoned slaves who run away.

The story represents the life of a successful lawyer who just started his career in one of the largest corporations located in Philadelphia. He, in fact, has to hide his homosexuality and the fact that he suffers AIDS. The reason why this film from the TOP 10 best Law movies to watch has become well-known and receive many awards from the film critics is because it shows the story of the man trying to prove that he has the even rights with other people despite his sexual orientation which also brought a huge popularity to Tom Hanks portraying the main character.

He makes a decision to hire a good lawyer to represent him and finds one that first declines to take the case but afterward agrees to help the man.

American drama movie that brought the popularity to young Tom Cruise and other nowadays well-know actors. The movie focuses on two Marines from the United States that start their own investigation as they are considered to be accused of murdering a Private Marine known as Santiago. In fact, it is also known that he surely had poor relations with other marines and wanted to be transferred to completely another base hoping it would be better. The same night he dies.

Afterward, the two suspects are being arrested – it is known that they might have used the order “code red” being sort of a punishment. The story turns out to be very complicated but in the end, the two Marines are finally cleared of the murder charge. But they no longer can be the Marines becoming dishonorably discharged.

Another film from TOP 10 best modern Law films tells the story of an African man being guilty of killing two White males that raped and tried to kill his young daughter. The lawyer agrees to defend the Black man being absolutely sure he is right. The fresh started investigation seems to have certain consequences – one day the house of the lawyer gets burned with his wife and daughter inside.

Later on, during giving the arguments in the deliberation, the lawyer gets very nervous and begs the judge and the present people to listen to a story. He has to painfully describe the rape of a young girl and in the end, just adds – now imagine she is white. The Black man is innocent.

In this movie, John Travolta portrays the successful attorney whose task is to take a case against the company making huge environmental toxins as well as dangerous contamination that unexpectedly somehow become the reasons of many young children’s deaths. The movie is actually based on the book with the same name and got positive feedbacks from the viewers.

When it comes to the question, what is the best Law movies, this one is surely believed to be a real piece of art in the American cinematography. In this film, Keanu Reeves portrays successful defense attorney later on starting working for him, as he later finds out, a father named Milton that actually reveals him as Satan himself. Moreover, he suddenly finds out that he has a sister with whom he was in love with before Milton says they are siblings.