Lawyers have a permanent place in the modern-day film industry because they deal with criminals, psychos and wrongfully condemned people. Today we’ll talk about TOP 10 best Lawyer movies for all time. They’re equally thrilling, gripping, and exciting.

Get ready to dive into the world full of secrets, lies, betrayals, and skeletons in the closet. People of this profession put their own lives at risk just to make sure justice prevails. If you’re a fan of the genre, get comfortable in your chair and let’s check out our fine collection. 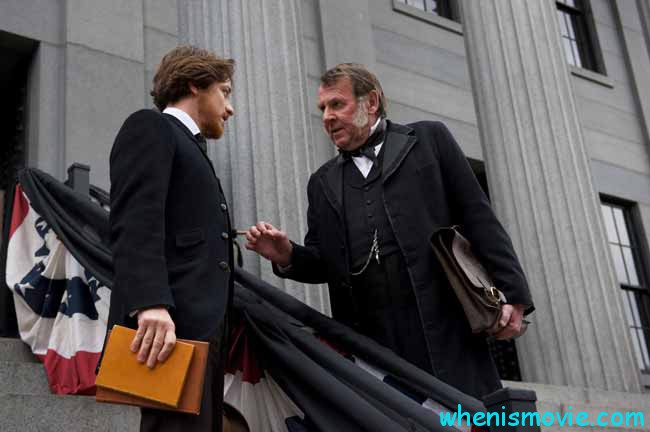 Even if you’re not a fan of big-screen releases, you’ve probably heard about the DA. Lomax is a talented young attorney. He’s got the wits, the smarts and the grip of a true champion. Over his career, the man has never lost a single case, and that is why the greatest law company on planet Earth has noticed him. They make him an offer he can’t refuse and the pro moves to NY – the greatest city in America.

However, his beautiful wife starts to go crazy and see demonic creatures on every step of the way. But Kevin, the lawyer, is simply too busy winning more cases and doesn’t pay any attention to it. Mr. Milton, his new boss, strikes him as a brilliant person; yet, the longer they work together, the more he realizes that his wife was right – he’s not a human being…

Of the TOP 10 best Lawyer movies for families, this is the funniest one. Bill and his best friend are on a road trip to college, trying to get the most out of life.  On the journey, they stop at a regular store to buy something to eat. But before they get a chance to leave and be on their way, the cops arrest them and put the poor fellas in jail.

Why the hell would the authorities do that? Because the friends are prime suspects in a murder case. Obviously, the chaps have no money for a solid attorney, and that is why they turn to Bill’s cousin, an impudent and sassy man from New York. He might not be the best lawyer in the world, but he sure does know how to push his way through to the pedestal.

Fletcher is not a stand-up guy. In fact, he’s built his career as an attorney by lying on every step of the way. Because of his impossible character and habit of never telling the truth, he’s a divorced man now. At the same time, he’s doing great as a lawyer (at least, the checks keep coming). The man has a son, a little boy, and always puts works first. His kid is already used to him being away all the time; so, he makes a wish on his birthday – that his father stops telling lies for a whole day and speaks only the truth. Surprisingly enough, the child’s wish comes true. Naturally, it turns Fletcher’s life into a disaster. How on Earth is he going to keep his job and his friends now that the truth is out?

Lincoln, one of the greatest leaders of the United States, has just been assassinated, and the cops apprehended 7 men and 1 woman as the potential conspirators against the American government. The lady’s name is Mary, she’s 42 and owns the house where the real assassins got together and worked on the plot to overthrow the president.

The spirit of the Civil War is still in the air, and Mr. Aiken, a young war hero, takes it upon himself to protect the woman’s rights in court. At first, he didn’t want to represent her; later, he realizes that she might, indeed, be innocent in this case. Most of the American citizens considered her to be a murderer. But what if that’s true? Put The Conspirator on the list of best Lawyer movies to watch if you love historical dramas based on true stories.

Erin is going through a rough patch: she’s a single mom without an income and is ready to do whatever it takes to land a job. Unfortunately, no matter where she goes, they always refuse to hire her. She even loses a lawsuit in an accident on the road. Yet, the woman uses it as an opportunity to make her attorney hire her.

She has no clue about the profession, but she’s got the heart of a tiger and follows quite a suspicious real-estate deal involving a huge company that specializes in gas and electricity. Erin learns that the big honchos are trying to cover up a crime they committed: instead of proper dumping, they contaminated a large territory with lethal toxic waste. Eventually, Brockovich becomes the best employee at the firm and clashes with the greedy moguls.

Sarah, a regular American woman, is raped by a gang of men. Katheryn is the DA and is ready to do whatever it takes to prove that those monsters need to pay for what they’ve done. The defense argues that the victim took a lot of drugs that day and acted all kinds of flirty at the bar. Still, that didn’t mean her attackers had the right to assault her and to hurt the poor woman. The Accused is based on a real story and is quite a resonating release. Katheryn wanted to make an example of this case and make sure that not only the rapists but also the people who encouraged their actions were punished. Of the TOP 10 best Lawyer movies to watch, this is the most thought-provoking one.

A judge is found dead – he took his own life – and his secretary was killed in unknown circumstances. The cops arrest a homeless fella, a deaf-mute person as the main suspect in the crime. A woman named Kathleen, a public defender, becomes the man’s lawyer. She’s confident that her client is innocent and focuses on finding the one responsible for the murder.

On her quest, she is joined by Eddie, her old friend. Together, these two crime fighters uncover a devastating chain of corruption and deceit in the elite government circles. Will they be able to bring them all down, or is the system just too strong to face it in an open confrontation? The cast includes Cher and Liam Neeson.

Mitch, a gifted young lawyer, has a great future ahead of himself. One day, a man from a company called “The Firm” makes him the offer of a lifetime. Mitch gladly accepts, enchanted by the big checks, the gifts, and the opportunities. He doesn’t have any idea what these people are really up to. But when two of his colleagues go missing, agents with the Bureau get in contact with him and ask him to work for them. That moment, the lawyer’s life turns into a game of survival. He still has a choice to make: either stay loyal to his employersor work with the Feds and bring them down. The Firm is, without a doubt, one of the TOP 10 best modern Lawyer films.

Clayton is an elite lawyer, a man who fixes whatever problems his employers encounter. He used to be the DA and takes advantage of his old contacts in the police and the Justice system to get the job done. The man is a gambler and a drinker but always manages to take care of the messes his employers deal with.

At the same time, he’s disappointed with his life and the missed opportunities. His brother owes a significant amount of money to some very serious people, and Clayton doesn’t know how to pay them back. Soon, he’s about to face the hardest case in his life. If he manages to fix this one, everything will go back to normal. But if he fails, his own life will be at tremendous risk.

Welcome to Alabama, 1932. Mr. Finch, an honored and respected member of the community, is a single father raising two kids – a boy and a girl. He’s involved in one of the biggest cases in his career: Finch is representing Tom, an African-American man who is accused of raping an innocent white girl.

The lawyer is confident that his client is not guilty and that the white folks are letting prejudicetake over their hearts and minds. Based on Lee’s iconic novel, this is quite a resonating movie for the United States.

So, now you know what is the best Lawyer movies. We’ve got classic cuts, stuff from back in the day and modern-day movies. Make your pick and enjoy!