When asked about mermaids, we go back to our childhood days and remember the cartoons that used to be huge back in the 80s and the 90s. And today we’ll talk about the TOP 10 best Mermaid movies for all time.

Now, while there is a number of awesome cartoons/animated movies about these fascinating creatures, the film industry has enough to offer to the older audience. So, put your swimming costume on and let’s go for a swim with these magnificent women! 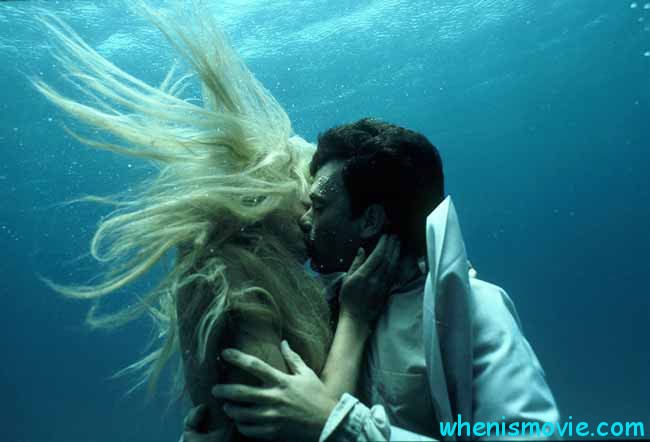 This is an old-school masterpiece that came out in 1948. Mr. Martin is a doc who finds a mermaid on his regular fishing trip. She lures him into the water and offers a deal: she’ll let the man live if he agrees to take her as his woman. The doctor gives her some clothes and puts the magical creature in a wheelchair.

Pretty soon, Miranda starts to fool around with all the men in the vicinity, making them nervous and driving their ladies crazy. All she cares about is having a little bit of fun, but the locals don’t really appreciate her ways. And when the residents of the village discover that she is, indeed a sea creature, they turn their backs on her and move on with their lives.

Johnny, a regular sailor, comes across a gorgeous woman on the shores of Santa Monica. He falls in love with her and it seems like she feels the same way. The beauty is playing the role of a mermaid at the local theater and is confident that she’s not a human being but rather a being from the sea.

At first, the man doesn’t pay any attention to her words. However, when he realizes that her previous two partners vanished in mysterious circumstances, he starts to wonder whether there is some truth to what Mora was telling him. Put Night Tide on the list of best Mermaid movies to watch if you appreciate good-old classics with plot twists and beautiful shots.

Claire and Hailey have been best friends for as long as they can remember, and now they’re facing a huge problem.The summer is about to end and in less than a week Hailey will have to leave with her mom and dad to the other side of the world. It’s safe to say that only a miracle will save this situation. Thankfully, the girls get it – in the form of a dashing mermaid who appears on the shore after a mighty storm.

All she’s looking for is a man to fall in love with, and the three ladies strike a deal: the BFFs will help her with the romantic quest if she finds a way to keep the girls together. The underwater guest falls for the lifeguard, quite a masculine and charismatic man that all the women in the vicinity want to be with.

Ariel is a teenage sea-maid who’s in love with the life on land and dreams of going out there and living among the humans – permanently. Her dad forbids her to leave the water, but the young lady simply can’t keep herself from following her heart. One day, she meets a prince – a man – and falls in love with him.

Obviously, they can’t be together; so, without giving much thought to what she’s doing, Ariel strikes a deal with the ugly witch from the sea to turn into a human girl for 3 days. Nothing goes according to the plan, and the King of the sea, the kid’s father, sacrifices his own life to save her. Of the TOP 10 best Mermaid movies for families, this one’s a must-see.

Fiona, the heroine of this tale, is a 10-year-old girl who is living with her grandpa and her grandpa in a tiny fishing village. The locals tell her about a legend: one of her ancestors married a seal-human hybrid. Many years later, her little brother was found on the shore, and some folks in the family think that the seals raised him. This mysterious story captivates the little adventurer and she decides to get to the very bottom of it. What will she find on her quest? Do these magical seals really exist, or is it just a myth that the fisherman like to tell inexperienced little visitors?

The story follows Thomas, a professor of history who’s studying centuries-old love spells. Unfortunately, his work doesn’t bring any substantial results and that is why they’re about to take his grant away. At the same time, he can feel that he’s on the verge of a major discovery and just needs a little bit more time.

Mr. Coulter, a renowned and wealthy fellow professor, offers the man to stay in his house on a Greek island and keep on working on his project. His teenage daughter joins him in this quest, and together they embark on an adventure. The girl meets Nereid, a lovely woman that lies in the water, and uses her dad’s spells to make her fall in love with him. Definitely, one of the TOP 10 best Mermaid movies to watch.

Part drama, part comedy, this is one of those old-school movies that look fresh and exciting in the age of CGI effects and tricky plots. Peabody is just another man going through a middle-age crisis. Life doesn’t see to excite him anymore, and he goes on a vacation, hoping to get a fresh start. On his trip, he catches a fish with a woman’s body and falls in love. Next, the man brings her home and takes care of the jaw-dropping stranger. Naturally, he’ll have to keep her a secret from the whole world, especially his wife who will never forgive him if she learns he’s got a new mistress.

Mr. Heep, a superintendent at a shabby apartment, meets a beautiful girl in the swimming pool. He slips and falls into the cold water. Thankfully, the mesmerizing woman saves him; later, he discovers that she’s a mermaid from the Blue World. She has a message that the man needs to deliver to the humans. It’s of the utmost importance and, for some reason, the princess of the water decides to trust him with it.

Will he step up and help his new friend do what’s necessary? In order to do that, Heep will have to convince all the folks living in the apartment to help the underwater guest and to protect her. If you’re looking for the TOP 10 best modern Mermaid films, make sure to check this release out.

Cody always believed that he’s just another normal teenage boy. But when he turns 13, he realizes that there’s something wrong with his body. Nobody can beat him in swimming; his family loves and supports him; there’s a girl that seems to like him. However, he knows that the changes aren’t going to stop and that he’ll turn into a human fish soon unless he does something about that.

Cody discovers that his birth mom is a sea-maid and that it’s a part of his DNA. So, what is he supposed to do now? No girl will ever like him if she sees his fins and the scale all over him. Is there a way out of this mess? The 13th year is an incredibly funny and kind movie for the kids and the grown-ups.

This is the greatest film in this the sub-genre, period. Back when Allen was a kid, he was saved by a beautiful young mermaid. Many years later, as an adult, he returns to that same spot and she saves him once again. The man is not sure who or what she is, but can’t help himself from falling in love with her.

Fate separates them for the third time, forcing her to come out of the water and look for him in the big, scary NY. These two are meant for each other, and nothing will stop them from being together. Not even evil scientists and people with prejudice.

Now you know what is the best Mermaid movies, dear fans. Make your pick and let these sea-maids take you away!