Sometimes soft films annoy and want to switch to heavier, psychedelic films. Especially for fans of experiments on their own minds we have collected TOP 10 best Psychedelic movies to watch. Strange, confusing, sometimes frightening, and sometimes fascinating, but invariably expanding consciousness – all thisis a psychedelic film. 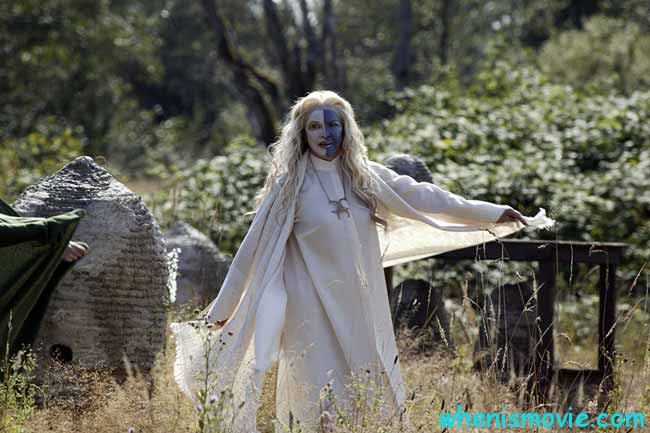 Ballet based on the fairy tale by Hans Christian Andersen about a pair of magic shoes that give the dancer the ability to dance fabulously, but do not give a stop, brings a huge success to Julian and Victoria. Victoria falls in love with a talented composer and marries him, despite the objections of the jealous Boris, who wants brilliant future for her. Thus begins the conflict between the impresario and the lovers.

Two girls are called Marie and they decide if the world is spoiled, then they will become spoiled. And so, two girls try to behave as badly as possible.

An elderly widow, Sarah leads a lonely life in her apartment. Her main hobby is watching TV programs, to which Sarah partly compensates with for the neglect of Harold, her only son. Sarah dreams someday to take part in the TV program, and one day she receives such an offer. She decides to appear on television in all her glory and goes to the doctor who appoints her tablets, which include amphetamines.

Harold, who visited his mother, notices that the drugs affect her behavior, and advises Sarah to stop taking the pills. Harold knows perfectly well what he says: he is an experienced drug addict, and drugs are the source of the main income for him and his best friend Tyler. Tyler and Harold buy doses, dilute them and resell, thus gaining solid profits. On his share of income, Harold intends to open a fashion store for his girlfriend Marion, who dreams of working as a designer. Everyone has his own dream, but dreams are nothing compared to drug addiction.

The new British cinema is represented by an art-house film which tells about the freedom of will. The film takes place in the XVII century in England, during the Civil War. A small group of deserters left the battlefield to save their lives. But, making their way through overgrown fields, the fugitives are captured by the alchemist O’Neill and his faithful servant Cutler. As hostages, theyhave to carry out orders, one of which is the search for treasures hidden in these parts.

The only food for deserters is only growing mushrooms, which turns out to be poisonous. But hunger, fear and lack of freedom of choice induces deserters to eat hallucinogenic mushrooms, which leads to the development of paranoia and also leads the poor people into a world of horror and nightmarish visions in which the alchemist O’Neal seems to be a real devil. How to get out of this bloody field in England to get rid of the unreal hell?

The film’s director Gaspar Noe offers the viewer to become a part of the story, to plunge into the journey between life and death and see everything through the eyes of the main character – ayoung guy named Oscar. Twenty-year-old Oscar and his eighteen-year-old sister Linda lost their parents in an early childhood. Parents died in a car accident. They were separated for years, but after growing up, they moved to live in Tokyo.

The guys live in a small apartment and make a living as they can – Oscar sells drugs, and Linda dances a striptease in a local club. Once, at a regular meeting with the buyer in a bar called “Void,” Oscar gets caught in a police raid and dies of a gunshot wound. But the guy does not want to leave this world until his body enters the void, the soul hovers above him, smoothly moving around the bar and the city. Oscar’s soul hovers around Tokyo, sees friends, sister, sees the past, the present, and the future.

The middle of the TOP 10 best Psychedelic movies for all time.

In 1971, two men went to Las Vegas to visit the local the motorcycle race “Mint 400” and highlight it in their article. These men are a strange team of journalist Raoul Duke and Gonzo, his lawyer. Both of them are long and hopelessly on hallucinogenic drugs, so the car journey to Las Vegas turns into a series of hallucinations and delusions.

In the second half of the XIX century, accountant William Blake, the namesake of the famous writer and artist, who received a job offer in a town in the Wild West, is preparing to start a new life. On the spot, it turns out that there is no work for him, and Blake does not know what to do with himself. After acquainting with the local girl, the hero spends the night with her and encounters another of her admirers. After receiving a bullet in the chest, Blake does not die.

He is hiding from the law and begins a long journey, and the Rangers are going to get a reward for his head. Blake meets an Indian named Nobody – a man expelled from the tribe. Nobody, long in love with the poetry of William Blake, with whom the accountant is not even familiar, in memory of his life in London and in honor of the love of art decides to help a new friend, and they continue the journey together.

A cult-action detective thriller by Italian director Dario Argento gradually immerses the audience into a mysterious atmosphere of mysticism and gloomy rituals. In the center of the story is the young ballerina Suzy Bannion, who came from America to Germany to study in the famous ballet school with its own history.

Upon arrival at the site, she becomes a witness of a strange spectacle – a girl running out of the doors of an institution closed for the night, she will be found dead in the morning. Puzzled by such oddities, the girl, nevertheless, begins to study ballet, eventually noticing other features in the life of students and teachers of the school. Strict rules rule here, mentors of few words, and other students are extremely unpleasant with their unfriendliness.

But it is only at first glance everything is natural, whereas a long stay in the walls of the institution begins to cause growing alarm associated with the missing of some girls and others, causing only shivers, incidents. The tension is building, forcing Suzy to search for the causes of those terrible events that have covered the whole school and threaten the lives of young female students.

Former policeman Edward Malus receives a letter from his longtime friend, in which she asks to find her missing daughter. Investigating the disappearance of a little girl, Edward finds himself on a strange island with very strange people and discovers that the disappearance of the girl is connected with the secret society existing on the island. Incomprehensible symbols, frightening rites – the policeman will have to understand all this, to learn a terrible secret…

The leader of the TOP 10 best Psychedelic movies for families.

Pinky Rose comes to the commune in the California, but soon escapes from there along with Millie Lammoreaux. Millie lives in an apartment complex for singles and spends evenings in a bar. Pinky moves to Millie and makes friends with Willie, the pregnant wife of Edgar, who owns the complex.

We hope it answered the question – what is the best Psychedelic movies?