Teens these days are not what they used to be a couple of decades ago: the modern-day kids are tech-savvy, smart, witty and educated on a lot of stuff, which means you can’t just make “so-so” films for them and call it a day. With that said, we are proud to give your our personal TOP 10 best new Teen movies 2017 list that will be appreciated even by the slickest prodigies out there.

It’s safe to say that comic film adaptations are both exciting and entertaining, which is why Logan is a must-watch if you’re a teenage lad/gal. The good-old wolverine is back, and life isn’t as sweet as it used to be anymore. There’s a girl named Laura – she’s been cloned from the big guy’s DNA, and now it’s up to the X-Men hero and the haggard Professor X to protect her from an evil organization hell-bent on destroying everything Logan loves and holds dear to his heart. He doesn’t have his super-fast generation ability anymore, which means he’ll have to handle this like an ordinary man. Nobody else is willing to put their lives at risk just to protect Laura, so, the question is – will the two old friends manage to pull this impossible mission off?

There’s an uncharted island right in the middle of the Pacific Ocean, and two brave men – James, an ex-SAS operative and Mr. Randa, a government honcho – have signed up for an exciting expedition into the unknown. They are assisted by a team of highly trained soldiers and at first, it seems like nothing can stop them. However, just when they close in on the island, a gigantic ape destroys the chopper and leaves all the survivors stranded. Kong is not the only danger out there: other lethal monsters and local tribes are hungry for some human blood! Of all the TOP 10 best recent Teen movies, this one’s a sure thing.

Mr. Cage is back, ladies and gentlemen, and that means more explosions, unbelievable stunts and total fun for us, the viewers. They thought that he was dead, but that was all just a part of a big “retirement plan”. Well, he didn’t get to enjoy it for very long, as the government is calling upon him once again to stop an international terrorist from using a horrifying weapon against innocent folks. At the same time, there’s a government conspiracy that threatens to flip everything 180 degrees.

Ok, let’s top that off with another Vin Diesel must-watch. The team is doing everything in their power to make the late Brian proud. But, this time around, family loyalties will be tested in a high-stakes race against the greatest cyber-terrorist in the world. This fast-paced, adrenaline-packed blockbuster is the ultimate “guilty pleasure”, which automatically puts it on the list of best Teen movies 2017. Come on, don’t you wanna know why Toretto betrayed his team, the people that he used to call his family?!

The legendary superhero is back at it again! Homecoming is yet another look at Spidey’s turbulent life. Parker is just a kid, and he’s struggling to keep the balance between his daily routine as a regular teenager and the friendly neighbor, “Spider-Man”. The Civil War left its mark on the world, and Peter is now Tony Stark’s “apprentice”. Being a superhero isn’t easy, but, under the Iron Man’s wing, the young vigilante is destined for great things.

The big, bulky and insanely powerful Asgardian is a captive somewhere in the deepest corners of the Universe, and he’s racing against time itself to break free and to stop the Apocalypse from destroying his home planet. That’s right, Ragnarok threatens to erase the Asgardian world from existence, and the son of Odin will need all the help he can get in order to stop Hela, his strongest and fiercest foe to date. Put Thor: Ragnarok on the TOP 10 best Teen movies of 2017 to watch list if you’re a big fan of Marvel and top-notch CGI effects.

Samantha, a beautiful teenage girl, wakes up one day and realizes that she’s forced to relive the previous day over and over again. Slowly, but steadily, she finds that her oh-so-perfect like had its flaws, and now she has no other choice but to fix everything and help her friends before it’s too late. Time is running out, and Sam has to find a way to make everything right; otherwise, something terrible is going to happen. Zoey Deutch is one of the hottest actresses out there right now, so, make sure to check her out in this suspenseful new drama.

Wonder is the movie adaptation of an international bestseller of the same name. Auggie, the main character of the story, is a regular child with an extraordinary face, and all he’s ever dreamed of is fitting in and being normal. Teenagers of all ages, nationalities, and religions will most definitely relate to this incredible boy. Julia Roberts and Owen Wilson did a brilliant job portraying the key characters of the book. As far as our list of TOP 10 best modern Teen films 2017 goes, this film is the most touching and thought-provoking one. 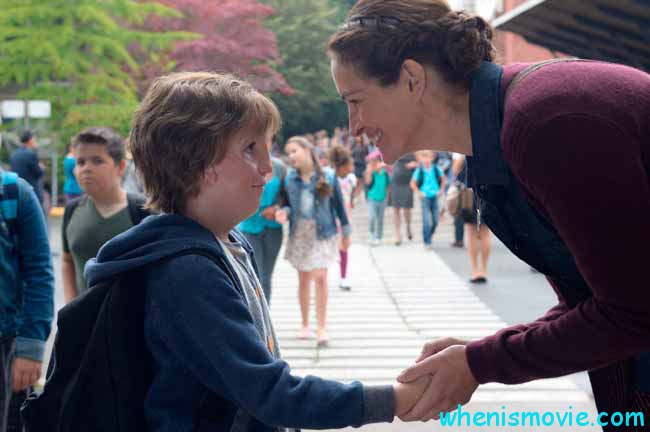 Alright, how about some historical action to get our blood rushing like crazy? Arthur was quite an extraordinary man way before he learned that he had royal blood rushing through his veins. His family was betrayed, and now he must think of a way to punish the scum that killed everyone he loved and to rule the country like the king that he is. Guinevere, a mysterious lady, offers the young leader her help, and together they confront the ruling elite in a desperate attempt to recapture the throne with a bunch of gallant knights.

So, what is the best Teen movies in 2017? Science fiction, action, dramatic and thought-provoking movies, of course! Wait, no comedy on the list? There aren’t a lot of worthy contestants in this genre for the teens, to be honest, but Baywatch is most certainly a stand-out cut. With a cast like that – Zac Efron, The Rock, “That Quantico Girl” (Priyanka Chopra) and Alexandra Daddario, this movie simply has to be awesome. Expect a killer mix of some bad jokes, awesome stunts, big, masculine men and gorgeous women. Hey, it’s not easy to be a lifeguard in Malibu!