Lately, Bollywood has been growing bigger and stronger. True, they still have a long road ahead of themselves, but there’s no denying the fact that they are, indeed, on the rise. Today we’ll discuss TOP 10 best Vidya Malvade movies for all time.

She is one of the most popular modern-day Indian actresses. Her charm, natural beauty, and perfect manners have turned her into a local superstar. Ok, let’s check out the greatest picks from this gorgeous woman’s collection – we’re sure you’re like at least some of them! 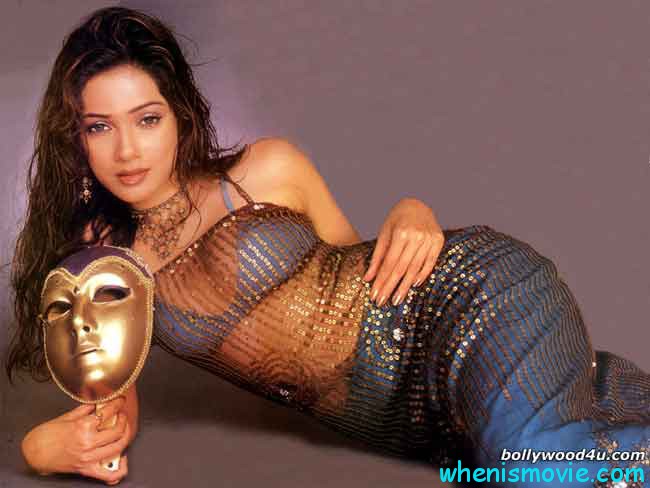 In the beginning, Vidya’s acting career was a huge disappointment. When she got her first big-screen role in Inteha, the struggling actress thought that this was going to be her big breakthrough. However, it failed commercially. Nandini, the main character of the story, lost her father and is forced to take care of her troublesome sis who falls in love with a dangerous man.

Obviously, Nandini can’t let anything bad happen to her sibling. So, she tries to learn everything she can about the fella’s past. The more she digs, the bigger and darker secrets the big sister discovers. She’s the only one who can save the delusional young lady; the only question is – will she be able to do that in time?

Another failed motion picture starring the Indian beauty. Just like the previous film, this one’s also based on a famous Hollywood release. Arjun grew up in a gangster-controlled block in Mumbai. He’s been friends with his neighbors – two bruvs – since they were little kids. When his father’s enemies kill him, the brothers help the son avenge his death.

However, the cops get on his tail and call him the main suspect. So, Arjun escapes the city and assumes a new identity in the capital. Years later, he returns home and his friends treat him like royalty. But the truth is – he’s an undercover agent who’s back with only one goal: to bring them all to justice. Of the TOP 10 best Vidya Malvade movies, this one’s a heart-wrenching drama, unlike anything you’ve ever seen.

Vicky has been in love with the most beautiful girl in town – Sonia – for as long as he can remember. Unfortunately, the young woman doesn’t really care about him. She ends up marrying another guy. Left with a broken heart, the man leaves the city and finds shelter in the bungalow of a beautiful woman. She falls in love with him; yet, he rejects her. Eventually, they do become some sort of a couple.

And when Sonia comes back without a ring on her finger, everything changes. Vicky still has feelings for her and dreams of reuniting with the love of his life. She wants the same thing. But Sanjana – the owner of the bungalow – refuses to let her man go. So, what’s it gonna be? Who will prevail in this love triangle and who will fall?

Yes, this is that breakthrough role that Vidya had been working hard to get for all those years. After the film came out, numerous big shots in the industry noticed her talent and helped her to finally get the recognition she most certainly deserved. Kabir Khan is the overzealous and overprotective coach of the country’s Women’s Hockey Team. This sport is not particularly popular in India, but he still has an ambitious plan: to turn his girls into winners, to show the whole world just how amazing his team is. Put Chak De! India on the list of best Vidya Malvade movies to watch if you appreciate thought-provoking dramas that you can enjoy alone or with a significant other.

As far as the greatest Indian crime thrillers go, Kidnap is a film worth checking out. Mr. Raina is a rich, influential and powerful man. One day, his estranged spouse contacts him to deliver the terrifying news: someone abducted their daughter. Sonia is the couple’s only kid and Raina simply can’t let anything bad happen to her.

Soon, the kidnapper calls the man to let him know that money isn’t really what he’s after. The price is much bigger. He commands the desperate father to turn into a thug, a murderer, and a lawbreaker. There’s a highly dangerous criminal locked up in the local prison, and if he wants to see the precious Sonia again, Raina will have to do exactly what the abductor tells him to…

Back in the 90s, Hindu-Muslim riots shook Bombay to its core, and the cops enforced a curfew on the residents. Suryakant, just another man from the slums, was on his way back home. The road ahead was long, and the gentleman reminisced on his childhood years, his beautiful sisters, and his bruv. His mom and dad raised him right, and he was thankful for that. He used to be in love with a local girl, but he’s moved on.

Then, the hero wanted to find his place in Dubai and start a business. There was a lot on his mind, but the biggest distress was right around the corner. Of the TOP 10 best Vidya Malvade movies to watch, Striker is probably the greatest crime drama. The acting, the plot, and the overall atmosphere will most certainly satisfy the fans of original motion pictures.

Without a doubt, this is one of Vidya’s most successful roles. The film itself became a box office hit, and, even though the critics weren’t very excited about it, the audience certainly did find it entertaining. A famed poet used to be madly in love with a noblewoman. They exchanged letters, but she passed away before they could meat. Years later, he comes across a woman with an otherworldly problem. He decides to lend a hand and helps her get to a fancy hospital. However, the demon inside of her takes control and she turns into a monster. But soon he realizes that Smruti, the love of his life, is, indeed this possessed woman. So, he puts everything on the line in a desperate attempt to save her.

A life-loving hip-hop dancer from the United States visits India with her fam for a beautiful wedding. She was confident that this was just a short trip to admire the view and to have a good time in a foreign country. But the locals impress her with their unique dance style. She even ends up falling in love with the dashing young man who teaches her the ins and outs of this breath-taking style.

What started as just a trip for fun turns into a life-defining journey for her. The fans of young adult films that come with romance, drama, music, and, naturally, dancing, will appreciate Heartbeats. Definitely, one of the most anticipated Vidya Malvade upcoming movies.

The main character of this story used to be a prosperous law clerk, but now it’s time for him to retire. He decides to leave that busy life behind and focus on himself and his memories. One day, he comes across Delshad, the owner of a lover cafe. And when a powerful international company comes in to take over this tiny piece of property, the ex-clerk has no other option but to get back into the game and engage in a heated legal battle against the mogul. The cafe is one of the few good things in Delshad’s life, and the company wants to take it all away from her. If you love dramedies with happy endings, we’d highly recommend checking this movie out.

Alright, ladies and gentlemen, we’re down to the final contestant in the list of TOP 10 best modern Vidya Malvade films. Without a doubt, this action-charged and fast-paced criminal drama is worth your while. Shoaib used to be a regular gangster until the day he put a bullet in his mentor’s head and became the most influential mobster in Mumbai.

Today, along with his buddy, Javed, he’s ruling over the city. During a short trip into the blocks he grew up in, he falls in love with a beautiful actress. As it soon turns out, his friend is also head over heels for her, and that turns them into the greatest enemies. Is there a chance for them to be friends again and still get what they both want?