Probably, every person would like to have some superpower: the ability to fly, have the super speed, become invisible, have an incredible superpower … In real life, this is hardly possible – that’s why people like to watch movies about superheroes. Such films motivate to make heroic deeds.

To many viewers, superheroes are known for comics. Comics have always been very popular, that’s why a huge number of films were shot based on them. However, super abilities are also a huge responsibility, because people who possess such abilities must control their own forces and use them to protect humanity from evil forces.

Today, we are here to present TOP 10 best Hollywood Superhero movies of 2018 to watch.

Since the very childhood, a guy named Arthur was very good at swimming and diving. He and his family lived by the seashore, his father was a lighthouse keeper who notified travelers that they were approaching the shore. The boy’s mother has a strange name – her name was Atlanta. The time passes and the boy shows himself better in sea hobbies, demonstrating even the ability to communicate and be friends with fish. Mothers told him the story that she is the real queen of the legendary Atlantis, but she should hide from everyone so that no one knows about her existence. Since Arthur is a descendant of the queen, therefore, he must become the lord of the seas and oceans, but it is necessary to prove his right to power for this. In the movie, there are many alternative universes and the same fighters inhabit them for justice. In one of such universes lives a teenager African American who accidentally discovered a superhero costume and now due to his abilities turned into a modernized spider-man. He also climbs the walls and runs fast. These skills help the guy to go out every night to patrol the streets and catch the robbers of a jewelry store, then arms dealers, then an unknown criminal. Pursuing one of them, the hero ends up in the metro, where he gets acquainted with a master of martial arts, which prepares the hero to fight against a cruel enemy.

The X-Men, teamed by Professor Xavier, went through many battles and fought against limitlessly powerful villains, but there is a rather different battle that awaits them. One of the members of their team – Jean Grey gained strength beyond the understanding and was subordinated to her. Now mutants have to make a difficult decision: kill the mutant and save the world or let this dangerous woman live?

The extraterrestrial anomaly in the form of deoxyribonucleic acid (DNA) enters the Earth. A substance called “Venom” is able to change all life on the planet and having settled into the body of a person, makes it extremely cruel.

In parallel, a worldly drama unfolds. Talented reporter Eddie Brock is falling down the career ladder rapidly. He has problems with personal life and health – Eddie was diagnosed with cancer. In his troubles, he blames Spider-Man. Venom helps to stop the progressing disease. Settling into the body of the reporter, he stops the growth of cancer, making Eddie more confident, strong, and cruel.

During the events of the film “Captain America: Civil War,” Scott Lang, known as the Ant-Man, taking the side of Captain America, became the enemy of the state. Now Scott has to cope with his duties which became even more difficult because he tries to make his family life. At this time, Dr. Hank Pym and Hope van Dyne pour oil on the fire, provoking the Ant-Man to put on his suit again. 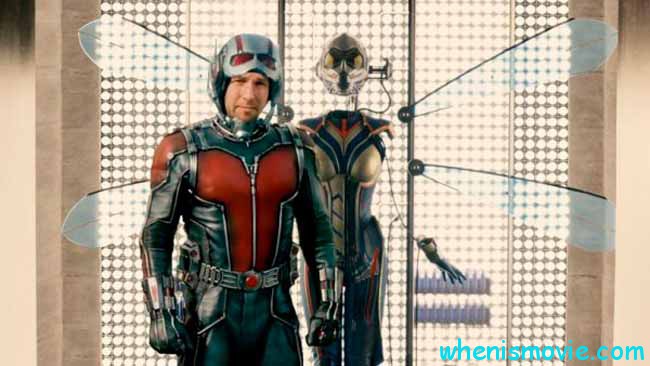 Mr. Incredible and his family are in the TOP 10 latest Hollywood Superhero movies 2018.

In our world, superheroes are brightly dressed people who have superpowers and save the world from all dangers and criminals. However, the life of the hero has the downside: he is also a person and wants to live like other people. Therefore, our family, possessing unique abilities, has been living for many years as ordinary citizens: they work, study, lead a household. However, call them the superfamily will go rescue from villains.

Several years have passed since their last battle against the supervillain. The family did not even think that once again they would have to use their skills for the benefit of humanity. A restless, strong father, Bob is forced to sit at home with his children, while his wife Helen turns into a star of a TV show.

The main character of this movie – a superhero with unusual methods of fighting against crime and evil.  In the beginning, he was a simple mercenary who undertook any work for money. However, having learned that he has cancer, he accepts the offer to participate in a secret experiment. Wade, that’s the name of the main hero, who worked as a special agent, during the experiment gets the opportunity to live with cancer without dying, as his body itself produces cells to fight the disease.

Thanos and his Infinity Gauntlet is in the TOP 10 new holly Superhero movies.

This time the Avengers will have to forget their quarrels and disagreements, accepting the help from Spider-Man and Doctor Strange, to take away from humanity a global and perhaps even beyond it threat – the titan Thanos. A mad and powerful villain had a grand plan: to capture all six gems of infinity and, combining them into an artifact – the Infinity Gauntlet, to become the master of the universe. Finally, he succeeded! Now only the Avengers are able to prevent Thanos from destroying the planet.

Heroes of an action movie – young people with unique abilities. Scientific developments do not stand still, more people with supernatural talents are born in the world. Their “otherness” often makes them the object of ridicule on the part of the surrounding people. Someone, unable to withstand such pressure and prejudices of society, movies on the dangerous ground and applies his gift with evil intent. Nevertheless, the government does not leave mutants without their attention and tries to involve them in the fulfillment of important state tasks. First, adolescents must learn to control the power they have been given.

When it becomes known about the location of the vibranium deposits, the crowds of miners begin to come to the territory of the Wakanda. They do not pay attention to the local population, behave rudely and brazenly, destroying everything in their path. The local people could not fight back the invaders, and then they turned to the sacred spirit of the savannah, which is called the Black Panther. The invasion of metal miners stopped for some time, but this does not mean that they are ready to calm down and retreat completely. Soon after, people have a new weapon, which they start to use against all those who prevent them from obtaining vibranium.