Since the cult horror “Night of the Living Dead”by George Romero appeared in 1968, the theme of the invasion of the zombie and the associated apocalypse has firmly established in the world cinema. Movies about zombies, like the movie about the zombie apocalypse, are becoming more popular every year, more and more captures the youth audience.

Today we will talk about TOP 10 best zombie movies on Netflix. 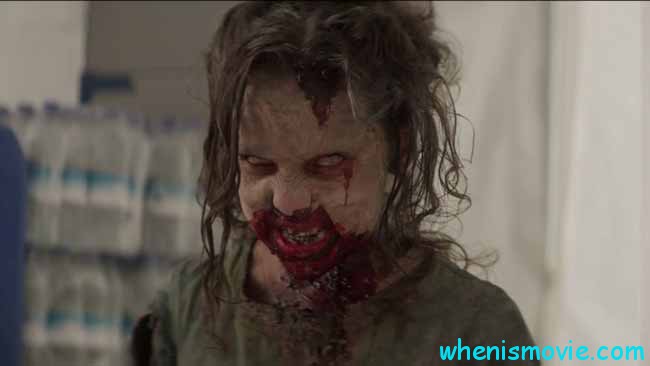 Our planet is attacked by a terrible virus that turns people into bloodthirsty creatures. It kills brain cells that control the minds of people. The epidemic spreads extremely quickly, which can lead to the extinction of all mankind. Scientists are trying to do everything possible to develop a vaccine, but all their attempts fail because they have never encountered such a virus. Dr. Lauren gets the assignment to go with a small group of military men to the center of town to save people who are not infected and try to find those who are immune to the virus in order to develop a vaccine…

Thehorror is about the terrible virus. The girl Maya, tired of the constant disputes between her parents, decides to move to her boyfriend Dante, who lives in a miserable and semi-abandoned house. In these conditions – among drug addicts, prostitutes, drug traffickers and mentally unstable vagrants – the couple and their neighbors are exposed to a virus created from a mixture of drugs, biological fluids and those toxic chemicals that flow through the apartment building. The disease spreads among the residents, causing open sores and a severe cough, and then completely turning people into maniacs who see hallucinations and are eager to kill everyone. When a local drug dealer blocks the exit from the building, Maya and Dante realize that now they have to fight for their lives with former friends and neighbors, whose mind is already beginning to transform into something terrible.

The horror film continues the franchise shot in the style of a pseudo-documentary movie and is the sequel to the second part. The journalist Angela regains consciousness in an unknown place and does not remember anything about how she found herself here. This place is former oil tanker in the middle of the ocean, where scientists, doctors and many simple, at first glance, people are present. After the outbreak of an unknown virus, due to which people began to turn into zombies, it was decided to urgently isolate people infected with the virus.

In this place, from which there is no way out, scientists conduct various experiments to study the virus. Angela is the “a labrat” because the girl is also infected. However, neither Angela nor doctors and scientists even suspect that soon this place in the middle of the ocean will turn into a real hell.

Somewhere on the outskirts of New York, Ann survives alone, after a mysterious epidemic killed all life. Experiencing suffering from constant malnutrition, she leads an isolated existence, hiding in the forest, where the epidemic has not reached. When the thing gets tough, Ann makes a desperate journey to a nearby city to get some food supplies. During one such raid, shemeets Olivia – a teenage girl and her wounded stepfather.

A company of two charming girls and their classmate decides to go to Jerusalem. Here the heroes plan to have a great rest, combining the pleasant with the useful. In the afternoon they want to explore local attractions, and in the evenings to get out into clubs. Conventionally, the film can be divided into two parts. In the first, students successfully implement all their ideas. Until evening they are really like people who are actively interested in the architecture of the city and visit all known places. But closer to the night the characters completely reincarnate, turning into party-goers. But soon all this is replaced by indescribable hell, which takes the guys by surprise. They are involved in biblical events, which are about to turn into the beginning of the apocalypse. In a few minutes, everything changes the weather, the attitude of local residents. Moreover, on the streets of the city, there are terrible creatures, scurrying in search of the next victims. The main characters fall into a real trap, now they need to leave the walls of the ancient city as quickly as possible, but will they be able to get out of the city alive?

It is the middle of the TOP 10 best Netflix zombie movies.

A small town witnessed with horror – an unknown virus. A panic broke out, many did not want to give up and fought an unforeseen threat. Only one girl did not become infected with the virus and remained normal. Deb was no different from other people, loved adventure and often got into ridiculous situations. The girl has always been unlucky with men, so the tragedy that began in the town gave her a chance to find a worthy person. The feisty Deb did not know what fear was, so she could cope with the nightmare that was going on. In order not to become a zombie and hide from monsters, Deb develops an escape plan.

A terrible epidemic, leading to a mutation in zombies, struck humanity and put it on the brink of death. Five years later, people coped with this threat. The Special Forces “R” is engaged in the search and destruction of the zombies. However, in one of the search operations, the fighters encounter an unknown species that has adapted to the fight with aman and has learned to win.

Three friends are working in Pontypool at a small radio station, which is located in the basement of the old church. On a rainy winter morning, they begin to receive conflicting information about the strange events that are happening in the city. It says: virus appeared in the town that turns the townspeople into a distraught crowd. And sooner or later all this horror will get to their cozy basement…

In the post-apocalyptic Safari “Rezort”, in the wake of the zombie epidemic, guests are offered the opportunity to kill them.

It is the leader of the list of thebest zombie movies on Netflix.

Seoul was seized by a series of mysterious outbreaks of an unknown virus, against which the medicine was powerless, which caused the authorities to declare a state of emergency. The high-speed train to Busan became a kind of refuge for those who were fortunate enough to get out of the dangerous city. But how long can people stay safe?

TOP 10 best zombie movies Netflix is coming to an end!