True stories appearing on the screen are distinguished by special plot magic, forcing us to believe in miracles again or to see the basis for a film in our life.

In September 1941, the young couple Nastya and Kostya get on a barge that evacuates people from the besieged Leningrad. The enemy is coming and people need to be urgently evacuated from the city. The young cadet Kostya and the daughter of the traitor Nastya are not afraid of the fact that there are many people on the barge. They want to get away from the oncoming enemy. The problem is that the ship is not designed for such a load.

Already on the way, the barge No. 725 is caught in a storm. People are in a hopeless situation because the ship is gradually sinking and they have nowhere to run. The situation is complicated by the fact that German troops learn about the evacuation of people and enemy aircraft began to attack the barge. The shelling and bombardment of the barge lead to the fact that it gets even greater damage and dozens of people die. Kostya, Nastya, and other brave heroes have to confront nature’s fury and the German pilots. When there is no chance for salvation, it remains only to fight and hope for a better outcome.

Charlie Manson is on the list of good english True Story movies.

Los Angeles, 1969. Former TV star Rick Dalton and his backup partner Cliff Booth are looking for a way to appear in a big movie. Meanwhile, not far from them, the crime “family,” headed by the murderous musician Charlie Manson, moves from satanic rituals to massacres of people.

John DeLorean is an American engineer and car designer. For a long time he worked for Pontiac but in 1973, he quit and created the independent company DeLorean Motor Company, where he began developing his own sports car. The car entered the market only eight years later. Only 8,500 models were built, after which the DMC-12 was removed from production. DeLorean had to sell the company.

In 1985, the DMC-12 got a new life, appearing as a time machine in the film “Back to the Future” by Robert Zemeckis. The car has become incredibly popular. In 2011, the cost of the DMC-12 with the standard configuration was about 60 thousand dollars.

The picture unfolds in the 1980s in California, where DeLorean wants to create the greatest car on the planet. He will stop at nothing in order to achieve the goal – to give the world the greatest car.

The “king” of the cornet is on the list of best english True Story movies to watch.

It is believed that Buddy Bolden personally led the band, performing music, which later was called jazz. Bolden was recognized as the “king” of the cornet throughout New Orleans, in the annals of history noted as the birthplace of jazz. In addition, Bolden was a trumpeter. He himself published and edited The Cricket, where he sometimes published his poems. In his youth, he received the funny nickname Kid, and later, as a sign of authority among the New Orleans musicians, he was awarded the title “the King.” Hairdresser by the main profession, Buddy played music in his free time. His first instrument was an accordion purchased from a junk man.

The story of the young J.R.R.Tolkien, who was to become the legend of epic fantasy and write one of the most influential books of the 20th century – “The Lord of the Rings.” His success was preceded by early orphanhood, the outcast in the school, military service, and the only love of his life.

Strong faith is on the list of best modern True Story films.

A woman named Joyce Smith is a Christian woman who lives in the neighborhood of the small town of St. Louis. Her only joy after the death of her beloved spouse is a 14-year-old son, whom she took from the orphanage several years ago. One day on Christmas Eve, a terrible misfortune happens to a boy. Having fallen through the ice of a local lake while walking with friends, he gets out of the cold water but rescuers find him only a few hours later. Doctors take all possible measures to save the patient.

After a few days, physicians estimate the condition of the boy as stable heavy and give only the most disappointing forecasts. However, a loving mother refuses to believe in this. Contrary to all that the doctors say, she does not give up her hope for the best and spends all day long near the bed of her beloved child.

The true story of immigration lawyer Judy Wood who helped many unfortunate refugees find safety in the United States. An Afghan teacher who fled from the persecution of the Taliban after opening a school for girls was one of the first refugees that Judy rescued.

The plot of the film tells about the tragic events that occurred in the Indian metropolis in late November 2008, becoming one of the hardest experiences for the whole country.

The main hero of the movie is Arjun who is part of the service staff of one of the most prestigious hotels in the city and the whole country. Despite the fact that he always tries to keep up with everything, the hero misses the opportunity to serve one of the VIP clients of the hotel. The reason is that he left shoes suitable for this event at home.

Arjun is greatly disappointed because of what is happening in his life. However, he does not give up.

Meanwhile, the beautiful Zahra is in the hotel. Zahra is pregnant and truly happy. The woman cannot even imagine that soon she and Arjun will have to face real terrorists.

The American drama movie addresses the huge problem of gender and racial discrimination in the United States. A fragile but purposeful girl of Jewish origin, Ruth, took up the problem. From a young age, she saw how difficult it is for women to achieve career growth or occupy a high post. In the Constitution of the so-called free country, there was not even the word “woman.”

Lee Israel is on the list of really good True Story films.

Writer Lee Israel makes money by publishing articles in various publications and in parallel writing books. The woman has found herself in writing a biography of famous people. However, after some time, her work was under the squalls of critics and stopped selling. The hero was in a very difficult financial situation and the publisher decided to look for other sources of income because writing is unlikely to bring her any profit. In a desperate situation, Lee steals several letters from the public library and sells them. Easy money pushes her to a number of new minor crimes.

Using her writing talent, Lee begins to fake celebrity articles. She invented non-existent facts about famous people that people bought, thinking that this is original. In order not to attract too much attention, the hero sells fake articles for small amounts of money. In a short period, she forges and sells several hundred articles that bring her a lot of money. However, Lee Israel couldn’t even imagine where this goes.

Roger Ailes is best known in the media world for having founded and transformed the Fox News channel into a powerful cable television corporation. He was recognized as a master of television communication, who was trusted by the presidents and his colleagues.

Ailes was born in Warren, Ohio. He studied at the University of Ohio, where he studied radio and television. After graduation, he began working on television in the era of black and white television. Due to the popularity of the television, he began to implement his own ideas on how the TV must look like.

Judy Garland is on the list of best modern True Story movies.

The tragic story of the ending of the great Hollywood career of Judy Garland, who became famous at an early age, playing the role of Dorothy in the Oscar-winning film “The Wizard of Oz.” Young girl found herself on stage at the age of 2. Her voice was perfect. However, fame and wealth did not make the girl happy. The end of her life she was in a depression, from which she could not come out. 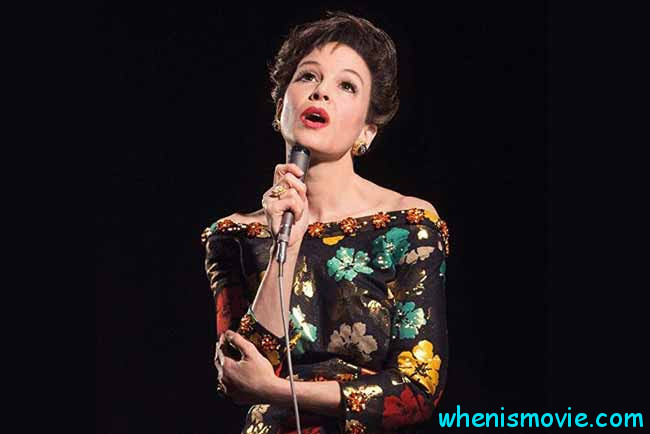 The story of the “swan song” of the legendary duet of comedian actors Stan Laurel and Oliver Hardy, who shone in Hollywood before the war but later experienced a decline in popularity. In 1953, already middle-aged ex-stars go on a tour of the UK, where they have to re-conquer the public and realize what they mean to each other.

The 3rd place of the TOP sixteen good True Story movies in theaters.

The drama thriller covers three historical periods of Germany. These periods are shown not through historical and political events but through the fate of the famous world artist Kurt. Kurt is quite young, optimistic, and focused on a bright future. He is full of ideas and adventurism. Tired of the day-to-day stuff, he escapes from East Germany to West Germany. It is there that he meets his love. His beloved became a young beauty, Ellie. This union inspired him to write the most ingenious works.

The plot of the British crime drama “King of Thieves,” based on real events, unfolds around the most daring and unusual robberies in modern British history. In 2015, the news about a robbery that occurred in London’s jewelry quarter rattled not only the British but also the world’s media and social networks. It would seem that this is just a robbery, albeit rather big. However, in fact, this crime was not so trivial. The fact is that this robbery was not only the largest but also the most unusual in many years. The experienced elderly fraudsters are behind this theft of the jewels. It would seem that they can safely live out their lives but instead, they decided to commit the biggest theft of jewelry in British history.

The movie based on the true story will tell viewers about the hard life of Paige – one of the most famous girls-fighters of WWE. Paige grew up with her brother Q`1Zak. Since childhood, parents have done everything to interest children in wrestling and eventually achieved their goal. Being teenagers, brother and sister organized fights, thanks to which they earned their first money.

Thanks to the efforts of Ricky and Julia, their children perfectly mastered almost all the fighting techniques, which made Zack and Paige almost professionals. The girl’s life began to change rapidly after WWE representatives watched her fight video.