Home
TOP
What is the best Surfing movies

All the films collected here will help you understand the surfing culture. What is surfing? Who are the surfers? Why do they leave everything and live following their dreams? Surfing is a very rich and interesting culture, which at first sight seems rather primitive, but in fact, it is not. I found it easy to select the most high-quality and legendary films about surfing and surfers since all these films are great and interesting. Usually, the cinema is divided into genres such as comedies, horrors, dramas and so on. So, surf cinema is probably a separate genre with its subgenres. There is a drama, a comedy, an art house, and much more. So, enough words – let’s begin to see TOP 10 best Surfing movies to watch. Here we go! 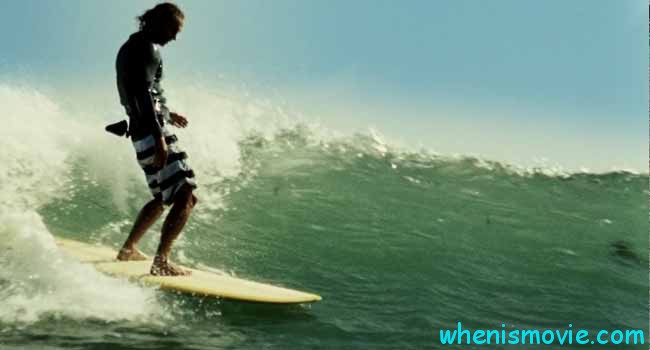 “Big Wednesday” is considered one of the best films about surfing of all time. Perhaps the reason is an impressive shooting, the appearance on the screen of champions in surfing to perform tricks and the believability of the events shown in the film. Director of the film, John Milius, was a surfer in his youth and the movie is based on his own experience and the stories of his friends. The film tells about three friends – and their passion for surfing. The story begins in 1962 when three teenagers carelessly enjoy crazy parties, girls, and waves. The film covers many years of children’s life, they grow and change. But whatever happens, they remain friends and continue to surf the waves.

Shigeru was born deaf. The only impressions of the world he receives through visual images. The measured surf of the sea waves is a favorite sight of the hero. Once Shigeru finds a surfboard and realizes that this is his chance to merge with the boundless ocean.

It is the best one from the TOP 10 best Surfing movies for families.

In Hawaii, three girlfriends Anne, Eden, and Lena live. Anne is still raising her younger sister, who was left by their mother, who moved to another city. During the day, the girls work as a maid in a luxury hotel, and they give all their free time to surfing. Everything goes well until Matt comes into the picture – the guy who wants to become a champion. And then Anne falls in love with him.

The hero of the comedy film is a thirty-year-old wastrel, the son of an authoritative French mafia. Brice lives in Nice, considers himself the king of the world, adores the yellow color, endless parties, and surfing. The cherished dream of the age-old wretch is to catch a miracle wave, however, on the Cote d’Azur, there are no super waves.

Daddy’s money and authority made Brice a popular guy in Nice, but a carefree merriment of fortune sometimes ends. The police arrest Bertrand Agostini and his worthless son at once turns into an outcast. Former friends are turning away from the surfer, money disappears, and the hero cannot earn money. After a day as a waiter, desperate, Brice decides to rob the bank. Robbery predictably ends in failure, after which the poor man starts running. Hiding from justice, the hapless robber gets acquainted with Maurice, a simple guy, and a good friend.

The police is not able to catch a gang that commits robberies. The whole process of investigation is conducted by a young and pretentious FBI agent who, risking his life, enters the gang.

It is the middle of the TOP 10 best Surf movies for all time.

A documentary film “Riding Giants” is devoted to such a popular sport as surfing, and also tells the story of the origin of surf culture, which included not only certain people and philosophy of life but also style of clothing, slang, music and even literature. Surfing was born many years ago in Hawaii but gained real popularity in the 60s of the last century in Southern California. Initially, surfing was just an extreme sport, but over time it became the meaning of many guys’ lives. For them, the most important thing is freedom and a sense of life. And the ocean gave them this freedom and riding on its huge waves.

The film “Riding Giants” contains a lot of interviews, so to speak, the veterans of surfing, the pioneers who mastered the elements many years ago – people who fell in love with surfing and devoted all their time and life to this sport.

A comic cartoon tells of an eccentric penguin named Cody Maverick, who all his life lives in a small northern town in the Antarctic where his whole family works as fishers. The same fate was prepared to Cody, but his aspirations were completely different. After the arrival of the famous surfing star – Big Z, Cody’s life changed, he realized that he wanted to master the board and the waves of the ocean. And then Cody’s dream was practically realized, the sports recruiter arriving in the town, recruiting talented surfers to participate in the tournament.

On the way, Cody gets to know the same strange type, which differed from everyone in his native land. Cute and very funny Chicken Joe is happy where there is surf and waves. And upon arrival on the island, where the Big Z Jubilee Tournament will be held, Cody falls in love with the beautiful rescuer Lani. However, the whole situation is darkened by the presence and arrogance of the main contender for the victory – Tank, nicknamed the Shredder.

Steve Addington is a surfer, who, all his life, surfs on a board and catches a wave. Surfing for him is not only a hobby and an opportunity for earning as an instructor, but an unrealistic lifestyle with all the relevant attributes: living on the ocean in a company of true friends sharing a craving for the ocean and pretty girls, as well as the absence of any clothes other than striped shorts.

After sailing around the world, Steve returns to his native Malibu and faces huge changes. All people forgot about their own lives and plunged into a reality show, the main characters of which are once freedom-loving and unemployed surfers. Experiencing financial difficulties Steve agrees to participate in the reality show.

Together with professional surfer Rob Machado, the film sends us on a trip to Indonesia in search of inner peace, answers and, of course, surfing. The film tells about the wonderful relationship between man and nature. Rob talks about personal feelings and discoveries of what happened in life in the “wild conditions,” remote from civilization.

Here is the leader of the TOP 10 best modern Surf films.

It is a sports biopic about the life of surfer Bethany Hamilton. Since childhood, Bethany was fond of surfing, but living on the northern coast of Kauai she was attacked by a shark; As a result of the attack, the girl remained without her left hand. But Bethany, despite everything, once again got on the board and began to take part in competitions as a completely healthy surfer.

Hope our compilation helped you find out the answer to the question – what is the best Surfing movies?