Do you want to thrill? So, it’s time to see the chilling suspense movies. And more than enough films have been shot in recent years. Among their heroes are monsters from the underworld and collectors of human organs. To be with them in one company is not just unpleasant, but deadly.

In the topic below, we will try to answer the question – What is the best Suspense movies in 2017?

Watching movies thrillers is equally scary and interesting. Of course, much depends on the plot of the suspense, which almost always involves meeting the main characters with something mystical and unexplored. This role can be played by the ghost of a little girl, strangled in a huge house by her own mother, or a strange forest creature, one by one, killing students who came to rest on an abandoned camp site…

However, much of the suspense movies are built around people’s relationships, not mystical events. Often, such a film adds the epithet “psychological”. It initially tunes the audience to the fact that they will have to closely monitor the course of events and try to understand the feelings that drive the characters. And these feelings are not always positive – quite the opposite. That’s why watching psychological thrillers are no less creepy than films about maniacs and werewolves.

We are constantly looking for new experiences. Suspense movies are exactly what can fully satisfy our thirst for vivid emotions. So we are glad to introduce you our TOP 10 best Suspense movies of 2017 to watch.

The main character of the film is an agent of the British intelligence service “MI-6” Lorraine – during the “cold war” is sent to Berlin to find the killer of his colleague. At the same time, she must find out who of the double agents can be implicated in his death. To do this, she will have a difficult collaboration with David Percival.

The events shown in the movie are happening in the future, namely since 2029. By that time, new technologies have already firmly occupied their niche. It was even possible to insert a neural implant in the brain. And many people gladly took advantage of this opportunity. Only, they did not immediately take into account the fact that the electronic brain, like any computer, can be hacked. And also, it can be reprogrammed or perform any other harmful manipulations with it.

X-men became real heroes of the planet, but they did not have a place in future world. There is only few mutants left, and only the aged Logan, who used to be known as Wolverine, and Xavier, managed to survive from the famous team. Now they are only able to withstand the new corporation. Only a little girl Laura can help them, who have Logan’s abilities.

The film is about a group of international space scientists investigating life on the planet Mars. They do not yet know what events will lead to their discovery. It includes in the TOP 10 best recent Suspense movies because it was already released in March 2017. 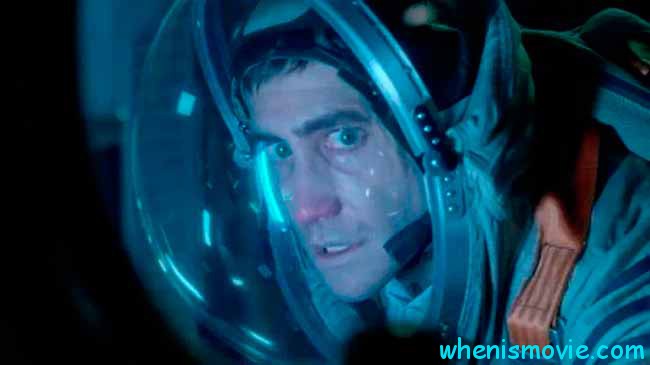 During a survey of planet, the crew of the colonial ship “Covenant” discovers that what they initially took as a paradise a dark and dangerous world. Its only resident is the synthetic android David, who survived after the doomed expeditionary mission Prometheus.

A loser teenager finds a mysterious casket that fulfills wishes. Now the girl will get even with everyone who laughed at her, but what fee will the casket ask for in return?

Light, a capable student, finds a mysterious death notebook that can kill anyone whose name is filling into it. Light decides to start a secret mission to clean the streets of criminals. Soon, a vigilante student discovers that he is pursued by a well-known FBI profiler, hiding under the pseudonym L.

Eighty employees of Belko Industries, working in the office in Bogotá, are becoming part of an eerie social experiment. According to the internal warning system, they are informed that the building is completely isolated from the outside world and that they must start killing their colleagues, otherwise, they will have sad consequences. All employees at the back of the head had special tracking devices, which were installed in order to avoid thefts in the workplace, but it turns out that these devices are miniature bombs. At first, everyone thinks that all this is some kind of stupid joke, but when people start to explode, it becomes clear that all this is serious. They need to kill 30 people themselves in 2 hours. If they do not do so, 60 random employees will be killed.

One of the best horror films including the thriller elements of TOP 10 best new Suspense movies 2017.

Three students go to an abandoned house, where involuntarily release the wild supernatural creature, called Bye Bye Man, who hunts everyone who has learned his name. Friends try to escape from the being, while keeping the mystery of the monster in secret, to protect others from the same deadly fate.

A strange guy kidnaps three teenage girls directly from the supermarket parking lot. The girls come to their senses and realize that the psychopath who stole them locked them in some isolated room, it is impossible to get out of it. Soon they get acquainted with their kidnapper – they find a nice, at first glance, a guy named Kevin. Later, the heroines realize that in the body of their kidnapper at the same time, about twenty different personalities coexist, who try to interact with each other and sometimes even enter into conflicts. Each of the many personalities looks at the kidnapping of girls in their own way, but none of them dares to help them because this will very much anger the Beast.

We hope that you liked it!