If you love funny animated adventure movies that you can enjoy with your little ones, go ahead and check out the Early Man movie trailer 2018 right now. The story takes us back to the dawn of humanity when the animals used to be the kings of the planet. Dug, the main character of the film joins forces with his best friend, Hognob, and the two try to bring their tribe together.

There’s an incredibly strong villain out there; if the fellas fail at uniting the tribe, there will be no escaping this man’s wrath. The trailer is funny, unusual, and features a hilarious scene with Dug and all of his friends. Keep in mind that this is a Stop motion movie, which means it won’t be as smooth and detailed as you’d expect. On the other hand, this technique creates a unique atmosphere, worth buying a ticket for.

A Mighty Cast To Cheer For

It’s coming to the USA on February 16, 2018, and almost a month earlier to the United Kingdom – on January 26, 2018. Say, in Germany, it will only be available in late April. The Early Man teaser trailer managed to do one very important thing: it got folks interested in the movie enough to talk about it. That’s actually why the studios make trailers in the first place! 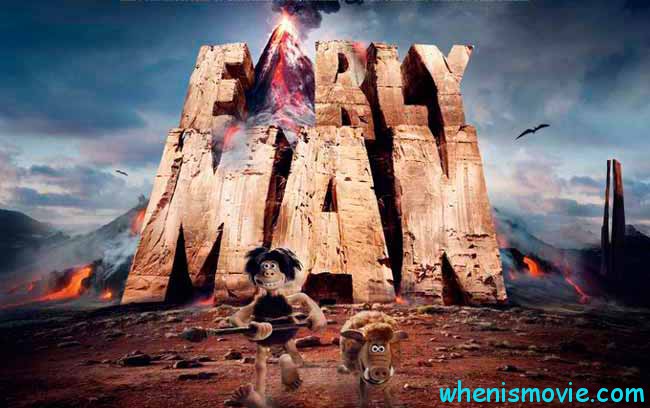 The industry these days is quite unforgiving, and we all know very well that if a certain project fails to meet the expectations of the producers/investors, it gets canceled. Thankfully, that’s not the case here. As for the cast, Mr. Eddie Redmayne will give his voice to the hero of the story, while the charismatic Tom Hiddleston is officially confirmed as the voice of the bad guy. The beautiful Maisie Williams (yep, that feisty little girl from the GOT) will also have a leading role.

Something Fresh And Exciting

So, as you can see, this is quite a promising project that will become available in 7 months. With a cast like that, an original style and a peculiar plot it can very well turn out to be one of the finest animated films of our time. By the way, StudioCanal invested as much as fifty million dollars into the Early Man, and these folks usually don’t spend their money on something that’s not worth the risk.

The bottom line is – if you’re a bit tired of the lush, bright and perfectly animated movies that hit the theaters every year and dream of something different, this might be the right pick for you. The new Early Man official trailer 2018 shows us what the film will be all about. What can we say – it looks pretty great!