This is one of the most anticipated movies of the year, a gripping sci-fi slash thriller/horror with a compelling cast that includes the beautiful Nina Dobrev, the incredible Ellen Page, and the now-legendary Kiefer Sutherland. The official Flatliners movie trailer 2017 came out just a week ago, and now the fans can finally get a sense of what the final movie will be all about. It’s set for a September 29th release (which is 27 full years after the original came out) in the United States, the United Kingdom, and a bunch of European countries. Australia and New Zealand, along with several other nations, will get to see it a day earlier. This is a sequel to the mighty blockbuster that saw the light of day in 1990.

A group of medical students decides to do the unthinkable: to run some tests on each other and go through something that’s scientifically called a “near-death experience”. The experiment turns out to be a success, but you can’t fool around with death and think that you can get away with it. The consequences that quickly follow put all of their lives in danger and threaten everything they’ve been working towards. The young men and women desperately try to figure out what happens to us – the human beings – when we die, and meddle with things they don’t fully understand. 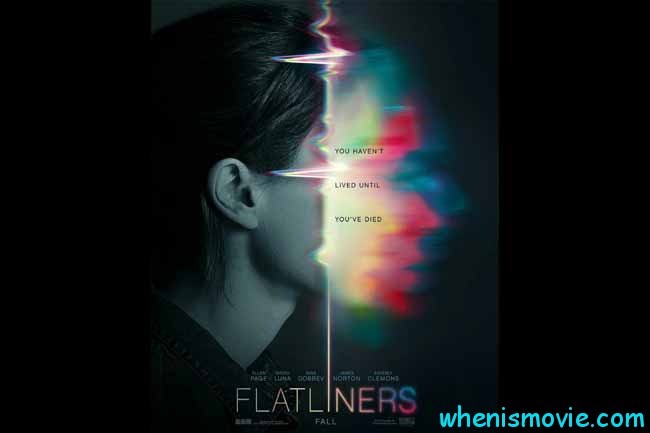 The Flatliners teaser trailer is equally riveting, engrossing and full of tension, which is like the biggest praise for a movie in this genre. The cast is impeccable, but Page looks like she never even left the Beyond: Two Souls universe (if you’re a fan of PS4, you’ll understand what we’re talking about). She goes into the machine first; yet, after she comes back with a different set of skills, the remaining four students her. Could the mystery behind death be hidden somewhere on the other side, or is this just a one-way ticket to hell? What starts as a one-minute trip turns into a 7-minute ride, and that’s when bad things start to happen.

An Awesome Movie For The Geeks

Slowly, but steadily, the kids start to go crazy and experience things that they shouldn’t be able to in the ordinary world. They opened a door into the unknown, and something dark and evil wants to get out. At the end of the day, the new Flatliners official trailer 2017 is amazing and it did the most important thing a trailer can do: it got us really hyped up and excited about the movie! Part science fiction, part mystery, part horror, this is going to be one of the finest nail-biters of 2017. Make sure to check back with us more often for the latest info on all the hot new releases.