After the incredible success of the Jurassic World remake that came out in 2015, there was no doubt that the Hollywood honchos would give the sequel the green light. Officially known as the Fallen Kingdom, this film is promising to be more action-packed, edgy, and aggressive than the original. The Jurassic World Sequel movie trailer 2018 is equally exciting and engrossing, making you say something like “Shut up and take my money”.

Will it be hard to top the first chapter? Yes, it will. But with a huge budget, a skilled director, a professional team and Mr. Chris Pratt back in the saddle, we say it’s going to be epic. It’s known that they’re shooting the movie in the UK – mainly in London – and are ready to do whatever it takes to please the audience when the sequel comes out.

Hey, the release date is just a year away: it will arrive in the United Kingdom on June 8, 2018, while the Americans will get a chance to check it out on June 22, 2018. Yep, the dates are set, and they’re not about to be changed. The movie industry these days is very unforgiving, and, unless you deliver on your promises 110%, you’re destined to fail. “Life Finds A Way” – that’s the slogan of the new movie. 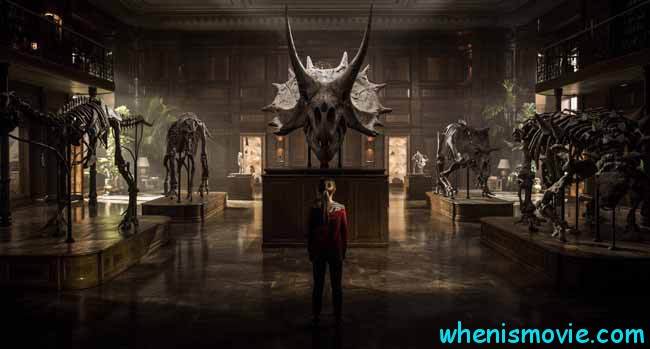 The Jurassic World Sequel teaser trailer hints that nothing’s said and done when it comes to dinosaurs. What happened to the original park? Where will Pratt’s character go after his last “gig”, and will the world governments allow another hazardous park like that to exist after the previous one took the lives of countless people?

We’ll get the answers to all those questions on June 22nd, but right now we’re pleased to say that Jeff Goldblum, the actor who portrayed Ian in the original trilogy, will have a role in the Fallen Kingdom. How awesome is that?! Dr. Wu, the man who single-handedly created the dinosaurs in the 2015 remake will also return in 2018.

Despite the initial criticism and the hate for the remake, the production team proved that you can still captivate the audience with a decades-old setting if you do everything right. Will they be able to outdo themselves this time around? You can be the judge of that by checking out the new Jurassic World Sequel official trailer 2018. This is a blockbuster, ladies, and gentlemen, and a pretty big one. Pratt claims that it will be darker, more suspenseful, and more emotional. Sounds good to us!