Where did Slenderman come from? Who is he really and what does he want? Well, this is a fictional character, something of an Internet meme that has turned into a worldwide “celebrity”. So, how come the bosses at Hollywood haven’t made a movie yet? They have, actually, and as the Slenderman movie trailer 2018 suggests, it’s coming next year. Slenderman did have a couple of adaptations before, but they were all made by indie folks.

This time around, the big boys are ready to give the story the necessary boost to make it “bang” in 2018. This creepy and abnormally tall fella is constantly lurking around in the shadows and picking his victims one by one. Usually, he hunts little kids/teenagers and takes them away. Rumors claim that after they meet the creep, the boys/girls become just like him or even worse.

An Internet Meme Has Turned Into A Phenomenon

This creature doesn’t have a face, but, to some people, he shows his eyes. Slenderman always wears a suit and can move around at incredible speeds. The youngsters come across him in deep, dark forests and have nightmares/go crazy whenever he’s around. Yes, the background is pretty interesting, and all it takes to turn it into a blockbuster is a gifted screenwriter. 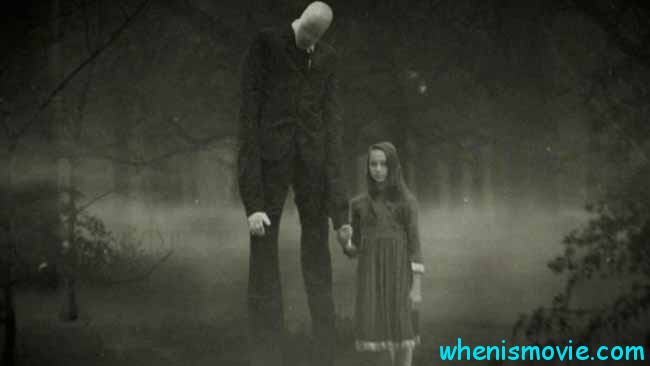 It’s confirmed that Sylvain White will be directing this nail-biter, while the cast will include young actresses like Joey King and Jaz Sinclair. The Slenderman teaser trailer is very discrete and doesn’t say much about the plot and/or character development. Still, it’s intriguing enough to get us excited for the premiere. The movie is coming to the United States and the United Kingdom on May 18, 2018, which is 10 months away from now.

The genre of horror films desperately needs a breath of fresh air, something new and exciting. This scary tall gentleman with long arms could be just what the industry needs right now. And, given the fact that it was created by real people and became popular without any marketing (only word of mouth), this villain certainly does deserve all the credit. He’s already got two short, yet chilling films, two games and an appearance in the ridiculously-popular Minecraft behind his back.

So now he’s finally ready to take on the big screen and spread his influence even further. The new Slenderman official trailer 2018 shows us only a tiny bit of the grandiose mix of suspense, tension, thrill and horror that will hit the theaters next year. It looks like all the stars have aligned just right. The only question is – will the world get a brand-new masterpiece on May 18, 2018, or just another solid commercial project?