X-Men: New Mutants” is a film that should expand the X-Man universe and enable later to release, at regular intervals, other superhero films that were not previously shown to viewers. It has nothing to do with the upcoming TV series about the X-Men, produced by Brian Singer. The “The Usual Suspects” 1995 producer, who once started the films about superheroes, in particular about the X-Men, will create a pilot series. There is nothing in common between series and film, except for the universe, in which, in fact, the actions of both series and the film develop. In the topic below, you will see all known information about the movie and also X-Men The New Mutants movie trailer 2018.

At the moment, the producers, responsible for the superheroes from the X-Man universe, are preparing both the film and the series.

It is known that the movie will be directed by Josh Boone. He first film was back in 2012  -“Stuck in Love,” but he gained popularity only two years later when the adaptation of John Green’s novel “The Fault in Our Stars” was released. As you can see, he is a master in the genre of youth films. That’s why he was invited to the project where teenage mutants are still struggling with the world that does not accept them.

According to Josh Boone himself, the blockbuster style will differ from the previous X-Men. We expect a mix of a horror film and a youth drama, which is very intriguing. 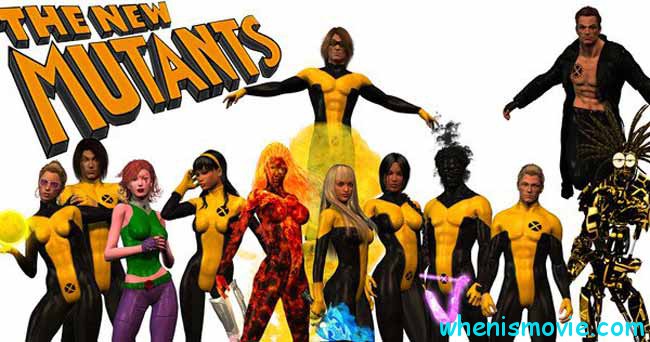 Boone assures that now there will be no super villains and incredible costumes.

Also, the public already knows the names of the script writers: they will be Scott Neustadter and Michael H. Weber, both, as well as the director of the future blockbuster, took part in the work on the above-mentioned picture “The Fault in Our Stars.” Also, Knate Gwaltney joined them.

Filming of the movie itself has already begun in March this year.

According to X-Men The New Mutants teaser trailer, five mutants of a young age are locked in a subdivision of special secrecy. They will have to face their destructive abilities, as always save the world and of course themselves.

The general style of the picture will reflect the youth films of the eighties. The main idea of the producer was to implement a new film about People X in the form of a trilogy when each of the parts refers to the previous one. The main antagonist will be the giant Demon Bear, drawing its power from the negative emotions of people.

The movie is scheduled for an April 2018 release date.

A new X-Men The New Mutants official trailer 2018 is great and fascinating, we hope that the movie will be the same.