While James Bond movies are becoming more serious and realistic, a different process develops like a reflection in a mirror. The tradition of the funny spy movies not only did not die, but live, and live successfully. At the very least, a comedy “Kingsman: The Secret Service” was in no way less interesting than the next blockbuster about the 007. We are sure that no matter when does Kingsman: The Golden Circle come out, it’s going to be good. 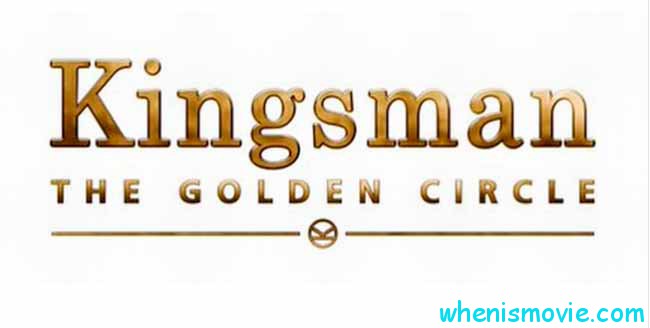 How it all started

Many years ago, the English aristocrats decided that the safest thing is to deal with the security themselves. And why not the security of the whole wide world? They have invested huge amounts of money in the creation of an independent top-secret intelligence “Kingsman”. Now every aristocrat becomes a super agent after the special training. Little does he need a license to kill; he barely needs any license at all. Because a real gentleman knows how to act in any situation. New time brings new challenges, and now “Kingsman” has to deal with the mysterious villains that threaten all humanity.

Reflection of the genre

The movie “Kingsman: The Golden Circle” trailer is yet to come out, but we can already tell that the main point — the characters — is going to stay the same: glorious and hilarious.

Thus, the two main characters — classic archetypes, doomed to both success with audiences and accusations in stereotyping. Both reactions are justified. Ordinary guy from the outskirts, who saves the world, is always attractive, as there are villains, seeking ways to subjugate the world. “Kingsman” is really a set of stamps of the cinematic spy genre. But these components together form a strong, dynamic, funny and intelligent film, that hasn’t been seen on the screen for a long time.

Matthew Vaughn openly names the sources of his inspiration, reinterpreting them with a bit of madness, which is necessary for high-quality parodies. That is why the boy’s mentor, a true gentleman with manners of Bond and love for the dry martini, Galahad (Colin Firth) can spontaneously arrange a “bloodbath” in an apparent sectarian church. For the same reason, pro-fascist statements about the need to cleanse the planet from genetic contamination are heard from the mouth of a black character with the habits and appearance of the rapper from the ghetto. Politically incorrect black humor of Matthew Vaughn is also very topical, which distinguishes it from the many parodies of spy movies. At the same time, “Kingsman” will appeal to fans of pure entertainment — all the action scenes are filmed at the highest level, and even Colin Firth looks unexpectedly convincing as does all the cast. In short, the film met the perfect balance of action and trash. Hopefully, he will continue in the future, because, in all probability, “Kingsman” will grow into a long-playing franchise, and the phrase “Oxfords not brogues” will become a cult one-liner akin to “mix, but do not stir.” Kingsman: The Golden Circle 2017 movie release date is on 16th of June.

What can we say: the first film begins with the Dire Straits song and ends with a Roxy Music. At the same time, despite all Vaughn’s irony, with borderline rudeness sometimes, good old England has still brought up – with some regrettable exceptions – the good guys. The world’s evil is personified in the figure of the Facebook-era — a new-wave billionaire, who wears a baseball cap and sneakers, eats a Big Mac off the silver tray while joyfully yelling after purchasing the real cylinder in London.

Of course, you should only watch this movie on the big screen with good sound, transmitting all the nuances of the English language. When the heroes begin to speak in different languages, each of whom is equally English, it does not even need to be translated. You just have to hear it. English here is presented in so many variations that it is possible to show the film in schools as a good example of dialects and accents. Anyway, this movie should be shown everywhere and to everybody. It is, of course, forgotten immediately after watching, but the mood is always good afterwards. As a gentleman, Harry would have said: “As in those old movies.”

While anticipating the next part of the franchise, the movie fans start to surf the web searching for the juicy details about the movie. Rumor has it that there will be another big Hollywood star involved in the movie. Matthew Vaughn invited Channing Tatum! We don’t know what kind of character will he play or even his mother agency because the story is known to be about the cooperation with an American Kingsman-like organization. When Kingsman: The Golden Circle 2017 is coming to theaters, nobody has any idea what to expect. But it’s undoubtedly going to be a great piece of cinema.