Marvel Universe – is a cultural phenomenon of the 21st century. It showed to the world, that even the narrow topics, that are interesting only to fans can gather millions and make them looking forward to new parts of their favorite movies. Starting with Iron Man, the company consistently takes every popular hero of their comics and put them on the screen. Considering that fact, that Marvel regains almost all the rights on its trademarks and Spiderman is a popular superhero in a scale not only of Marvel Universe but in the history of the genre, the new movie about him was only a matter of time.

In fact, the new series – is the third reboot with a new cast and new plot, but, looking at the success of Marvel Studios, we can assume, that now it will be a long-term product. The main question now – is when does Spider-Man: Homecoming come out?

The expected movie will be released on July 7, 2017; it has the subheading “Homecoming”, and it probably has a couple of meanings. Firstly, it covers the plot. But, on the other hand, it’s a part of a very good joke by Marvel. It’s a kind of return of the Spider-Man back to Marvel.

Marvel chooses this release date for Spider-Man: Homecoming movie by reason. It creates a good-looking combination of 7.7.17. And only this can attract some extra viewers.

All the fans already had the opportunity to watch the trailer of Spider-Man: Homecoming movie. Maybe, it’s not so rich in details, but it tells a lot of valuable things about the atmosphere of the future of the series. For example, it will contain humor. We’ll assess it later, now it’s just the fact.

A few of words about the cast. Peter Parker (Tom Holland), who is a Spider-Man in real life in this film – is a school student. Probably it means low age limits in cinemas. Also, we’ll meet Tony Stark (by charming Robert Downey Jr.), who is a mentor of the young Spider-Man. Of course, there is a huge chance, that there will be a lot of other heroes, known by older Marvel movies. Also, this film can create some situations, that will be the starting points for inserting the character of Spider-Man in Avengers movies.

Jon Watts is the director of the movie. He’s very young, only 35 years old, and it’s his third movie, but considering the Marvel’s quality standards, this fact shouldn’t frighten anyone. Spider-Man: Homecoming in addition to rising star, Tom Holland, and the icon of modern Hollywood, Robert Downey Jr., also stars young actors as Zendaya and Jacob Batalon, and even the real stars with a lot of awards, like Oscar, for example, Michael Keaton. By the way, he said, that he is very happy to take part in this film in one of his interviews.

Spider-Man: Homecoming is arriving in theaters next year, on July 7. Producers don’t like summer, it’s an unloved season for new movies, especially blockbusters, but, on the other hand, considering the strength of the Marvel brand and the popularity of the Spider-Man himself, maybe, it’s the sign, that all the viewers in July will watch only this movie. 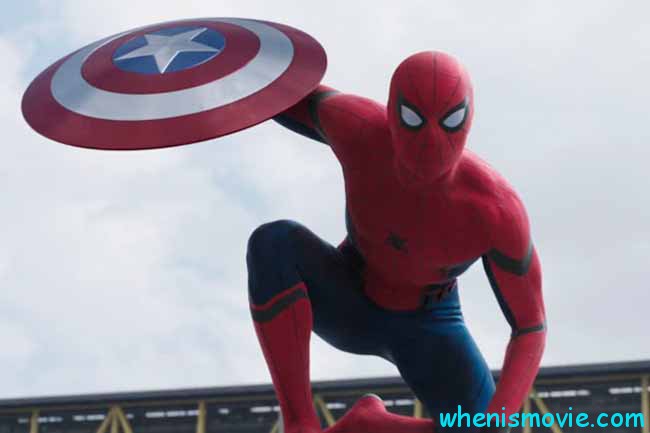 All the Marvel movies, except The Incredible Hulk, were new IPs in the Universe, but Spider-Man – is already the third attempt to image this hero on the screens and many viewers will, of course, compare this variant to the others, especially the first three films by Sam Ramey. And even if the Spider-Man: Homecoming won’t be a bad movie, it can meet critics, caused by a lot of unfamiliar details. On the other hand, Marvel has its own style, and, summarizing all the previous fifteen movies, we can be sure, that none of them were bad. And the Spider-Man is really a valued brand, and it should just strengthen the success of Marvel Universe.

Half of the year left till the release of the movie on the screens on July 7, 2017, and we’ll see, what new Marvel prepared for us. The last convincing fact of the future success is the existing date of release of the second part of new Spider-Man series. Marvel is planning to create the next movie about the superhero in 2019. This information means, that studio is so sure in the success that it can plan, prepare and finally create the new headliner of the Universe like it was with Iron Man. Again, considering the real love of the people to this hero, it’s not just the wish, but the close future.

So, now we know, when is Spider-Man: Homecoming coming to theaters, and waiting for July 7, you can watch again all other Marvel movies, diving in this universe, or the trailer, looking for hidden details, that creators hid for real fans, and prepare to actively expressing all your thoughts and emotions.