If you ask: “When does Tulip Fever come out???”? you are a fan of romantic stories, drama and historical novels! You like well-directed movies with strong actors and command (director, screenwriter, composer etc.) stuff.

And on 1000% you have seen the movie Tulip Fever trailer already!!! And it’s amazing!!!

This film is an adaptation of the novel with the same name written by British writer Deborah Moggach. 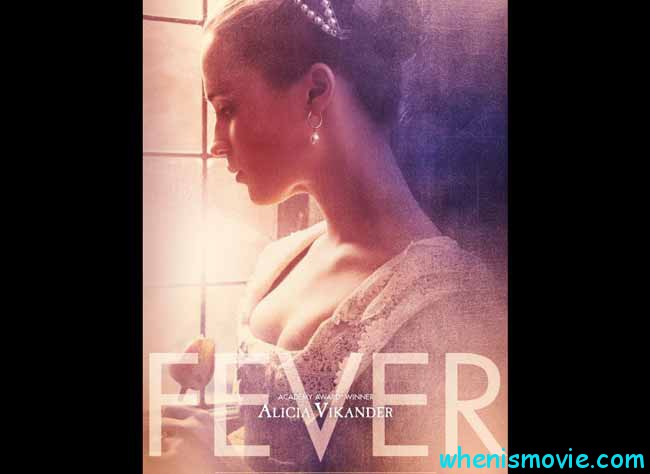 The action takes place in Holland (Netherlands) in the Ist half of the XVIIth century. This was time of “tulip mania”, when people paid grate money for the tulip bulbs. In that time one tulip bulb cost more than salary of usual worker for whole year!!! Just imagine!!!

Traders made much money and grate wealth for tulip flowers due to “tulip mania”.

One nobleman Cornelis orders the portrait of his wife to a young artist Jan, who came to Holland seeking for a job. Cornelis earned his money on tulips trade! He has a very beautiful young wife Sophia. She doesn’t love Cornelis, but she got married him…

Artist Jan fell in love with his young model Sophia while he was writing her portrait. Jan and she started secretly dating, hiding their feelings from other people. But Sophia is married…

But Jan and Sophia want to start their new life together and they need money for this. So, they dare to start a risky flower business. 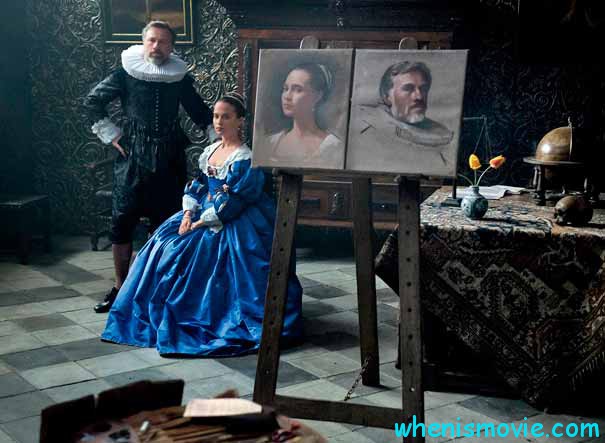 In the same time… Mary, the maidservant of Cornelis has a little child. The nobleman wants a child for a long time, but he is childless. So, Cornelis starts to pay attention to Mary.

The Stuff and the date…

This beautiful historical and romantic novel collects together a perfect group of wonderful professional and well-known artists.

The top-list of creators is: 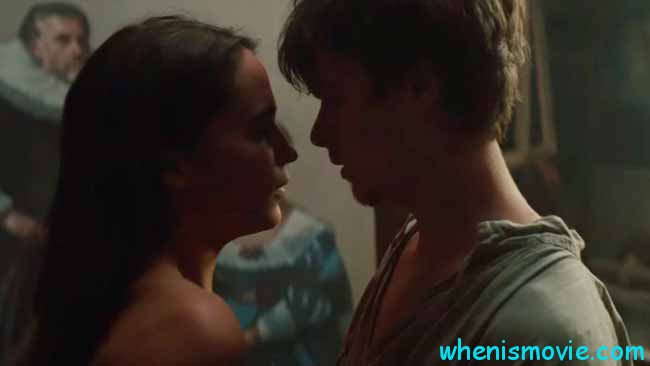 Even if you are not a fan of historical movies and romantic stories, you should watch this movie only because of cast.

The main characters were played by Alicia Vikander and Dane DeHaan. Alicia Vikander (who plays Sophia) is a young Swedish actress. She already got a big attention from many directors and won hearts of her audience. She took part in such successful projects as “Ex Machina”, “Seventh Son”, “The Man from U.N.C.L.E.”, “The Danish Girl”, “Anna Karenina” (2012), “A Royal Affair”. She got her Oscar for her role in movie “The Danish Girl”. This movie also tells us a story about artists and she plays the portrait of the artist Gerda Wegener.

Christoph Waltz plays a Sophia’s husband and nobleman Cornelis. Christoph Waltz has two Oscars. He became well-known artist after such movies as “Inglourious Basterds”, “The Three Musketeers”, “Water for Elephants”, “Django Unchained”, “The Legend of Tarzan”. And like Alicia Vikander, he also took part in “artist movie” – “Big Eyes”.

Dane William DeHaan plays a young artist and beloved of Sophia. He took part in the second part of “The Amazing Spider-Man”, “Jack & Diane”, “Two Lovers and a Bear”.

Do you remember, when is Tulip Fever coming to theaters? Yes, it’s August 24th 2017.