The Jews have been around for ages, and they sure do know a thing or two about telling their stories to the rest of the world. However, unless you’re a Jew yourself, you probably haven’t seen half of the TOP 10 best Israeli movies for all time.

But that’s alright because we took the time to make the list of the greatest films that you should check out whenever you find yourself in the right mood. These folks have their own vision and their own message – it would be a shame not to get inspired by it. 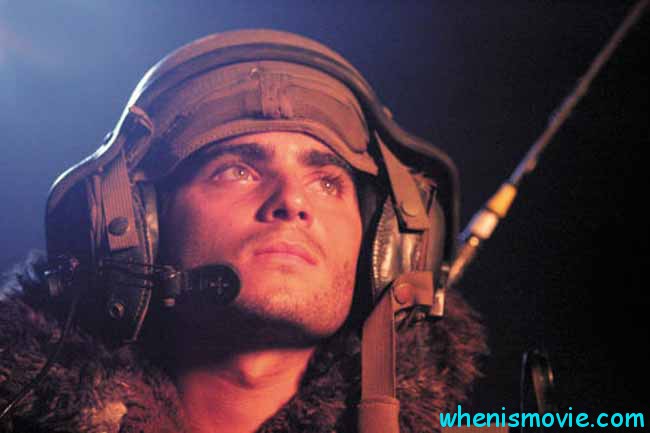 Welcome to 1967. The battle that we know today as the 6-Day War is over. The soldiers finally have some time to rest and to get themselves together. The story is focused on Haled and his partner. They are members of the Egyptian army who have only one thing in mind. The goal is to make their way to Suez Canal.

Obviously, the road isn’t going to be a walk in the park, but these men are determined to get there on time and without a scratch on ’em. On this journey, they come across all kinds of folks, including shepherds, overzealous reporters, and even soldiers from the enemy’s camp. This is a gripping, hilarious film that you can check out after a hard day at work.

Eliezer is an esteemed and renowned professor at one of the most prestigious universities in the country. He’s got a son who’s just as gifted and brilliant. However, instead of joining forces and achieving something truly great together, they constantly fight and consider each other to be rivals. And when they discover that the man of the house is about to get recognition for his outstanding work, the tension between the two escalates and reaches a never-seen-before peak. The son does everything in his power to prove he’s the one that deserves the prestigious award. So, what’s it gonna be? Who will prevail in this clash of the titans? Of the TOP 10 best Israeli movies for families, this one’s a solid pick.

Norman is an operator who’s trying to give back to the Jewish community that he was born into. He’s a capable man who knows how to get things done. Back when he was on top of his game, Norman met a struggling young prodigy and helped him out in every way he could.Sometime later, that fella turned into a world-famous politician, a powerful and influential player.

So, did the old Jew’s life change for better after that? Yes, it most certainly did; at the same time, it brought him a lot of complications. His friends, relatives and everyone in between decided to pay him a visit and ask for favors. He never wanted the attention, but his friend’s success took a toll on him.

Daphne used to be a happily-married woman with 4 children and a great husband. Unfortunately, he passed away recently without rhyme or reason, leaving the family all alone in the world. From now on, the mother will have to take care of the kids on her own. The eldest son leaves school and turns into an emo, straying away from his family and girl.

His sister, a gifted musician, abandons her dreams to care for her siblings. The rest of the kids have their own things to take care of. It’s obvious that they’re growing further apart from each other, but life gives them a chance, an opportunity to get back together and to fix the wings that were broken. Put Broken Wings on the list of best Israeli movies to watch if you appreciate thought-provoking family dramas.

In Israel, when it comes to the civil matters, the rabbis are very influential and powerful. As far as marriages go, only they can “bless” a union or a divorce. Besides, a woman can’t get a divorce unless the man agrees. The husband gets to decide whether he’s ready to let the wife go or not. Viviane, a beautiful Jewish woman, has been trying to cut ties with her hubby for 3 years now, but he keeps refusing, thus turning her life into a misery. In a country where men have more rights than women, she vows to fight the corrupt system. And, she wants to prove to the whole world that you can achieve great things if you stand up for yourself and believe in your cause.

A regular teacher at a kindergarten is fascinated with a 5-year-old boy. She believes that he’s destined to become a phenomenal poet. At this young age, he’s already pretty great at it, and the woman decides to give his gift a voice and to make sure he grows up to be the greatest poet of his time. He gives her the inspiration and the motivation to fight bureaucracy and to keep believing in the kid despite what everybody around her says.

As far as the TOP 10 best Israeli movies to watch go, we have to say that this is a moving, touching, and heart-warming tale. You won’t see any breathtaking action scenes or CGI effects here, but the story, the acting and the message will, most certainly, grab your attention.

This film follows the story of 3 lovely Jewish ladies living in the capital and trying to find happiness in their daily lives. Batya is a waitress with a beautiful heart. She adopts a little kid stranded in the middle of the beach and takes care of it. Keren got married recently and broke her leg: the girl was locked inside of a bathroom and hurt herself while escaping. That means that her dream journey into the Caribbean is over – she’ll never get to enjoy her romantic getaway with the man she loves. And finally, there’s Joy, a citizen of the Philippines who speaks English. These women come from different social ladders and would’ve never met each other if not for this chance encounter. But life brought them together…

A young woman, a widow, has to take care of two adorable daughters – teenagers. It’s been a year since her husband passed away, and, even though she was never in love with him, his death shocked her. So, in order to let go of the past and move on, she sells his car that has been standing in the garage this whole time. Rachel starts to see other men that Shula, one of her best friends, sets her up with.

This isn’t the end-game, though: the mother of two wants to be accepted into a brand-new group, an ideology that is just starting to shape up. Shula’s man is the leader of this movement. All Rachel ever wanted was to secure the future for her kids, but this new life brings new complications. Of the TOP 10 best modern Israeli films, this one’s a must-see. 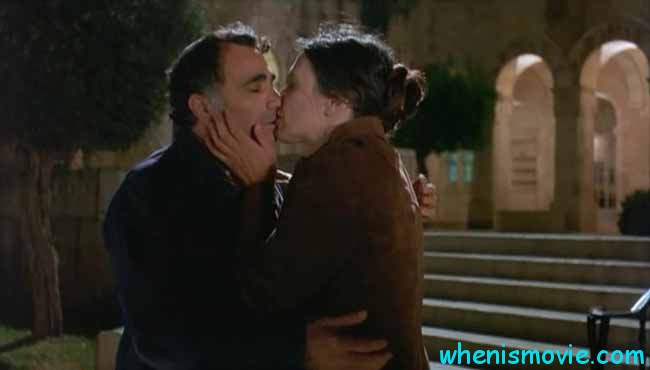 Welcome to Tel-Aviv. The plot follows three characters, three regular men, and women who come together under the worst possible circumstances. Tarek is a young fella from Palestine. Keren is a teenager, a 17-year-old girl who spent her entire life in a religious family. All she wants to do is get away from her mom and dad and start her own life as an independent young person. As for Katz, he’s just an angry older guy who can’t find happiness or joy in even the brightest moments. What do these people have in common? Are they destined to change each other’s lives for the better? Or is it just another regular day in Israel?

Lebanon is a hot zone, and the government of Israel has a significant number of troops located in the area. Liraz is a 22-year-old prodigy, a gifted commander. His soldiers rely on him to bring them back home safe and sound. But right now they have a mission: to secure the mountains and get the job done, even if that means sacrificing their own lives.

The enemy is hiding in the shadows and drops terrifying bombs from the sky, killing the young men and driving them crazy. Liraz used to believe that what they told him at the academy was true and that it would help him be a great leader. But the horrors of war prove that one man is nothing against the war machine. Alright, now you know what is the best Israeli movies!