Chinese movie loudly declared itself in the 90’s, today it is equally popular among the viewers and distributors around the world. Another proof of success can be considered a huge number of Hollywood remakes, made based on Asian films.

Chinese movies are always special exotic, which is expressed in the title, in the plot, and in the aesthetics of the picture. The topic brings to your attention TOP 10 best Chinese movies to watch. 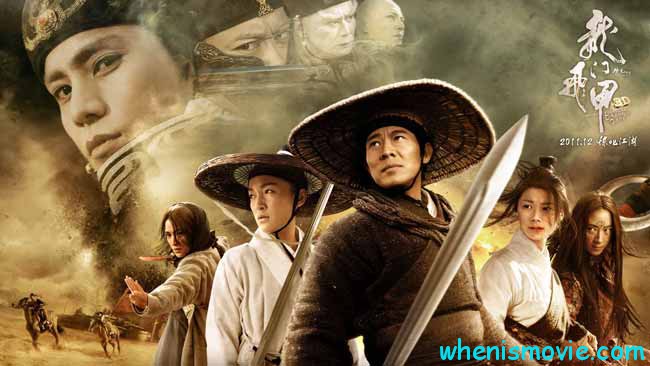 The feature film reveals such important concepts for Eastern philosophy and Eastern people as a sense of duty to the teacher, to his parents, to love, obedience to the parents’ will and respect for them, loyalty to friendship. The main character of the film – the legendary martial artist Li Mu Bai leaves the warrior’s way and plunges into deep meditation.

His magical sword, he passes to his friend but soon learns that the sword was stolen by an unknown attacker. Lee Mu Bai goes in search of his sword. On his way, he will meet an old enemy – a female murderer Jade Fox, who once killed his teacher, and will also find new strength and love.

The film was awarded 4 Oscars and 2 Golden Globe Awards, as well as 6 Oscar nominations. The film is full of scenes with truly beautiful battles that took place against the backdrop of Chinese temples and palaces.

Historical drama tells one story, given in three novels. Actions take place in ancient China when a powerful empire was split into many principalities. However, there is the ruler who wants to become the Emperor of all the Celestial Empire. To prevent such self-will and impudence, the opponents send to him three hired assassins with interesting names: Broken Sword, Sky, and Flying Snow.

The mysterious warrior Nameless, who is called to the palace to protect the emperor from the attacks of enemies, opposesto mercenaries.

Christian Bale is in the TOP 10 best modern Chinese films.

The military drama is based on real events that occurred in 1937 in the Chinese city of Nanjing during the Second Sino-Japanese War when five hundred thousand civilians were brutally murdered. Terrified to death girls and women found shelter in a Catholic cathedral where they are not in danger. In the same cathedral, elite Chinese prostitutes from the famous brothel were found shelter. Soon, the American undertaker John arrives in the cathedral to bury the deceased priest.

He turns out to be the only man who has to protect unfortunate girls. Japanese soldiers with sophisticated cruelty rape and kill women of all ages, bury live civilians and even cut off their heads. John – not a soldier or a hero, but he comes up with a clever plan to save the girls.

The action of the film unfolds in 30-ies of the XX century. The power in the streets of Shanghai is captured by a serious criminal group called “Ax.” Participants of the group control the whole city. Only one village remained unconquered for them. Once a small adventurer named Sing pretends to be one of the members of the gang. He does this because he can no longer live in the poverty that surrounds him. It’s even hard to call him a thief or a robber. He’s just a petty thief, who can do nothing in illegal cases. Soon, Sing becomes the culprit of the war between members of the bandit group and the fleeing villagers. But the bandits did not know that the villagers know Kung-Fu and will be able to stand up for themselves. Reluctantly accepting their defeat, the group members persuade Sing to kill one of the villagers. In return, they promise to accept him into their gang.

The internecine wars were devoured by Ancient China. Two provinces came together in a great battle, at the end of which there were only two survivors. One of them is the General, and the second is an ordinary poor soldier from Liang Province. Fleeing, the soldier pretended to be dead and thus captured the wounded commander. If he manages to lead a captive to his master, he will receive not only money and land but also freedom from military service.

The middle of the TOP 10 best Chinese movies for all time.

The Great Wall is one of the largest constructions of world architecture, running through the northern lands of China for more than eight thousand kilometers. A unique structure, attracting tens of thousands of tourists every year, is among the “new seven wonders of the world” and is a valuable historical asset not only of China but all mankind.

The fascinating film will tell its mystical story about the reasons for building such a massive defensive structure and tell us about what kind of enemy the Chinese people had to face in order to take such drastic measures.

In the center of the plot is a mercenary who all his life fought at the behest of the gods and greedy rulers who paid handsomely for his work. But after he is taken into custody and sent to the wall, the hero recognizes the terrible secret associated with the erection of such a massive structure. Huge flocks of ferocious monsters begin to lash out at the wall, brutally killing frightened defenders. For the first time faced with an unknown danger, a brave hero, along with a huge army of elite warriors, is on the path of a ruthless invincible force.

In one of the provinces of China lived a great Kung Fu master named Ip Man. He did not have his own school, he did not teach students. The master, perhaps, sometimes invited his friends to his house to exchange art experience. But when hard times of occupation for Japanese samurais came to China, Ip Man even in difficult moral conditions did not forget about honor and dignity. And only Kung Fu gives him the strength not to break down and remain that great master whom he is destined to be.

The film tells about the life of Captain Gu Zidi, the commander of the 9th Company of the Chinese People’s Army, about the fighting, the last of which he was the only one who survived.He tried to correct the mistakes of the military, who declared his heroic company missing.

The plot line of the cinematographic work tells us about the great man who is the creators of the best martial arts school in the world. Not so long ago, a man took almost the most important decision in his life – retire. Well, it’s no problem to leave, but who then will continue the hero’s business? At the same time, the best student of the main character of the film has incredible plans for the future: he plans to unite all existing schools of martial arts into one powerful and cohesive organization.

The leader of the TOP 10 best Chinese movies for families.

There is an old legend that once in 60 years in the desert a strong storm rises, which blows away heavy sands and reveals before the eyes of the travelers the Golden City – a complete treasure place long ago abandoned by people. It turns out that the legend is true. That is why in the hotel “Dragon Gate,” which is located on the outskirts of the city, near to which the Golden City, a company of adventurers gathers.

Hope it answered the question – what is the best Chinese movies?