Many children and their parents are waiting for a new cartoon. The title of this animation movie is “Rock Dog”! And it will be ROCK!!!

So, many people (and children, and adults) are asking: “When does Rock Dog come out?”

And while they are waiting, they can watch a movie Rock Dog trailer, because it is already available.

This is very bright, positive and interesting story. You can watch this animation movie with you family and you will have a wonderful weekend (you can be sure on 100%)!!!

All heroes in this movie are anthropomorphic animals, who live, talk, work and have a rest just like real people. 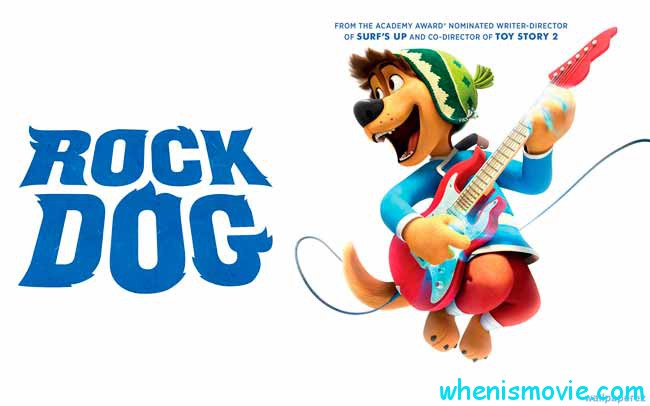 What is this cartoon about?

The main hero in “Rock Dog” animation movie is Tibetan Mastiff. His name is Bodi. He lives in the small village situated on the big high in the mountains.

Many years ago he lost his family and he was wandered. For a long time he was looking for a shelter. And then he came in the monastery and stayed there. There is peace in the temple and its inhabitants practice the sacred science of possibilities of body and meditate.

After his wandering life in the temple for the hero is like a heaven and monastery is the best place in the world.

He find a new family and he is very happy!!! He also ties to meditate, open his mind and looking for consciousness with the world. He is not ideal and cannot do everything perfect, because he is very energetic and curious dog. He just can’t sit quiet for hours… Even for insight.

But… One day… The real radio just… falls from the sky! Just on his head.

What is this?.. – wondered he. And our brave hero decides to research this thing, this stuff. He turned the button left… then right… and switched the radio on. And after that he heard music. And these sounds were wonderful for our hero. He decided it was the best thing in the world. And the life of the Mastiff was changed forever. He can’t imagine how he lived before this moment.

And Bodi begins dreaming about music. He want to become a great musician. He made a guitar by his own hands. Bodi decides go to a big city, where (as he hopes) he can learn to play Rock. His foster family was not very happy from this idea, but later they decided to let go Bodi and blessed him.

And the most interesting thing – the teacher of Rock music for Bodi became… Cat! Britich Cat!

What is this animation movie about? Ti’s about how dreams come true!!!

Who are creators and cast this cartoon?

The animation movie “Rock Dog” is the result of the common work of creators from China and USA.

Ash Brannon became the director of the “Rock Dog”. And he works with cartoons not often, but his animation movies became very popular and well-known.

Luke Wilson gave his voice for Bodi in cartoon, Eddie Izzard became that British Cat, who will teach Bodi and who is a Rock legend. And Angus has many, many… really many guitars!!!

Did you ask you already: “When is Rock Dog coming to theaters?”. Remember this date – is February 24th in 2017.