What could be better than watching a lovely comedy with the family late in the evening in the warm house? Especially, if such genre of film is about happiness and family values. Nothing brings people back together like such projects where the director wants to represent someone’s story – the life full of problems with wife or husband that can lead to divorce. New upcoming comedy movie made by A24 tells the long story about how people who had been loving each for years found new partners but then understood they actually loved each other. So, the question is, when does The Lovers come out?

The rumors about the production of the film appeared on the Internet in 2016. At the end of April, it was officially announced that entertainment company A24, which was mentioned before, had made a decision to finance upcoming comedy. Later on, there was information on the Internet that famous American film director, best famous for creating a movie called Terri in 2011, Azazel Jacobs was going to head the project. After some time of planning it was decided to choose Debra Winger and Tracy Letts to play the main characters. 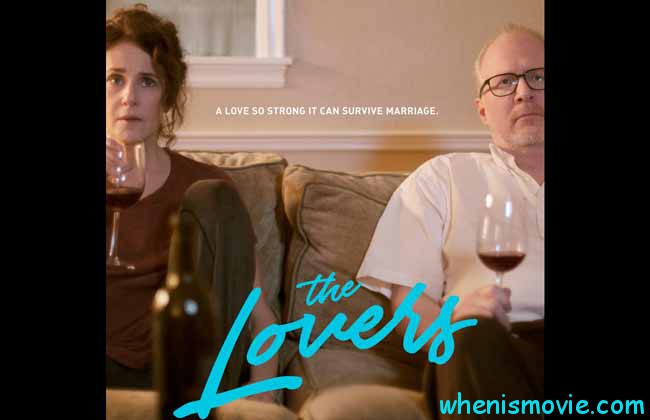 At the very end of May in the same year, the filming was officially started in Santa Clarita Valley in California and also around that area. The main shooting took a little bit more than a month. Afterward, movie The Lovers trailer was uploaded on the Internet so people from all around the world who are obsessed with such movie genre started searching for more information about the release date of the American project. Later on, director and company A24 decided to make an official announcement. So, the USA film premiere planned to be on May 5th in 2017.

Due to the story line of the movie, it will be a great opportunity for those couples who started feeling cold feelings between each other to relive them. On the other hand, this comedy can be watched by a big family just for fun and finding something useful. When The Lovers 2017 movie release date was finally announced people also got the information about its plot.

Debra and Tracy play a couple who has been married for a very long time. And that is one of the reasons why they don’t attract and like each other anymore. However, the everyday routine makes them be in constant contact. One day, the main female protagonist Mary starts thinking about his husband Michael as she accidentally finds out he might have a lover. He comes back home late in the evening and has no desire to talk to his wife as it was just a few years ago.

Nothing is that clear as it seems to be at the very beginning of the movie. The viewer finds out that both Mary and Michael fall in love with their lovers. Michael starts dating with a ballet teacher but she feels that he still loves his wife. At the same time, disappointed and sad Mary meets a guy in a pub and after some time of having a conversation together, they catch some feelings to each other. However, even if each and every one of them comes home late and has fun with another person, it is not about love – deep inside their souls Mary and her husband love each other.

Due to the cast of the upcoming film, people have the opportunity to see a funny and breath-taking story about a long-married couple that lost their passion. However, despite the fact, each of them has a person that helped them to feel that energy and passion again, a spark between Mary and Michael appears again as it was when they first fell in love. The couple experiences and discovers new feelings that are the key to avoiding the divorce.

When is The Lovers 2017 coming to theaters this will be definitely one of the best divorce comedies that have ever been made my American cinematography. An impulsive and never experienced before romance will appear between two people that previously discover they don’t love each other anymore. Or maybe they just needed to refresh their relationship? Each of them has a strong desire to stop having romantic relationships with their other partners who don’t understand what happened and why, after a long time of feeling nothing, they fell in love like teenagers.