When the very first Maze Runner movie hit the theaters a couple of years ago, all the fans of sci-fi, action, adventure and thriller blockbusters fell in love with it. The official sequel came out recently, and now we’re all waiting for chapter three to land. It’s been a while, so, do we know when does The Maze Runner 3 The Death Cure come out? Yes, we do. As a matter of fact, we’ve got the official dates set already: In America, the new installment in the series will arrive on February 9, 2018; same goes for the United Kingdom and Turkey. France, for example, will have to wait until February 14 to check it out. At the same time, Brazil and Germany are the luckiest ones, as they’ll get a chance to see it first – on January 11 (2018, of course).

Pushing The Date Due To Unforeseen Circumstances

Now, initially, MR 3 was set to hit the theaters worldwide on February 17, 2017 (which means it would’ve been out already), but, because of O’Brien’s heavy injuries (the actor nearly escaped death on the set of the movie), they rescheduled the premiere. Thankfully, Dylan, the star of the cast and one of the greatest actors of our time, is alive and well, and he’s already back at it. He had more than enough time to recover from the horrible injuries, and, hopefully, the release date won’t be changed for the second time. 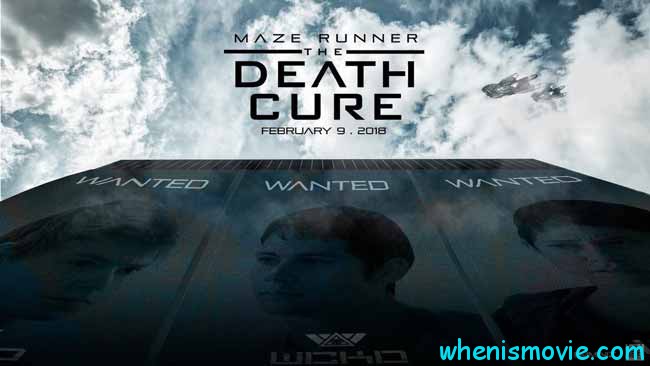 The film will be available in 2D, 3D and IMAX 3D, so, if you love that awesome “It feels like I’m in the movie” experience, make sure to spend those hard-earned bucks on the IMAX edition. The target audience of this dystopian sci-fi trilogy is, of course, the young adults; if you are one, and you’ve got some hip friends, check the movie out together – the fun will be multiplied! Or, you can just wait for the DVD to come out and enjoy it at home :).

No Trailers Out Yet; Only A Short Behind-The-Scenes Video

Alright, so, the premiere is more than six months away, and they usually don’t drop trailers that early. Yeah, the movie The Maze Runner 3 The Death Cure trailer is not available yet, but there is a pretty awesome inside-look video on MTV’s channel that features the whole cast and some insights into the production routine. The actors talk about growing really close to each other over the five years that they’ve been working together, and that actually has a great impact on any movie. Let’s hope all that “bro love” pays off and the finale to this epic trilogy brings even more fun and excitement to the fans.

Now that we know The Maze Runner 3 The Death Cure movie release date in 2018, it’s time to talk a bit about the acting talent involved with it: as mentioned above, Dylan O’Brien is the lead actor, and we’ve got pretty much all of the original cast back at it, including Kaya Scodelario as the lovely and mysterious Teresa, Ki Hong Lee as the ever-vigilant and ever-fearless Minho, and, of course, the head-strong Frypan and the good-hearted Newt. Yes, the original gang is together again, and as for the villains, we’ll get to see some new faces.

Save The Earth Or Die Trying

With DC being the last chapter in this highly successful series, expectations are pretty high. Thomas and his friends, the few survivors, are ready to confront WCKD in a grandiose battle. The Flare, the devastating disease that’s taken over the world, needs to be dealt with, and if they fail at finding the cure, everything will be lost. This is the final test, the biggest challenge in their lives. Will the young freedom fighters be able to save the world from complete annihilation? Oki-Doki, you already know when is The Maze Runner 3 The Death Cure coming to theaters in 2018 – on February 9th – and know that it will be action-packed and dramatic. All that’s left to do is wait for the premiere!