If you’re a big fan of psychological thrillers slash family dramas, this brand-new masterpiece, directed by Mr. Marc Forster, will be your new favorite this year. The movie made its debut last year, at the TIFF, and created a lot of noise. So, when does All I See Is You come out for the general public? Let’s see: the United States audience will get access to this film on August 4th (which is less than two months from now); same goes for Canada, even though the movie did make its premiere in Toronto (global theatrical release is still set for this summer). As for the plot of All I See Is You, the story follows a beautiful blind woman and her complicated relationship with James, her husband. This is a tale of forgiving, moving on, and redemption. And, there’s enough suspense, mystery, and thrill to keep the tension rising for the audience and explode at the finale. 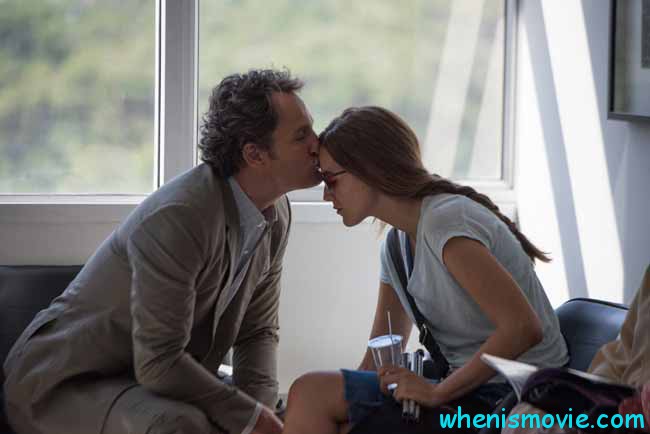 Let’s Check Out The Trailer

They had a pretty great life together right up until the moment she got her sight back. Gina was confident that her eyesight was forever gone; yet, a miracle happened. At the same time, it didn’t bring happiness or joy into her life. On the contrary – the things that she starts to see disturb, confuse and frustrate her. The marriage she thought was perfect is anything but, and her man is not really the picture-perfect husband she thought he was. Ok, so, what about the official movie All I See Is You trailer – is it any good? Well, it is pretty tense and will be greatly appreciated by the fans of heart-wrenching scenes. It’s not epic or anything and just shows Gina getting her sight back. The doctor takes the “bandage” off and she sees her husband smiling at her. Is it enough to get folks excited about it? Not really! On the other hand, it’s not meant to be a record-breaker in terms of commercial success, even though it does feature A-grade actors/actresses (we’ll talk about that next).

Ok, let’s check out the cast: we’ve got Blake Lively playing Gina and Mr. Jason Clarke playing James. Furthermore, the beautiful and gifted Yvonne Strahovski is portraying Karen, which automatically makes All I See Is You a must-see for the fans of great acting. None of these wonderful actors/actresses needs an introduction, as you don’t even have to be a big movie junkie to know their names. Hands down, the cast of this upcoming film is the biggest reason for people to check it out when it officially hits the theaters, because, once again, the trailer isn’t doing it any favors. This is a drama, a movie that you’re supposed to watch with the blinders closed and your headphones on, not in the theater with your friends and a big bowl of popcorn. If that’s not your cup of tea, then you probably shouldn’t even bother thinking about the All I See Is You movie release date in 2017. But, if you appreciate thrilling dramas, just know that it will be available in America on August 4th.

A Movie For The Aesthetes

The critics that had the privilege of watching this film at the Toronto premiere are calling it a solid, heart-warming and touching drama that lingers on long after you finish watching it. All I See Is You starts off slow, but, if you stick with it, the finale will be truly rewarding. If Foster wasn’t the director, someone like Polanski would’ve turned it into an even more depressing story; but Foster made a decision to switch from drama to suspense and thrill in order to keep the average viewers satisfied, as opposed to boring them to death. Was it the right move? We’ll get to decide for ourselves pretty soon. When is All I See Is You coming to theaters in 2017, you might ask? On August 4th, ladies and gentlemen, so, mark that date on your calendars!