Before the next part “Pirates”, entitled “The dead do not tell tales,” started, till to release is about a half a year, and at the same time, it seems the public is still not so informed about what to expect from the upcoming blockbuster. Disney studio representatives said, that the production started almost same time with the previous chapter, that came in 2011. The premiere was planned to hold in 2015, but the creative studio had to delay it for two years because there was not ready script and there were financial troubles.

Whatever it was, the main work on a project is at the finish line: the picture is already in post-production, and a well-known creative composition promises the viewer something incredible. Everyone is interested when Pirate of the Caribbean: Dead men tell no tales comes out. Probably, this is the most expected movie of 2017. 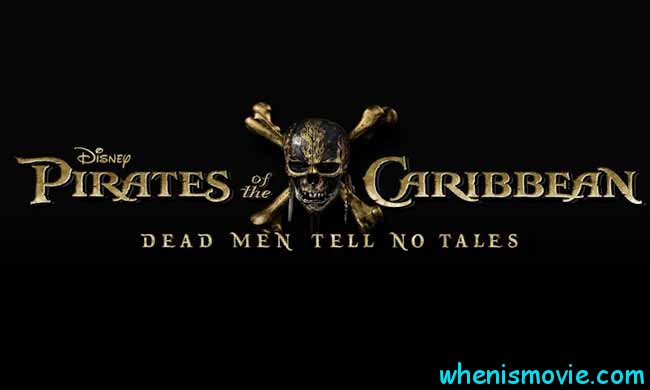 The “Pirates of the Caribbean: Dead men tell no tales” will become a fresh step for already fancied by audience chapter about dangerous life of a rogue and rum lover Captain Jack Sparrow. Jerry Bruckheimer in the meeting with Collider publication in summer of 2015 said, that the scenario of the movie is close to “real pirate movie”, and the scenario contains minimum of magic, maximum reality. Orlando Bloom claimed that the 5th part will be “soft reboot”.

Synopsis of a new part of “Pirates” appeared a half year ago, it became clear that magic is indispensable. In scenario exhausted his luck Jack Sparrow understood that he was hunted by his old revengeful enemy Salazar escorted by ghost corsairs. They had just got out of the prison in Devil’s Triangle, and desire to destroy all the survived enemies, including Jack Sparrow. Salazar tells a young man to find Jack Sparrow and tells him that death is coming for them. The young man is Henry Turner, the grown son of Will Turner. Why does he want to kill Jack so much? Because he is guilty in the imprisonment of Salazar. Jack searches a weapon that will help counter Salazar – Poseidon’s trident. For the lovers of upcoming chapter Pirate of the Caribbean: Dead men tell no tales, a trailer came up 2 November and it will jog your memory.

Because of Keira Knightley, leading lady as Elizabeth refused to shoot in the upcoming sequels, a place of true Sparrow satellites will take a new charming pair of young lovers Apparently. Keira Knightley said that “Pirates” took from her five years of life and it is time to move on, and she has long outgrown its hero. Now with the desperate pirate Henry and Karina will travel. Their role went to 27-year-old Australian Brenton Thwaites and 24-year-old British Kaya Rose Scodelario.  Karina and Jack’s relationships went wrong at first, but then they become real friends (he met her on the site of the proposed execution.).

Javier Bardem, the owner of “Oscar”, played in “Skyfall” was lucky to play the main villain Salazar (for this role at the beginning another Oscar-winning actor was claimed, specializing in the performance of roles of bad guys Christoph Waltz, however, then the Austrian refused to participate in the project). Pirate of the Caribbean: Dead men tell no tales 2017 movie release date is on May 26, 2017. 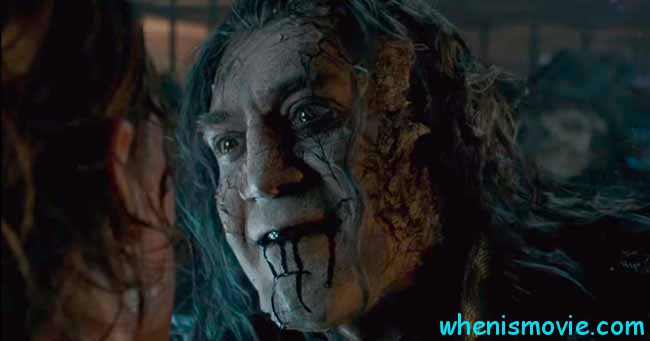 Jeff Nathanson created the scenario, he is famous with movies as “Terminal”, “Catch Me If You Can.”

Pirate of the Caribbean: Dead men tell no tales pictures and trailers will not disappoint all who is waiting for the worth sequel of this dynamic and adventure movie.

Filming was happening in Territory of Australia Queensland: a start took place on February 17, 2015. Village Roadshow Studios have been approved as places for the creation of natural scenes. It is reported that the fifth “Pirates” is the most expensive movie in all history of cinematography ever made in Australia.

Scenes involving historic ships have been removed before the giant outer chromakey in Helensvale.

Initially, all the scenes in which the action take place on a ship, it was planned to make on location in the open sea, but because of the frequent cases of seasickness among the participants of the team, it was decided to reject this idea. March 10, 2015, Johnny Depp injured his hand (though his injury was not related to work in the role) and went for to the United States. Due to the absence of the main star filming process was idle for 2 weeks. Three months later, Scodelario received minor injuries during the execution of complex tricks, but it insured stunt.