The next movie that we are going to discuss is called “Avengers: Infinity War”. Of course, everybody knows the first two parts of a blockbuster. Whether all know of: “When does Avengers: Infinity War come out?” If you are not, please, look the article below. There you will find all known information on the movie.

In the director’s chair of the third part of “Avengers,” Joss Whedon will be replaced by brother’s Russo.

In New Orleans was held Wizard World Comic-Con, where directors brothers Russo conducted a question and answer session. It all started with the fact that Anthony accidentally called heroine Hayley Atwell Sharon Carter (instead of Peggy Carter), but his brother immediately came to his aid:

We have so many characters with whom to work. We beat all records with “The Avengers: Infinity War”. We have on board 67 characters. So you’ll have to forgive him.

Such a large amount can be explained by the fact that Marvel has decided to introduce not only universe of Avengers and new characters but the characters of their TV-series.

It is unclear whether it is a joke or truth about the big number of actors, even in the context of the two films. If so, we will continue to cherish the hope that at least the Marvel heroes from Netflix series will help the Avengers fight against Thanos.

When is Avengers: Infinity War 2018 coming to theaters?

The movie will come on screens first part of May 2018, in the USA. 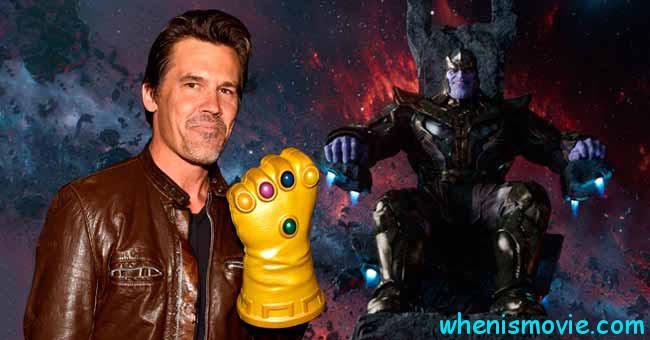 In an interview with Vulture reporters, Joss Whedon and Kevin Feige announced that Thanos will not be the only antagonist of the third chapter of “The Avengers” and noted that the 3 chapter is significantly different from the now popular two-part blockbusters.

“Many people were surprised by the fact that Thanos was not one of the villains of “Age of Ultron” but it was planned so from the beginning – said Whedon. – We have always wanted to show him as a puppet master who will have to at some point get out from behind of the scene. In the third part, Thanos will not be the only enemy. In this epic scale, there is a place for other antagonists because the studio Marvel would not have a reason to divide the film into 2 parts.”

“Initially, the works are in two different projects – said Feige. – They have similar elements that seemed to us appropriate to combine them in the “Infinity War”. This is not one of those films that simply divided into two parts. Each of them can be called an independent artwork.”

The official movie Avengers: Infinity War trailer is not available but you can watch how the movie is filming, to know ideas and thoughts of the actors, directors, writers of the movie. These things you can see on the YouTube. They are publicly available.

The Thanos is finally got what he wanted – six Infinity Gems. He combined them in strong artifact – Infinity Gauntlet. This artifact made him the strongest antagonist in the whole world. People are in big trouble.

People have to ask help of Avengers. But will they stand together after the events (“Civil War” and “Ragnarok”)? Will they want to protect the Earth from danger? There always will be new teammates (Spider-Man, Doctor Strange).

Due to the fact that Benedict Cumberbatch is busy in filming “Current War”, he will be replaced by Aaron Lazar. But all the scenes with Dr. Strange then will be refilmed with Cumberbatch.