Comedy is a big, vital part of our lives, and one could say that we can’t live without it. A good sense of humor, a great joke and a funny comment can make our day. So, no wonder why the Hollywood honchos keep supplying the market with all kinds of funny movies – because they make good money. Our TOP 10 Comedy latest movies 2017 list includes the greatest releases of the year that will, most certainly, bring a smile to your smile. 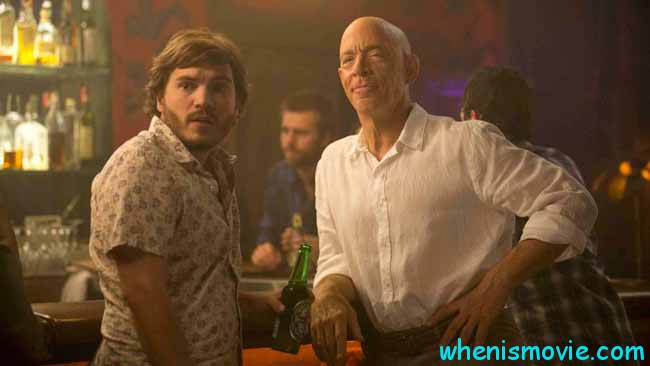 If you think that keeping watch is an easy job, then you don’t know the first thing about it. Countless lifeguards have been competing for years, trying to prove themselves worthy of guarding the beautiful shores of Malibu. This job is testing both their physical and mental strength, and you can’t just apply for it if you’re not 100% ready to deliver. You either have what it takes to be a guard, or you don’t – it’s as simple as that. Dwayne Johnson stars in this brand-new homage to the legendary TV show, and that means fun, action, drama and all kinds of crazy stunts and CGI effects are ready to amaze you at the theater.

Another remake from the past, ladies and gentlemen: the story follows two patrol officers on motorcycles. Frank is a strong-willed, serious cop, while his partner, Jon, is all about having fun and going in without a plan. They’re tasked with keeping peace on the roads of Southern California, and things get really heated up when the two confront a murderous ex-policeman who’s turned into a car thief and is wreaking havoc in the city. If the cops find a way to work together instead of fighting all the time, they’ll be able to take the bad guys down. Put Chips on the list of TOP 10 Comedy movies recent if you want to have fun.

We are used to movies where the teachers and the principals are the good guys while the students are messing up all the time, but Fist Fight is all about a mighty confrontation between two teachers. The first one is a street hustla, and the second one is a mild-mannered white boy. He finds himself being fingered at as the vagabond who wanted the black fella to be dismissed. This is news to him, and he never really had anything against his colleague, but that doesn’t even matter anymore, as there’s an all-out fist fight coming. The dismissed dude is much bigger and knows how to handle himself out there in the streets, but the “peaceful guy” does have a trump up his sleeve…

Clara has been working hard for her entire life, and that landed her with an awesome job, a body to die for and a future brighter than the stars. Her parents’ wedding is just around the corner, and when she gets the official invitation, she suddenly realizes that her life is far from perfect. It never really used to bother her before, but now it’s kind of starting to bug her. At the celebration event, she meets an ex-boyfriend of sorts who has every intention of winning her back. But there’s another guy at the wedding, and now Clara is torn between the two. Which one will she pick eventually? An old flame or a new spark? Everybody Loves Somebody is one of the best new Comedy movies releases 2017.

What would you do if after decades of loyal service you were to find out that your pension was taken from you? Would you break down and cry or man up and take matters into your own hands? You’ve got a family to take care of, and those bills aren’t going anywhere! Going in Style is a hilarious comedy about three older men who’ve been best friends for eternity, and now they’re teaming up for one last time. What is the plan, exactly? To steal their money back from the bank that wants to leave them penniless, of course! Put Going in Style on your list of TOP 10 recently released Comedy movies of 2017 if you’re a big fan of Freeman, Caine and Arkin.

A weird and kinda crazy middle-aged man, a big-time loner, has been struggling without his wife (they got separated a while ago), but now he’s got a second shot with her. However, just when it seems that everything’s going to be alright and the two can finally be happy together, the poor man finds out that he’s the father to a teenage girl who he’s never even heard of. Obviously, her existence puts his future with the wife in jeopardy, so, instead of trying to hide from the truth, he decides to look for her and use his “wacky charm” to start a relationship with the kid.

Emily is going through a tough time: her moron-of-a-boyfriend has just dumped her, but, instead of giving in to the pain and misery, she comes up with an awesome plan: to fix it all by enjoying a trip to Ecuador. Next, she persuades her momma to join her in this exciting journey, and together they get aboard a plane to fly towards a new beginning. However, they get abducted by the locals, and now the mother and daughter are forced to put their differences aside and work together in order to find a way out. It’s not gonna be easy to trick the captors and escape, but that’s why Emily decided to take her mom along for the ride, right? Of the latest Comedy movies in English, Snatched is a must-see!

Gloria’s been enjoying the life of a “certified party girl” for way too long, and her heavy drinking has cost her a job and a boyfriend (fiancé, to be exact). So, all that’s left for the girl to do is to return home and try to figure out what to do next. There, she reunites with a friend from the childhood years and he offers her a job. The only downside is that he’s the owner of a fancy bar, which is like the worst place for Gloria who’s got a drinking problem. Soon, she learns that there’s a huge monster destroying everything in Korea, but doesn’t give it much thought until she realizes that – for some reason – the beast is following her every move…

Ginnie did a huge mistake when she introduced her slacker-of-a-boyfriend to her father, a workaholic and a man of strong beliefs. They haven’t seen each other after that, and now the dad is in LA for work and visits his baby girl to say he’s sorry. However, her house turns out to be empty, and that leaves him with only one option: to go to Martin, the boyfriend, and figure out where Ginnie is. The fella tells him that they broke up recently, but he drops everything and joins the old man in his search for the lost girl. All Nighter is one of the finest newly released Comedy movies 2017.

Kingsman, a top-secret, off-the-books British organization, put down a dangerous criminal in the original movie, but now they’re facing an even bigger threat. An unknown and lethal enemy has just attacked their HQ, and the remaining agents have to come up with a retaliation plan if they want to save the world. Soon, they come across Statesman, a similar elite agency from the United States that agrees to lend that helping hand. Thus, the two organizations start to work together towards a mutual goal – stopping the villains from destroying planet Earth.

Ok, that was our list of TOP 10 modern Comedy movies!