Tunche Films, a Peruvian film company, is in the pre-production stage of its 3D animated movie called “Ainbo,” tells the story of a girl who lives in an Amazonian tribe far from civilization. She one day sees that her homeland is threatened by deforestation and illegal mining, Ainbo along with her friends “Spirit Guardians of the Forest” (only she can see them) have to fight against the cruel invaders. In the article below, you will find all known information about the movie including the answer to the question: “When does Ainbo 2019 come out?”

“My mom opened up a world of fantasy and imagination” – says Sergio, the 49-year-old post-production director. “The story was made in honor of my mother. Our family has always been full of magic, adventures, and legends” – said José, director of the film and creator of the story. “My mother grew free, and I think there is no place in the world that better than the Amazon” – adds César. These three filmmakers will be joined by Marco and Luis Zelada, who will also participate in the production. The five brothers will be together. They were inspired by their mom to film the movie. 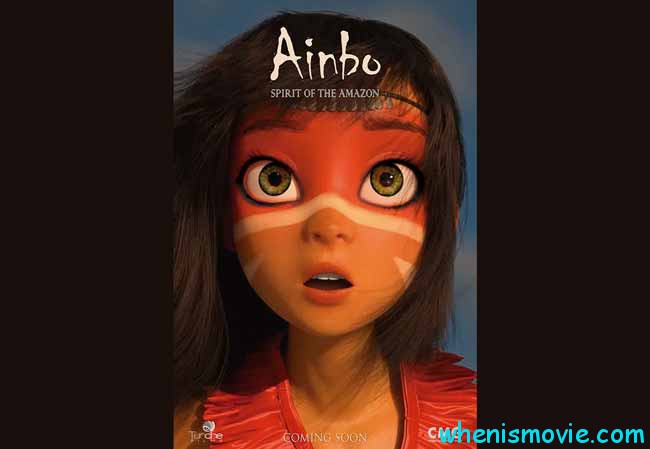 According to the directors of the film, after participating in the Ventana Sur Festival in Argentina (November 2016) and analyzing the proposals received, the rights for “Ainbo” was sold to CMG (Cinema Management Group), a Hollywood company.

It is a family movie and directors hope to break the record at the box office previously recorded in Peru.

Finally, the brothers told us the following: “We hope that our work will be able to make a great contribution to the film industry and national economy, attract investors – producers of films from around the world.”

When is Ainbo coming to theaters in 2019?

The movie is planned for release in the end of the year.

Worldwide sales of the right

The movie Ainbo trailer is now publicly available. You can check it out right now.

Colonia, the tribe of Ainbo, is located in the Peruvian jungle. The green-eyed girl (whose color will be explained in the film), has the ability to see “spirit guardians of the Amazon.” In the cartoon movie, we will see a lot of other characters: the legendary Chullachaqui ( a demon that has the ability to transform into another being); the Motelo Mama (giant turtle that carries on its shell a piece of the jungle).

In the cartoon movie, we will hear the voices of Hollywood artists like Samuel Jackson, Abigail Breslin, Jeff Goldblum.

In the USA, Ainbo movie release date in 2019 is scheduled for December.