Hollywood is quite famous for making the scariest movies on planet Earth, but it’s getting harder and harder to spook folks these days. Thankfully, we’ve got the TOP 10 latest Hollywood Horror movies 2017 list for you guys to check out. If your idea of a good time is a big-time scary movie that will linger on long after you leave the theater, the following ten films will be right up your alley. Make sure to put them all on your calendar!

Children of the Corn: Runaway

Ruth, a beautiful girl, miraculously escapes a brutal child cult in a scary townlet in rural America. Soon, she finds out that she’s pregnant, and that means the monsters will come chasing after her kid. In order to protect her son from the terrifying cult, she’ll have to outrun the ghosts from her past and face her own inner demons. This is one of those blood-chilling and breath-taking adrenaline-packed horror stories that will get you hooked up from the very first minutes and keep you glued to your seat to the very end. Runaway is definitely gonna be one of the scariest new movies of the year. 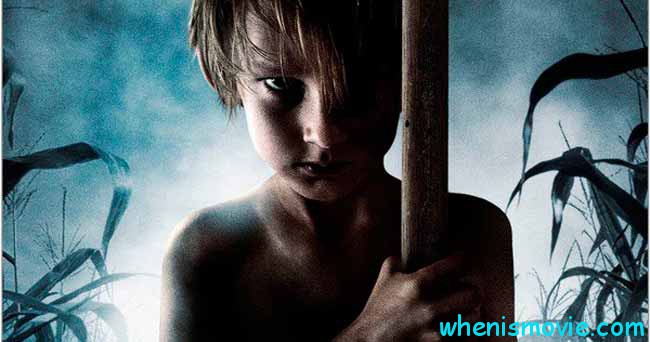 Elizabeth, a 17-year-old girl, along with her teenage brother, can’t endure their abusive and crazy mom’s cruelty anymore, so, they move into their grandpa’s old house. The man has passed away, but the kids are going to regret every minute they spend in his dwelling. There’s no going back now, and, unless they make sense of the terrifying truth about the family, the siblings will never make it out of there alive. And the ghosts aren’t their biggest problem: there’s a murderous clown on the loose, and it’s hungry for some blood…Of the TOP 10 new holly Horror movies, this one’s definitely the creepiest!

Two criminal brothers, outlaws, made the mistake of visiting a faraway town in the middle of nowhere, and now they are the prisoners of a crazed-out family of cannibals slash lunatics. Mayor, the leader of the locals, is a sadistic asshole, and that means the brothers are in for a real “treat”. Will the two be able to make it out of this hellhole alive, or are they both already doomed? They simply wanted to lay low for a while and be on their way, but now they’ll have to fight for their survival and rely on each other if they want to live to see another day. Drifter is a suspenseful, eerie, fast-paced and well-written horror for the fans.

A Cure for Wellness

A young, gifted and haughty employee at a fancy international company has a new assignment: he is to “rescue” the boss from what is believed to be the most amazing spa on planet Earth. It’s located somewhere in the Swiss Alps, and what started as the easier task ever turns into a nightmare for the guy. Soon, he finds himself trapped by the insane doctors and learns the horrifying truth about this place. He needs to act fast if he wants to leave this place safe and sound. Put A Cure for Wellness on your list of Hollywood Horror movies 2017 if you appreciate thrilling, suspenseful films with a great mystery to solve.

A mother takes her two lovely baby girls on a vacation. The family stays at a lake house in a fascinating rural town, but the wonderful getaway turns into a disaster when a psycho starts hunting them. The woman and her daughters must fight to survive in this eerie nightmare, and they can only rely on themselves. Help isn’t coming; besides, how can they trust anybody when there’s an insane person trying to kill them? He’s Out There is most definitely not a film that you can enjoy with your best buds and/or girlfriend with a bowl of popcorn. It’s only intended for the fans of horrors, so, if you are one, close the windows, turn the lights off and dive into the world of a psychopath! 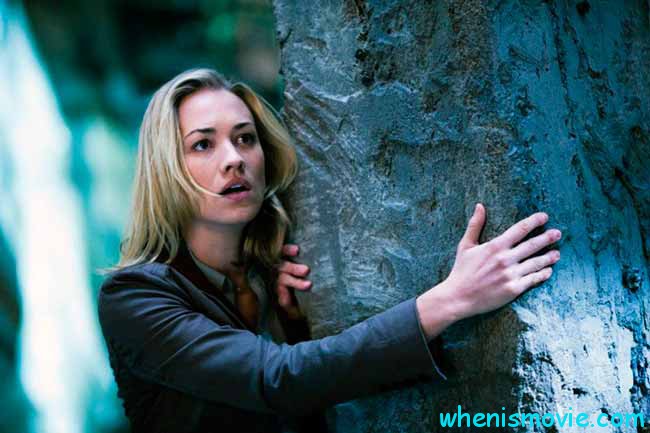 Les, a regular modern-day fella, wakes up one day only to find that he’s got a device in his neck that can go “boom” at any second. Yes, it’s safe to say that this isn’t his best day, and, on top of it all, if he wants to stay alive, he’ll have to commit a series of brutal crimes. Will he be able to figure out how to turn the device off and/or locate the man (woman?) who’s turning him into a monster? Who’s the mastermind behind this plan and what’s their next move? Of the TOP 10 best Hollywood Horror movies of 2017 to watch, Abruptio is one hell of a pick if you love fast-paced and action-charged horrors with a healthy dose of thrill and mystery. 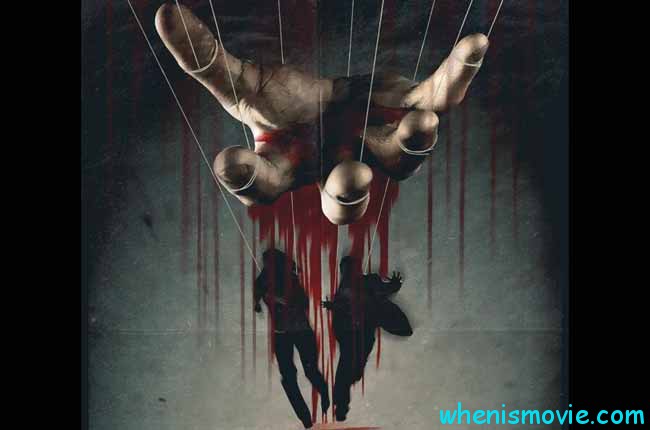 A group of gifted medical students accidentally finds a way to enter the afterlife and then go back into the real world. At first, it seems like a fun thing to do, and they’re getting ready to share their great discovery with the rest of the world, but the truth is – you can never cheat death, and in trying to do so, the kids jump-start a series of horrifying events that unfold right in front of their eyes. Now they’ll have to use their brilliant minds to come up with a different plan, one that will allow them to close the “gates” to the otherworld and take back their bodies and souls. The dark forces are right around the corner, and the clock is ticking… 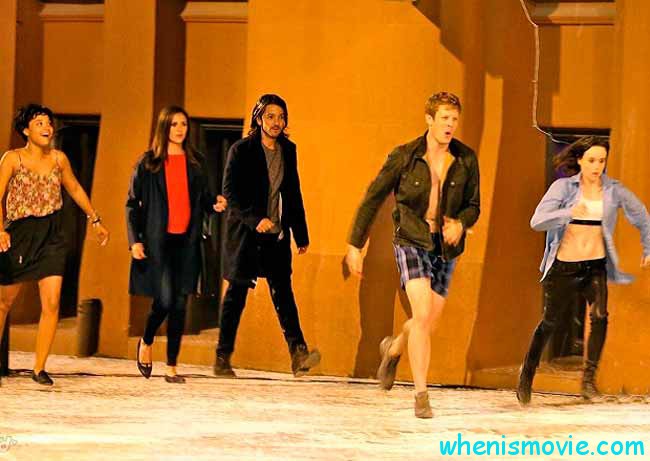 Hail to the king, ladies and gentlemen! The mother of horrors is back, and this time around, we’ll get to see some real alien action. Covenant, a giant ship, is piercing through the galaxy, on its route to a faraway planet. Soon, the crew comes across a breath-taking planet that looks and feels like their new home. However, it’s actually quite the opposite: this world is home to a lethal threat, a deadly creature that’s out hungry for some human blood. Nothing could’ve made the crew ready for something like this… Of the TOP 10 latest released Hollywood Horror films 2017, this one’s a must-see for the fans of the genre and the original franchise.

Yes, this brand-new blockbuster is heavily based on the classic novel by H. G. Wells and is considered to be the official sequel. The story is focused on the nephew of the Invisible Man himself, a talented young man who manages to find his famous uncle’s “recipe” for invisibility and make sense of the formula. Soon, the UK Intelligence (MI5, to be exact) “hires” him to use his extraordinary new abilities in the war against the Nazis. The young man has a responsibility now: to help the Allies turn the tide in this blood-thirsty conflict and restore the balance of good and evil in this world. 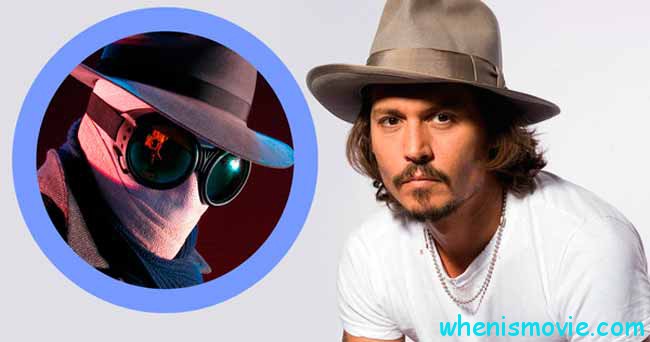 Tom Cruise is back, and he’s going to dominate this summer with Mummy, a brand-new blockbuster for the fans of horrors, thrillers, adventures and simply awesome movies with tons of CGI effects. Centuries ago, an ancient princess was betrayed and mummified alive by a group of non-believers. However, thanks to a team in 2017, she gets her second chance…They could never imagine that the exciting discovery would turn out to be the end of the human race.

Ok, that’s it for our list of best Hollywood Horror movies in 2017, dear friends! As you can see, we’ve got a super-rich year in terms of horrors!