Sometimes, the real world is a bit too boring for comfort, and we want to visit faraway lands and meet otherworldly creatures. Naturally, that’s not possible for obvious reasons, but the film industry does provide us with a unique opportunity. The following TOP 10 latest Hollywood Fantasy movies 2018 will be a perfect getaway trip.

We’ve got some ancient tales, modern-day blockbusters, and stories that take place in the future. Pick a movie of your liking and let’s dive into different realms. Keep up with us and mark the release dates on your calendars so that you can check them all out later.

If you’ve been longing for a brand-new fantasy banger that mixes GOT with LOTR, then Black Angel is exactly what you need. Welcome to a rough-tough kingdom ruled by magic and swords. Dirty, filthy, full of nasty creatures and heroic men – the perfect combination. Treachery, murders, conspiracies, and epic battles await you in what’s shaping up to be one of the best releases in the genre. A valiant knight is about to face the horrors of the underworld: he wants to confront the greatest evil ever seen by man and challenge it to a fair fight. 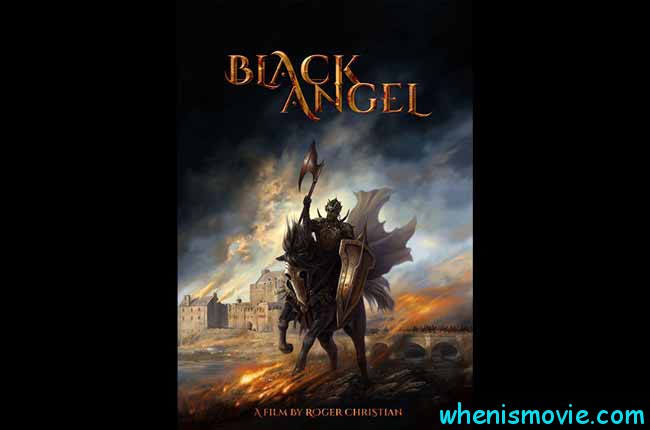 You probably already know who Nemo is. He is a villain (more like an antihero), but quite a charming one, and really loves to navigate the vast seas in his futuristic sub. The man single-handedly built it for his travels and is trying to look cool while aboard. Vengeance is what’s driving him: Nemo wants to put an end to the horrors brought by imperialism in the UK.

Plus, he’s constantly being haunted by the ghosts of his fallen comrades. He even feels bad for killing his rivals and is hoping to stop the meaningless bloodshed once he beats the ruling elite. Of the TOP 10 new holly Fantasy movies, this one’s a keeper.

The Russian mythology is pretty dark and scary, which makes it perfect for a big-screen adaptation. The first chapter received a lot of positive reviews, and now the second installment is about to hit the theaters. A famous explorer from the UK arrives in Russia with an important task: to make his way to the far-eastern borders of the empire and map the lands.

The reward is very generous, and the man embarks on his cross-country trip with a smile on his face. On this journey, he’ll face all kinds of otherworldly creatures and overcome too many obstacles to count. On the Russian-Chinese border, Green will meet martial arts masters, beautiful princesses, and more.

Meg thought that her father was dead, but now that she knows he’s alive and locked up in a prison on a distant planet, she drops everything and focuses on breaking him free. With the help of her friend, genius bro and a group of professional galactic travelers, she finds a way to get there in time. She’s just a teenager who used to mind her own business. However, a strange lady contacted her during a dark, scary day, and told her that there was still a chance for the girl to save her dad. And now all she can think about is beating the kidnappers and freeing the man. Put A Wrinkle In Time on the list of Hollywood Fantasy movies 2018 and let’s move on.

Dr. Henry never really cared about his own life. All he ever wanted was to be able to study ancient cultures and make new, exciting discoveries. On one of his turbulent trips, he comes across a mummy that pushes him into the dark, lonely and scary Underworld. No man could ever escape from this prison.

Only a person from the outside with a strong heart and pure intentions will be able to pull him back. That person is his son – Chance – and he jumps right into the horrifying realm without second-guessing his decision. The only thing on his mind – saving the old man and bringing him back home safe and sound.

What if the imaginary friends of our kids were real? What if they were all a part of a shadow organization dedicated to infiltrating their minds and planting the “right” ideas? IMAGINE is a top-secret agency that knows exactly how to treat these figments whenever they do something to hurt humanity. As it soon turns out, there’s a group of lethal figments with a sinister plan to take over the world… If you read the original comic book, then you can already imagine what this film will be like. Fun, fast-paced, and full of awesome action, Imagine Agents looks like one of the TOP 10 best Hollywood Fantasy movies of 2018 to watch.

In this exciting tale, a mouse makes friends with a bunch of rats after they all go through a rough experiment and become super smart. Eventually, the rodents find a way to escape the drastic compound without leaving a single trace behind and become the leaders of their kind. However, they soon realize that their captors aren’t going to let them enjoy their freedom.So, the “refugees” join forces with their brothers and sisters in an attempt to outmaneuver the big, angry humans and find a permanent place to stay. 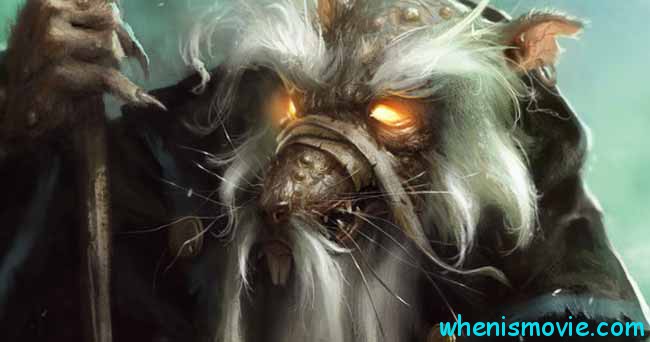 Morpheus, the main character of this film, had been in captivity for 7 straight years: an evil wizard used to keep him in a prison, but not anymore. The hero sets out on a journey to gather his strength and come back to punish the vagabond for the lost years. All that time away from civilization knocked him off his feet, and now he’ll have to adapt to the new reality.

This is a beautiful and thought-provoking tale that will be appreciated by the true fans of the genre and Gaiman’s novels. The bottom line is – as far as the TOP 10 latest released Hollywood Fantasy films 2018 go, this one’s right there on top of the list.

Yes, Mr. Diesel is always incredibly tough and cool, regardless of the movie he’s in. Whether behind the wheel or in a fight against demonic creatures, this guy is kicking ass. This time around, he’s an ancient warrior who tries to put an end to a devastating horde of witches. He killed the leader during their last confrontation, but her minions found a way to bring the monster back. She’ll be even stronger and lead a bigger army in this final battle for humanity. If the hunger fails, all will be lost. No bullets and/or rockets will be able to stop them.

The second chapter in this fan-favored series is about to hit the theaters on November 16th, 2018. Without a doubt, this is going to be the most talked-about film in this genre. Newt is full of new hopes and dreams now that the wizards of NY acknowledge his skills. Yet, there’s a lot of work to do, and if this community wants to keep the city and the whole world safe, they’ll need to fight every single day in an attempt to save the innocents and keep the monsters at bay. Alright, that was it for our list of best Hollywood Fantasy movies in 2018!