There’s no fun without comedy, right? We all love thrillers, mysteries, dramas, action-adventures, science fiction and historical movies, but, every once in a while, a good, hilarious film is exactly what the doctor ordered. The following TOP 10 best English Comedy movies 2017 to watch list will give you more than enough to pick from this year. These are the greatest titles in the genre, so, treat this list as your guide and manual in 2017.

Sandy is a gifted and talent manager based in Los Angeles, and he’s pretty much enjoying himself and his daily routine. It’s the 90s, and, even though his team of performers is far from ordinary, everything goes exactly the way it’s supposed to. However, when he comes across Courtney, his whole world flips upside down. He meets this gorgeous and insanely talented singer at a casual event and promises to turn her into a worldwide star. Obviously, it’s not that easy to make it in show business, especially if you’ve got limited resources. But the love for this girl gives Sandy just the right nudge and motivation to keep climbing that ladder.

The big-bad Horatio dreams of taking over a shabby circus that’s on the edge of devastation. But the fella’s relatives want to be its safeguard and scare Horatio away. They’ve got a rather ridiculous plan that proves to be reliable. There’s a magical box filled with powerful animal crackers that transform whoever eats them into the various animals from the line-up. That gives them a once-in-a-lifetime opportunity to do something truly fresh and exciting and perform on stage as walking-talking exotic animals. Maybe the audience will appreciate the unique show and lend the circus a helping hand? Of the TOP 10 new English Comedy movies 2017, this one will be best suited for your whole family.

Peter and Kyle, a funny couple of fraternal twins, have recently learned that their dear old mom has been lying to them by telling them that their dad has passed away. So now, all of a sudden, they’ve got a father to meet, and, even though it’s really exciting, it’s also kinda scary at the same time. Regardless, the twins hop on a road trip and start an all-out search for the man. However, as they soon realize, their mom used to be quite a big fan of men and had more than one lover back when they were born. Furthermore, Pete and Kyle might not even have the same dad! Yes, it’s a lot to process, but they did want to know the real truth, right?

A talented and hard-working young woman manages to get into one of the most prestigious colleges in the country, and her parents – super excited and proud – decide to do whatever it takes to keep her afloat, so to speak. They don’t have that kind of money, not even close, which leaves the overzealous couple with one option: to open up an underground (illegal, that is) casino. Why not, huh? The new business makes them feel alive again, and, even though the authorities might shut it down at any second and put them in jail, they’re not going to stop. Put The House on your list of TOP 10 English Comedy movies 2017 if you appreciate classy and funny films.

Do you remember the 1975 original? Well, if you do, then you’ll be happy to learn that the official sequel is already here! Welcome to the future, where the world is overpopulated, and the ruling elite is heavily promoting the most popular and fan-favored show – the Death Race. The rivals race across various terrains in big, scary cars and get bonus points for killing each other. Yes, this is the most brutal sports after the gladiators, but it keeps the folks happy, so, the games never stop. Frankenstein is the undisputed champ, and he’s got every intention of winning again. But, his enemies have something lethal in stores for the man. 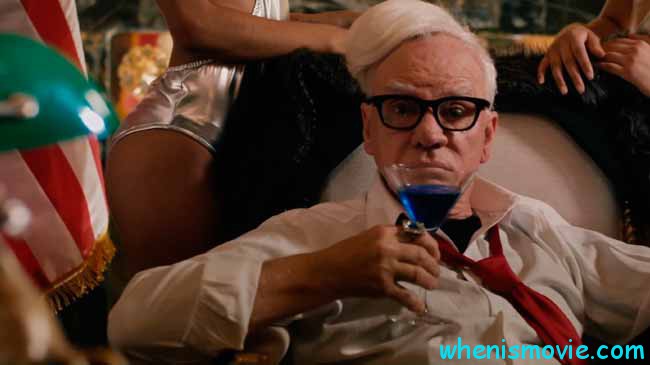 These four friends haven’t gotten a chance to get together over the last 0, 5 decades or so, and now it’s finally time for them to catch up and act a fool. They’ve been too busy with their daily routines, and this getaway trip is the one and only thing that they can enjoy after working day and night for God knows how long. The ladies aren’t getting any younger, and this is probably the last time they’ll get to be really free. So, they embark on a fun journey towards exploring their deepest desires. Partying, drinking, dancing till their hearts stop, and, of course, fooling around with men – that’s what’s on the menu today! If you want to watch TOP 10 English Comedy films 2017, Girls Trip is a mighty candidate.

A lucky girl is enjoying her freedom and decides to check out a strip club show with her girlfriends. However, it all goes to sh*t when one of the fellas (the male performers) dies right in the middle of their rented house in Miami. What do they do? Call the cops? Try to hide the body? Run? Obviously, none of the ladies has any experience with a situation like this one, and they make one wrong decision after another. They’ll only be able to “handle” this situation if they calm their nerves and work together. True, the party was awesome, but the consequences are more than dire…

Maximo has been married to the love of his life for 2, 5 decades only to wake up one day and realize that his wife has left him. The thing is – she’s about twice his age, but she still dumps him and goes for a much younger bloke. Next, she tells him to leave her mansion, forcing the man to find shelter in his estranged sister’s house where she lives with her kid. The man has spent his whole life seducing women and making a living on it, and right now he’s got a new “victim” in his scope – a billionaire slash widow. But is that really what he needs? Of the TOP 10 latest English Comedy movies 2017 release, this one is a sure thing.

Veronica, a rich housewife, and Ashley, a fascinating, yet struggling modern-day artist, have been big rivals for as long as they can remember, and nothing’s going to change that. Back in college, they were BFFs, but not anymore. One day, they happen to attend the same party, and that’s when all hell breaks loose. At first, they insult each other with words, but it soon turns into an all-out Catfight. Is there a chance for the ex-friends to make peace?

The Rock and Zack Efron are back, and this time around, they’re going to the Malibu beach! Baywatch used to be a huge TV hit, and now Hollywood is reincarnating it as a new blockbuster. Being a lifeguard is both hard and dangerous, which means only the best of the best make it. Physical, mental strength, along with resilience and persistence are tested on a daily basis. If you want to be a lifeguard, you better deliver your A-game.

Alright, ladies and gentlemen, this was our TOP 10 popular English Comedy movies in 2017, list. Check back with us for more awesome lists!