Do you know why movies in this genre always manage to top the international charts? Because they successfully mix thrillers, mysteries, dramas and a lot of action together and create something truly unique and exciting. Our TOP 10 best English Crime movies 2017 to watch list comes with the best releases of the year so that you don’t have to single-handedly pick them – we’ve already done that job for you! Just sit back, relax, make yourself a cup of that good coffee and let’s see what we’ve got in stores for y’all.

Yes, Mr. Willis is back, ladies and gentlemen, and he’s ready to save planet Earth for one last time. The producers claim that there will be no Die Hard movies after this one, so, if you’ve been a fan of the fast-paced, action-packed and utterly enjoyable series (who isn’t, right?), make sure to mark the release date on your calendar. There’s not enough info on who the new villain is and/or where John McClane – the legendary hero of the franchise – will land this time around, but one thing is certain: He’s back, and that means the 2017 blockbusters better watch out! Die Hard Year One doesn’t actually have a confirmed release date, so, let’s just cross our fingers and hope for it to hit the theaters ASAP. Frank, a lethal assassin and one of the greatest hitmen in the world, accepts a highly dangerous assignment; and, after his partners double-cross him, his life goes to sh*t. The man wakes up one day and realizes that he’s not even a man anymore: some sick individuals have experimented on his body and have turned him into a woman. Obviously, he’s full of range and wants to punish those who did this to him. He (or is it “she” now?) manages to find the one responsible – a brilliant female surgeon with her own agenda – and decides to put a bullet in her head. But, as it turns out, nothing’s as simple as Frank thought it would be…Of the TOP 10 new English Crime movies 2017, this is the most intriguing one.

This is the story of a gangster family that’s been living on the other side of the law for generations. These folks are outlaws from the day they are born, and the cops have been helpless against their intellect, dedication and daredevil attitude. The Cutlers spend their days in the richest neighborhood in the UK and do whatever they want. At the same time, the family’s old ways are not suited for the modern-day world anymore, and Chad, the hero, is caught between his dad’s strong beliefs and his desire to go legit and ensure a bright future for his children. The authorities are working 24/7 to put the Cutlers behind bars, and it’s up to Chad to make everything right.

Back in 1967, Detroit was shattered by civil unrest that resulted in some catastrophic outcomes. That was one of the darkest pages in the US history, and this movie is heavily based on the riveting true story, the real events that took place 50 years ago. Detroit is directed by Kathryn Bigelow and is set to hit the theaters on the 4th of August. The cast, the crew, and the producers are promising a poignant, thought-provoking and resonating drama that might just win the Oscars. Put Bigelow’s brand-new blockbuster on the list of TOP 10 English Crime movies 2017 if you appreciate realistic stories that pay society’s attention to life-defining events.

If you’re a fan of trash movies with small budgets, bad CGI and a couple of fresh ideas, make sure to check Maniac Cop out. As the title suggests, this is a tale about a police officer with murderous intentions. After he gets shot and dies, the evil forces bring him back to roam the dark streets of NY – the greatest city on Earth – and throttle those who come to him asking for help. Again, this isn’t a top-notch movie and probably won’t be included in any “Best of the year” lists, but fun is most certainly guaranteed! Besides, this is the official remake, and the original was quite popular. So, who knows – maybe we’ve got a new masterpiece on our hands? 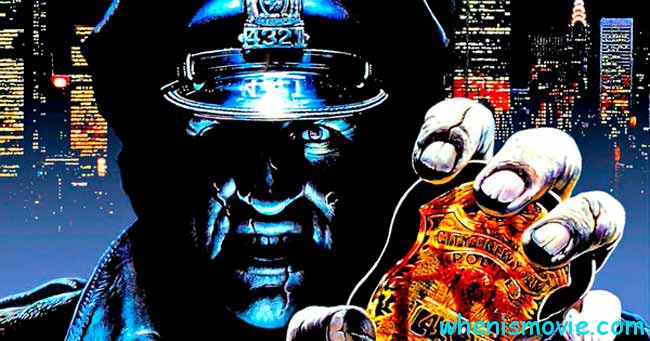 Partners is one of those classic criminal stories that keep you on the edge of your seat. Mark Wahlberg is officially confirmed to play a hard-boiled detective with the LA Police Department who fall in love with a gorgeous woman after they spend a fascinating night together. He then learns that the sexy-as-hell lady is, in fact, a decorated agent with the Federal Bureau and his new chief. Together, these lovebirds will have to work on a high-profile case. Will the two make it through the awkwardness of the situation and do what they’re paid for? If you want to watch TOP 10 English Crime films 2017, Partners will be a great pick.

Given the fact the first movie received a lot of praise both from the critics and the fans (not to mention the awesome box-office results), it shouldn’t come to you as a surprise that the official sequel is already out. Yep, Reeves is back, and he’s even more lethal, fancy and stylish than ever before. John dreams of solitude, peace, and quiet, but a top-class merc like himself can never hope to get any of that. One of his old friends requests his help, forcing Wick to leave everything he holds dear to heart and fly to Rome to take care of some business. He’s up against a new villain that will stop at nothing just to get what he (or maybe it’s a she?) wants.

Two rich businessmen are just this close to getting away with a handsome amount of stolen money – 5mil – when an uninvited guest puts their brilliant plan in jeopardy. The clock is ticking, and time is running out. If the boys fail at finding a new route of escape, everything will be lost, and they’ll spend the rest of their days in prison. Money is an engrossing and blood-rushing thriller of captor and captives that goes back and forth in time to create a breath-taking experience for the viewers. A definite must-see from the TOP 10 latest English Crime movies 2017 release list with Jesse Williams Kellan Lutz playing the lead roles.

Vin Diesel has been extremely busy lately with the F & F franchise, his business, and his family, but he still found the time to star in the latest chapter in the xXx series. Yep, Xander is back, and, despite the fact that he’s one of best operatives/daredevils/hustlers out there, he’s up against a lethal squad of assassins that he can’t handle on his own. And that is why the OG recruits a team of top-notch fellas and ladies to confront the criminals out in the open and prove once and for all that you don’t mess with Cage. Government officials, huge conspiracies, non-stop action and tons of that good CGI come together to create a killer mix for the audience.

Another one starring the mighty bold Hollywood megastar. Hands down, The Fate of the Furious is the biggest release of 2017 – it’s already a record-breaker! After Paul Walker’s tragic death, the franchise keeps going, and, even though it’s more of a thriller slash action-packed buster than a street racing movie, you can’t deny the fact that there’s enough hype around it to make you want to check it out.

Alright, that was our TOP 10 popular English Crime movies in 2017, list. Don’t forget to check back with us on a daily basis to keep up with the latest releases.