Sports have a big part in our lives, regardless of our nationality, creed and/or skin color. We love football, soccer, baseball, hockey, horse riding – whatever – and sports is what brings us all closer, turns us into better human beings. Our TOP 10 new good Sports movies 2017 release list includes all of the greatest new films that will be hitting the theaters or are already available this year. If you’re a fan of running, jumping and pushing yourself to the limit, make sure to check out what we’ve got in stores for you!

This is one of those heart-warming and uplifting stories that will linger on long after you leave the theater. Emma, a beautiful young woman, is forced to do community service hours at this lovely (and pretty big) horse rescue ranch. Slowly, but steadily, she starts to form a highly unusual bond with a mistreated show horse. He’s quite stubborn and doesn’t let anyone ride him but the girl, and that is why he’s constantly being abused. Will Emma be able to protect it from the evil folks at the ranch and keep it safe and sound? Mark this movie on your calendar if horses are your passion. If not, well, it might still be worth your while!

Even if you’re not a sucker for football (soccer, that is), you probably know who Pele is. He’s a living legend, a true icon and a big inspiration for all those struggling kids out there. This is the fascinating story of a poor boy’s rise to the pedestal, a must-see for the fans of soccer and thought-provoking documentaries. The man was just a 17-year-old kid when he scored that winning goal back in 1958. He brought Brazil the first World Cup, and, to this day, Pele is considered to be one of the best forwards ever. He had to go through numerous struggles before turning into a legend, and that is what this movie is focused on. Definitely one of TOP 10 good English Sports movies 2017!

What if you were a major league pitcher and totally lost control over the game? They’d probably be angry with you and send you to the minor leagues as some sort of a punishment. That’s exactly what the main character of The Phenom is going through. While trying to get back on his feet after the fall, he starts to have sessions with an extravagant psychologist. Over the course of several visits, the man finally manages to let go of the past and move on with his life. You can’t hope to conquer the future if you’re still tied up by the past, and these sessions help the hero get himself together and rise again.

In case you didn’t already know, Roberto Durán is a boxing icon, a true legend, who entered the boxing ring back when he was just a 16-year-old kid and retired 34 years ago, at the impressive age of 50. He was born in Panama and was lucky enough to be noticed by Ray Arcel, a big shot in the industry: the man took the young protégé under his wing and taught him how to be the GOAT. And soon, the 20-year-old pugilist met Felicidad, the love of his life. Together, they set on conquering the boxing world…Wanna watch TOP 10 good Sports films 2017? Start with Hands of Stone.

Bleed for This is, without a doubt, a monumental movie both for Teller and Eckhart, as they did a marvelous job portraying Vinny Pazienza, a worldwide boxing champ, and his rough-tough and gifted trainer, Mr. Rooney. Vinny survived a terrible accident that nearly took his life. It almost broke his neck, which meant the end of his career. However, with the help of Rooney, he got back from the nightmares and made one of the greatest comebacks in the history of boxing. This is one of those movies that give you just the right inspiration and motivation to be better and to face your struggles with confidence. 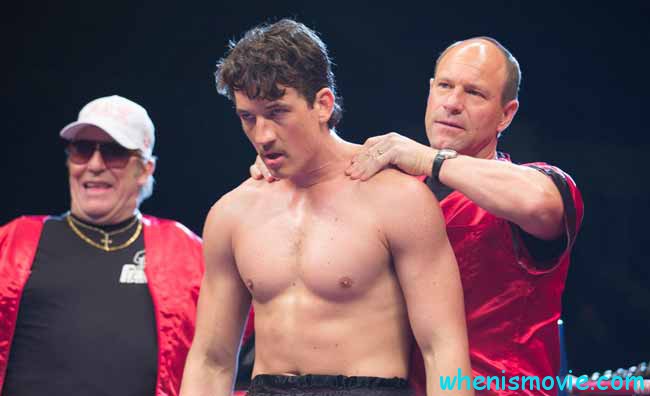 Did you know that Mr. Chuck Wepner was the hard-boiled boxer that inspired Stallone to shot his legendary Rocky movies? Well, that’s true, and this man stood strong on both feet for 15 rounds straight against the iconic Ali. The movie follows the man’s personal story and will focus more on his battles outside the ring. He struggled with alcohol, narcotics, and women. The boxer used to say that being in the ring was a lot easier than dealing with his problems on a daily basis. Chuck most definitely deserves a special place on the list of TOP 10 good Sports movies 2017 and it’s shaping up to be a crowd pleaser.

Shia LaBeouf is getting ready to dominate the big screen with his engaging role in Borg, the true story of the epic Wimbledon skirmish between McEnroe, the best tennis players for three years in a row, and Borg, his biggest rival from Sweden back in 1980. The match between these masters is considered to be a classic in modern-day sports. They say the two are good friends to this day and meet at a bar sometimes to talk about that historical match. They remember every single moment, and that means this film will be extremely accurate. Just another tennis movie, you say? Not quite!

This one is being positioned as a sports movie, but it’s more of an action-packed blockbuster. Even the producers agree that it’s like the equivalent of Die Hard on a field. A group of terrorists barges into the stadium at a major event and seizes control over it. The criminals want only one thing – money – but the government is not going to negotiate with the scumbags. They send a retired soldier to infiltrate the stadium and take the enemies out – one by one. There are 35K innocent people at risk, including his dead friend’s daughter. Of the TOP 10 really good Sports movies, Final Score is the most “popcorn-friendly” one! 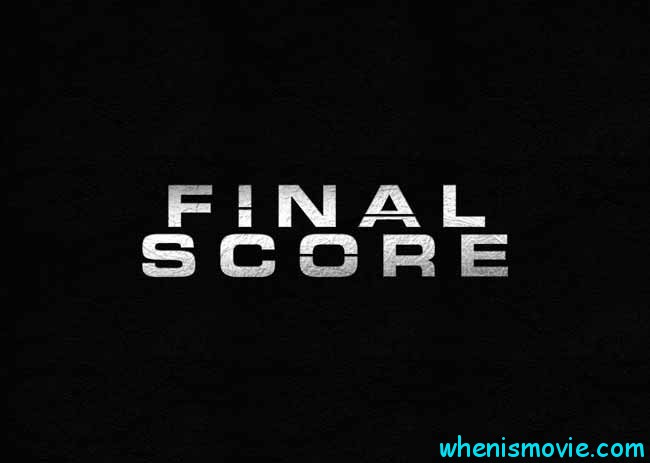 Back in 1973, the lovely Billie Jean was the best tennis player among the ladies and a gorgeous 29-year-old woman. Mr. Riggs, on the other hand, was 55, and out of the big court. But, for some reason, he decided to call her out. Yes, he challenged a girl almost half his age to take her best shot at him. King agreed, and she did win – confidently – proving once and for all that women can (and probably should) be better than men. This grandiose match was dubbed “Battle Of The Sexes” and is considered to be the most provocative and resonating match in history. Emma Stone will portray King, while Steve Carell will turn into a 55-year-old legend. Sounds good enough, right?

LaMotta, a legend in modern-day boxing, certainly does deserve to be the inspiration for a brand-new sports movie, and The Bronx Bull is heavily based on the champ’s stormy and hectic life of a boxer and a regular man. This is an honest, revealing look into the heart and mind of a true champion. Looking for TOP ten good Sports movies 2017 in theaters? Check this one out! If you’re a fan of boxing and thought-provoking films, The Bronx Bull will be right up your alley.