The kids love animated movies, the grown-ups love them – even the older men and women appreciated a good-hearted, kind, moving and funny movie in the genre. In a way, they’re made for bringing people joy and getting them together. We’ve got just the right TOP 10 Animation latest movies 2017 to enjoy in solitude or with you big, lovely family. Let’s roll!

The Lego franchise has been around for quite some time now, and it’s getting harder and harder to satisfy the loyal fans and the average viewer. But, thankfully, the brand-new Batman film is pretty much perfect. You’ve got all the greatest DC heroes in one city – Gotham – and a solid narrative that follows the Dark Knight’s skirmish with his most brutal enemy ever, Joker. Bruce is used to handling matters on his own, but even he’s not almighty. So, he asks his loyal friends for help, and together they put their hearts and souls into defeating the cunning villain and bringing peace and order back to Batman’s beloved city.

Mitsuha, the daughter of an overzealous politician in a tiny town, dreams of getting free from her family’s “chains” and enjoying life in the big, beautiful city. The mountainous village is not really for her, so, she’s ready to do whatever it takes to escape. Taki, a young man, lives in Tokyo and works part-time at a fancy restaurant – he’s helping his family get by. Strangely enough, he’s been seeing dreams of himself in a beautiful girl’s body somewhere up in the mountains. The fates of these two are intertwined, and their hearts and souls are connected. They don’t know how to control it, but they can’t deny the strong bond between them. Put Your Name on the list of TOP 10 Animation movies recent if heart-warming romance stories are your favorites. 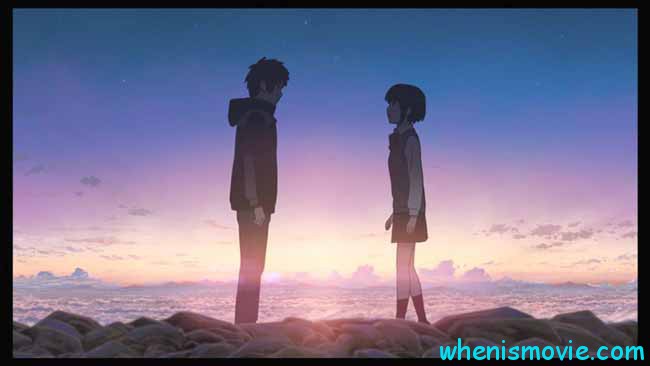 This is the story of a brisk and lively girl from Oceania who loves adventures more than anything else in the world. She’s pretty great at navigating and is constantly getting into all kinds of trouble. When she learns of a mysterious island that could save her people, she drops everything and hops on a perilous journey. Somewhere along the way, she is joined by Maui, a demi-god and a man she deeply respects and admires. Together, they start a grandiose adventure and face numerous obstacles on their way towards the unknown. Moana comes with a great atmosphere, lovely dialogues, awesome graphics and a lot of action. Perfect for your kids!

Paris is the capital of dancing – that’s what an orphan little girl in Brittany keeps telling herself. One day, she gets lucky enough to receive a “ticket” to the city. She’s in love with dancing and is ready to work 24/7 just to prove that she’s worth being a part of the fancy GOH (Grand Opera House). The winner of an upcoming competition will get a role in a new ballet. The only problem is – the girl is not familiar with any traditional slash professional dance moves. However, her passion, dedication, and love help her make it through the exhausting training and become one of the best pupils. Of the new Animation movies releases in 2017, Leap! is a must-see.

Hunter has been the leader of the Storks for many years, and while the business of delivering babies used to be great, now it’s time for him to move up the ladder. Delivering packages is the next big thing, and when a little boy writes a letter to them, asking the kind storks to bring him a sibling, it’s up to Junior to make the kiddo’s dreams come true and maintain the organization’s reputation. Will he be smart and witty enough to complete the task, or are the days of glory over for the Storks?

Marlin put everything on the line to save Nemo, his kiddo, and on his path, he met Dory, a lovely blue fish who turned out to be of great help. Then, she became a part of Marlin’s family. At the same time, she knew nothing about her own parents and siblings, so, one fine day, she left her new home and went to look for her fam. Dory neglected to mention that to Nemo, forcing them to worry and chase after her. Still, even when they found the fish, she refused to go back until she found what she came for. Marlin, his son, and Dory joined forces and started the search with triple force. Finding Dory easily makes it into the list of TOP 10 recently released Animation movies of 2017.

Max, a regular dog, is enjoying his awesome life right at the heart of Manhattan with a cool owner. He’s on good terms with all the other animals in the building and even knows a couple of dogs from the fancy building next to his home. But, when the owner decides to bring in the imprudent Duke, everything changes for the worst. They don’t really get along, but when the two learn of an angry (and abandoned) bunny that’s getting together an army of broken pets to attack the pets with homes, they put their differences aside and work together to beat the bunny at his own game.

This is one of the most successful animated movies of our time. Welcome to a gorgeous city ruled by talking animals. There’s a shady fox on the run who claims he’s innocent, and the best cop in the vicinity is on his tail. The policewoman is a rabbit, and soon she finds herself working with the fugitive towards a mutual goal. Something fishy is going on in Zootopia, and it’s time for the animals to unite and stand strong against whatever’s coming. Yesterday’s enemies become friends and fight for what they believe in. Of the latest Animation movies in English 2017, Zootopia is a sure thing.

Zhong, an evil villain, has taken over an entire planet and turned it into a weapon, so now it’s up to a bunch of gifted animals to confront him. The general is planning something terrifying, and if these heroes fail to stop him, the whole Universe will be under his control soon. There’s a mighty ship that is capable of producing black holes, and the team can’t let Zhong get his hands on it. They’ll need to use their intelligence and agility to outsmart the psycho and take him down by working together and trusting each other. Spark is one of the finest newly released Animation movies 2017.

The Smurfs are back, ladies and gentlemen, and that’s awesome news! Smurfette, the only lady among her blue kind, finds an ancient map and is quick to use it to discover the greatest secret in the history of her people. The girlie decides to neglect all the warning signs and asks three of her best friends to accompany her on this life-defining trip. Gargamel, an evil vagabond – their fiercest enemy – is also after the secret, which means they’ll have to outrun him. The future of the Smurfs is on the line – there’s no room for error!

That concludes our TOP 10 modern Animation movies of 2017. Keep up with us and check back more often!