It is no longer a secret that lots of Hollywood actors who we got used to seeing in the action films also take a participation in drama movies. And they win again creating one of the best franchises that touch the hearts of millions of viewers. The new year is not an exception and seems to bring us lots of brand new drama projects never seen before. Following the latest Hollywood news, there is a TOP 10 best new Drama movies 2017 that will be coming out very soon.

American drama thriller that is scheduled to be released in the United States at the beginning of April. The upcoming project includes such actors as Arnold Schwarzenegger, Maggie Grace and so on. The plot follows the man whose name is Roman and he loses his beloved wife and daughter in a plane crash. He could’ve been a grandfather in a couple of months if that hadn’t happened. The tragedy makes him think about the revenge as he is absolutely sure that air traffic controller is responsible for the death of his family. The film was inspired by true events and a murder of air traffic controller that was made by Vitaly Kaloyev who thought the one was responsible for the death of his two children and wife.

This is the first English-language film about the genocide in Soviet Ukraine organized by Joseph Stalin, also known as Soviet famine 1932-33. The drama follows two people who love each other that are trying to survive the famine-genocide. One of the main characters – Yuri – is from a family of revolutionaries and he later becomes involved in the process of anti-Bolshevik resistance. All this happening at a local school in Kiev whilst his love – Natalka – is trying to survive and hide from policies that were sent by Stalin at home. But despite all the difficulties and hatred, Ukrainian people continue their resistance to save the freedom.

Another film from our TOP 10 best recent Drama movies that represents the story about Mary who is seven-year-old and she seems to have rare mathematical talent that she shows on her first day of school and it seems like she can do really incredible mathematical actions. Afterward, she gets invited to a private school for gifted children but, unfortunately, her uncle, played by Chris Evans, doesn’t accept it. He wants her to be a normal kid, have friends at school and happy life. But his mother, Mary’s grandmother, has completely opposite opinion about the situation and she will try to do everything to make her a life devoted to mathematics in order to save the rare talent Mary got from her mother who committed suicide.

British historical drama follows the events from the 17th century. A young painter falls in love with the young married lady. He has the big desire to draw her portrait which he does later but the husband of the girl is not quite obsessed with that idea. The lady finds painter attractive and returns him the love. Together, they try to make a plan how to be together. Romantic drama film with such well-known stars as Natalie Portman, Ryan Gosling Michael Fassbender, and others. This is more like a modern love story with music and drama elements that was all set in Austin, TX. Two couples who are very talented in music experience and follow the success making rock ‘n’ roll music and enjoying seeing local landscapes. Meanwhile, they have the challenge to solve some serious issues with betrayal.

Another project on the list of best Drama movies 2017 that promises to attract lots of attention. The film is based on Dutch novel “Het diner” and symbolizes the final returning of Richard Gere. As a part of the main cast, there are such actors as Laura Linney, Rebecca Hall and so on. The movie, as well as the original book published in 2009, is about a former teacher of History. He visits nice restaurant in Amsterdam alongside his wife and brother who also comes with his half. The dinner is organized to discuss the crime and violence coming from their sons that were filmed and shown to the public. Fortunately, they haven’t been identified yet.

Romantic drama movie about a former college football player who used to be a star in his past. Nowadays, he is heartbroken so he decides to travel to Italy in order to visit his cousin who has been living there for quite a long time and teaches the Italian language to the people who immigrate to this country and want to avoid being misunderstood. There he becomes obsessed with local Calcio Fiorentino which is the old traditional soccer in Italy that people having been playing and following since the 16th century. Alongside, he falls in love with a local girl.

Life at These Speeds

The film is also known as “1 Mile to You”. This project from TOP 10 best Drama movies of 2017 to watch will wake all the feelings up when you see the story of a teenager who loses his friends in a horrible accident. But he keeps running because it makes him feel freer, it makes him remember everything and make his own new memories not just in the past but in the present. He finds love and wins the race, not just the real one but the one inside his heart.

On the TOP 10 best modern Drama films 2017 there is also this biographical movie with Tom Cruise who represents the real life of Barry Seal who used to be a TWA pilot in the past. He was hired by CIA to make the resistance against the communistic organization in the Central part of America. But everything changes when Seal got involved with the Medellin cartel which is not liked by all American politicians from White House. 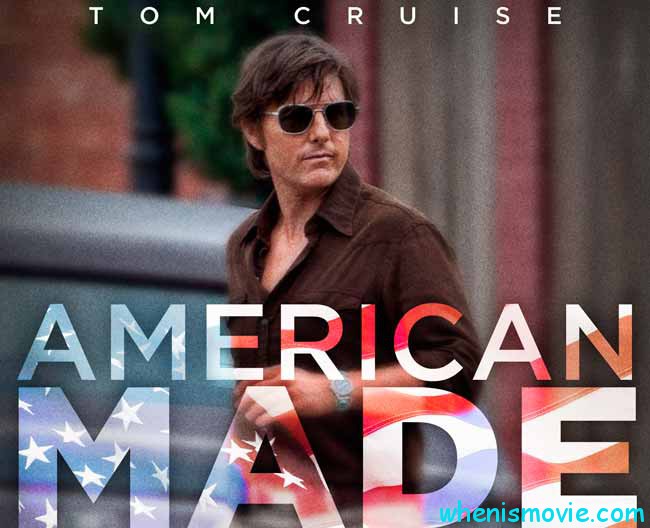 This is one of the most expected projects when it comes to answering the questions coming from viewers – what is the best Drama movies in 2017? The new franchise represents the story of Stella Davis. She is a widow and has to cooperate with convicts in order to save her ranch as lots of wild horses find themselves walking on her property. Davis has to face all the “best” human qualities such as vanity and greed. At the same time, she has to struggle with her own fear and prejudice.