Today we can safely say that the Asian film industry is gaining momentum every year and occupies one of the leading places in the world cinema. Clear evidence of this factis the prestigious prizes at international film festivals, the payback of pictures, and the popularity of the beautiful and talented actors of Asia. In the compilation, we have tried to collect TOP 10 best Asian movies to watch, made in different genres. 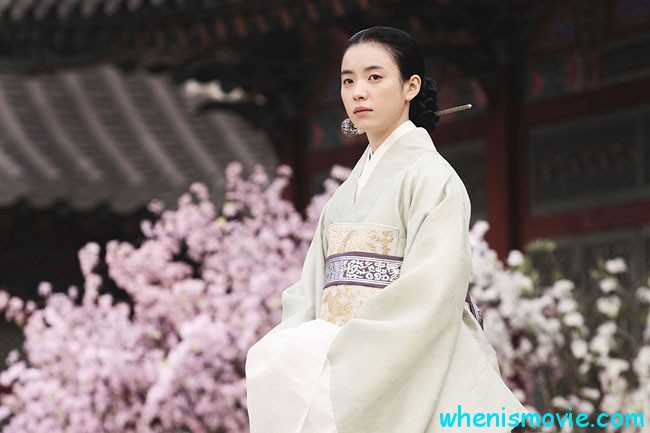 The film directed by Tetsuya Nakashima tells the tragic story of a junior high school teacher Yuko Moriguchi. One morning in the class, Yuko, handing out the morning milk to the pupils, informs them that this is her last day at school. About the teacher, two facts are known: her husband is HIV-positive, her daughter was recently drowned in the school basin as a result of an accident. But Yuko considers the incident to be a murder and knows that both criminals are in the classroom. She does not give names, but she provides evidence of the guilt of two students. In addition, she reports that she added to already drunk milk contaminated blood of her husband.

Revenge is one of the central themes of Korean films, and the crime drama of director Jee-woon Kim is an excellent example of it. Kim Soo-hyeon’spregnant wife is the victim of a sadistic maniac. Cold, cruel and refined revenge fills his thoughts and becomes a huge driving force for his existence and capture the criminal. The confrontation between the main characters symbolizes the struggle between good and evil. But, since Soo-hyeon is chronically obsessed with revenge and purposely delaying the process, the line between him and the villain is getting thinner, forcing to ask himself which one is a real monster.

Musha incident is in the TOP 10 best modern Asian films.

The epic 4.5-hour historical drama in two parts of director Te-Sheng Wei is based on the events of the Musha incident, which occurred during the Japanese occupation of Taiwan. Local population for years was subjected to violence and humiliation by the Japanese and was deprived of their culture and faith. But one day the patience of the aborigines had reached its end and they started a rebellion that turned into a bloody massacre and a brutal war.

The actions of the movie begin in the late 80’s. Dae-su Oh had a little too much alcohol, celebrating the birthday of the child. A man behaves provocatively in a public place, so he is taken to the police station. His friend comes to the rescue of the hooligan. He takes a friend and calls his wife. While No Joo-hwanwas talking on the phone, his friend disappeared. Since that time he has not been seen for many years. The protagonist was again in prison. Unknown people locked him up, without even explaining the reason why they did it.

The only entertainment for a man is watching TV, which the kidnappers complacently put in the cell. A few months later, from the news release, Dae-su Oh learns that his wife is dead. Husband is suspectedin the death of a woman, as experts found traces of his DNA at the crime scene. The hero realizes that he was framed. Over time, the mental state of a man is greatly deteriorating. This is due to the long loneliness, as well as the sleepy gas, which is regularly sprayed by the jailers. He is tired of such a lifeand even tried to commit suicide. When Dae-su Oh completely despaired, he was suddenly released.

The film, shot by director Takashi Yamazaki, is based on the manga RyoheiSaigan, which received many awards. The action takes place in the post-war Tokyo of the 50s, wherein one of the slum quarters there is a rather motley audience. The film is permeated with nostalgia for the old days and the romantic era when technological development has not changed people yet.

It is the middle of the TOP 10 best Asian movies for all time.

In faraway Indonesia, in one of the most developed cities of this country – Jakarta – there is a thirty-story building among the slums, whose inhabitants terrify everyone around: killers, drug dealers, maniacs – that’s an incomplete list of the people living in the building. The impudence of bandits knows no bounds, but even the police cannot cope with them, despite the serious approach of the authorities to the issue. On the top floor of the building, a drug baronsettled. He watches everything that is being done not only in the building but also in the city. It is under his leadership that the bad stuff in the city is committed. Twenty policemen are sent to storm this hellish tower. But even specially trained people cannot cope with those who already have nothing to lose in theirlives. How will end the confrontation between police and bandits?

It is probably one of the simplest movies to watch directed by Ki-duk Kim who is known for such provocative and harsh dramas as “Pieta.” This is a story about a lone motorcyclist, Tae-suk, who spends his life in homes of strangers whose owners are temporarily absent. Once, having penetrated into the next house, Tae-suk notes that the apartment is not empty: the wife of the owner of the house is in there. Later, he witnesses how the returned husband beats his wife. Then Tae-suk intervenes, beats the owner of the house and takes the woman with him. Now they travel together in empty apartments. The most noteworthy detail of the film is the strange relationship of the protagonists – they do not say a word to each otherand this only emphasizes the depth of the mutual understanding that has arisen between them.

The film Takashi Miike was awarded a mention in the main competition of the Venice Film Festival and received four awards from the Japanese Film Academy. The action takes place in Japan in 1844, where the brutal brother of the shogun has great power. This threatens the country with chaos and the very system of the Shogunate – complete destruction. Samurai Shinzaemongathers a team of twelve fighters and plans an attack on the tyrant. Extreme scenes of violence are compensated by beautiful battles and unique director’s style.

Historical drama Chuan Lu tells about the Sino-Japanese War when Japanese troops invaded Nanjing. After a short battle, the command of the Chinese army fled, leaving the city to its fate. Entered into the city Japanese soldiers have carried out a brutal massacre of Chinese civilians.

It is the first place of the TOP 10 best Asian movies for families.

It is one of the most successful Asian pictures to date, the historical drama of director Chang-ming Cho won 15 awards at the 49th ceremony of the South Korean Grand Bell Awards. The film tells about the reign of King GwangHae, who suspected a court conspiracy after 8 years of rule. In an effort to protect himself, the king orders the court jester Ha Seun to temporarily play the role of king.

Hope it answered the answer to the question –what is the best Asian movies?