They say that the technological age has turned us all into hypocrites and we don’t have a need for those “old school” movies about kindness, friendship, devotion, love, and happiness. But that’s not really true. We, as human beings, will always want to see heart-warming movies that are both educational and motivational, especially if we take our kids to the theater with us. And, as you’ll learn from the TOP 10 best new Children’s movies 2017 list, the industry is still capable of making us smile, laugh, and have a great time with our kiddos at the movies!

Smurfette, the one and only young lady among her kind, stumbles upon a peculiar map that promises to reveal the most important secret in the history of Smurfs. Now, even though it comes with numerous warnings, she decides to ignore ’em all and asks her best friends to join her in this exciting quest towards learning the real truth about their origin. The path lies through the Forbidden Forrest,      which means they’ll have to be extremely cautious and watch their steps. Gargamel, their biggest adversary, is also searching for the secret, and, if he finds it first, that will put the Smurfs in great danger. So, will Smurfette and her friends prevail?

A ten-year-old boy and his parents from India move to America, hoping to start fresh in a nice rural town. The family is trying to keep the balance between honoring their centuries-long traditions and learning about the customs and activities in the US, including barbecues, Thanksgiving, etc. However, when the boy falls in love with the neighbor’s daughter, his moms and pops start to worry that he’s forgetting his roots. So, they send him back to India. Almost 2 decades later, the all-grown-up man returns to the United States to look for the girl of his dreams. Of the TOP 10 best recent Children’s movies, this one’s a must-see!

A gifted orphan girl from France living in Brittany is in love with dancing and can’t imagine her life without it. So, when the opportunity comes knocking at her door, she moves to Paris with her BFF, a talented inventor, to prove that she is worthy of becoming a new student at the world-famous Grand Opera House. If they pick her, she’ll have a great chance at dancing with the best of the best. Now, she doesn’t know much about classic dancing, but her love for it conquers all, and soon she turns into one of the most promising pupils at the school. Make sure to check Leap! out if you appreciate good old stories about believing in yourself and chasing after your dreams.

Greg has only one thing on his mind: his dreaming of attending a fancy convention for gamers. And when he finds out that the event is taking place not far from his great grandma’s place, he comes up with a “brilliant” plan. He persuades his mom and dad to visit the old lady and celebrate her 90th (!) birthday so that he can check out the convention while everybody’s busy with the celebration. However, nothing goes the way it was supposed to go…Make sure to put Diary of a Wimpy Kid on your list of best Children’s movies 2017 as it’s equally fun, exciting, entertaining and educational. You kids will love it!

This game-changing franchise has taken the world by storm, and now that we’ve got the third installment arriving in June, best believe the international charts are gonna be dominated by Gru once again! He’s back with yet another “pack” of hilarious misadventures. As it turns out, the man has a twin brother, Dru, and let’s just say that he’s not at all what you would expect him to be. At the same time, Balthazar is striving for world domination, and Gru is pretty much the only fella out there who can confront and beat him in a fair fight. Expect Despicable Me 3 to be just as funny, thrilling and uplifting as the previous two chapters.

Rough, tough and all-out evil principals don’t have a future in this world, and two brave students come up with a stunning plan that pays off. They succeed in hypnotizing the man and turn him into a handsome superhero. Well, he’s not as big and bulky as Batman or as strong as Superman, but he does have his moments. Captain Underpants walks around in his underwear and has an awesome cape that shows the whole world he’s not to be messed with. Of the TOP 10 best Children’s movies of 2017 to watch, Captain Underpants is probably the funniest one to date, so, make sure to mark it on your calendar and check it out!

Zhong, a big-time villain, takes Bana (a planet) under his control and transforms it into testing grounds for his army. However, a small but brave crew of heroes, including a dashing monkey, a courageous warrior fox, and a tech-savvy pig, dares to defy the evil general. Zhong is looking for a magical and insanely powerful ship that is capable of creating huge black holes. If he gets his hands on this technology, everything will be lost. Spark and his trusty friends will have to stop the psycho from doing the unthinkable. If they fail, the entire universe will be destroyed, and that simply can’t happen!

What if 5 regular kids got superpowers? Would they use them for the greater good? And would they be able to defend their home world from the villains that are trying to destroy it? You’ll learn the answer if you watch Power Rangers! Five teenagers find a bunch of otherworldly coins in a cave that give them supernatural abilities. Next, Zordon, a mysterious being, gets in contact with them and claims they are the new Power Rangers now. He trains them 24/7 in order to make the kids ready for an epic fight for Earth’s survival. Of the TOP 10 best modern Child films 2017, this is the one and only sci-fi movie.

Ferdinand was born a bull, but he’s never been a rough-tough animal. He’s not one to jump around, get into trouble and mess around with the others. He keeps to himself and loves the smell of flowers, not fresh blood. He grows into a big, strong fella, and one day, when a group of men comes to pick the best bull for the upcoming bullfights, they choose Ferdinand. He’s never been in a fight, so, it’s going to take a miracle for him to survive in Madrid and win a medal. The movie is based on the 1936 book for the kids and will be greatly appreciated by your children if they love bright, colorful, funny and kind movies.

Peter is more than upset when he learns that from now on, he’s supposed to share the room that he used to love with his grumpy grandpa. So, he declares war and gets into an open confrontation with the man, hoping to make him leave and get the room back. However, the grandpa is not one to be messed with, and, even though Peter thought it would be easy to stand his ground, this fight is going to take all of his wits, smarts, and experience. 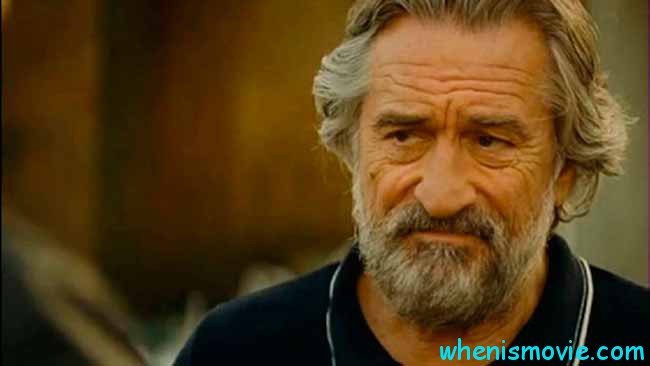 So, what is the best Cartoon Children’s movies in 2017, you might ask? We all love different things, no doubt about that, but we’re more than sure that you’ll find a movie or two from our list that you’ll like!