The film-noir (which in French means black) is called the picture of the genre, originated by Hollywood in the 1940s under the influence of detective literature of the Great Depression. What is a noir? This criminal (melodrama) drama, whose heroes – single private detectives, spitting complex phrases of Faulkner, and lewd “la femme fatale” with marvelously coiffed hair – are inextricably linked with the world of crime and, as a rule, devoid of any nobility.

This gloomy atmosphere of uncertainty, not only in the future but in the reality, is ready to turn into your worst nightmare. This is a temptation in the air – big money, another man’s wife, an ankle bracelet… These are strange foreshortenings, a refined often black and white image, accurate and quick dialogues … Modern cinema often resorts to the motives of the classic “black film”, leaving behind its darkness but not surpassing the quality.

The film is set in the future, which will come in 40 years. Leo Byler is a dumb barman who lives in Berlin, but he no longer has a reason for existence: his beloved woman disappears. The search leads Leo to the underground city, where he meets a pair of American surgeons. Leo cannot understand who his new acquaintances are. Either they can help him or he should run away from them.

The seventies of the last century, Boston. The local streets are full of bandits of different suits and sizes, which the local mafia keeps on a short leash. Of course, these people prefer the dark and inconspicuous places like their dark deals – abandoned warehouses, vacant lots and other lovely locations. Frank and Chris long ago wanted not just to consolidate their position in the criminal world, but also to increase their own credibility. For such a case requires a firearm, which the friends did not have. However, this is not a problem, because they turn to Justine, an eccentric blond beauty, for help, which guarantees to link them with the best suppliers and contribute to the successful completion of the upcoming transaction. The lady connects Chris and Frank with a kind of gangster Vernon, who trades in weapons of all calibers and temperatures. A meeting is scheduled at one of the local abandoned warehouses, and the main characters arrive there without delay. Unlike Vernon, who, according to Justine, is distinguished by enviable punctuality. When the Mafiosi finally arrive, it turns out that he brought the wrong rifles that were ordered. The word for word, the threat for threat – and the walls of the warehouse are shaking from the first shot.

A young guy nicknamed Baby loves stylish music, fast driving and adrenaline in the blood. His whole life is a continuous chase and shootings because he works as a driver who helps the bandits to escape from the crime scene. One day he really falls in love and decides to quit the game, but first, he has to perform another task, which may well be the last in his life.

The film takes place at the time of the Dry Law in America. Then the country began to slowly seize the gangsters, who took over the police and small officials. Only some brave cops tried to fight against the lawlessness that is happening in American cities. In the center of the plot is just the son of one of these policemen, who, unlike his father, chose the path of crime. He started with bootlegging and eventually turned into one of the most notable figures of the underworld. The movie is included in the TOP 10 best recent Film-noir movies because it was already released.

One day, a young businessman, Adrian Doria, wakes up in a hotel room closed from inside, next to the lifeless body of his mistress. He is accused of murder, but he decides to use the services of Virginia Goodman, the best specialist in the country to overcome the most difficult situations. During one night the consultant and her client will work to find a reasonable refutation of the charge, and, thereby, free him from prison.

The movie action takes place in the early thirties of the last century and in the appropriate noir-entourage: bootleggers, gangsters, jazz, corrupt authorities, “dirty” police officers and an attempt to establish a separate new order from the clan of vampires. But their plans are uncovered, and now the ancient textured ghouls Chesterfield and his horde are forced to hide their secret at any cost. For the most part – bloody.

Centers on the members of a criminal gang headed by an experienced criminal figure Richie Archer. The gangsters turned many difficult cases, but now they plan to commit one of the most audacious robberies in their careers. They are going to rob the largest bank in the country. And to achieve this goal, they are studying underground tunnels. Remembering the scheme in small details, they make their way inside the building, hoping to break the jackpot. But on the spot are the police. And only when they get to prison, it becomes clear that the robbery was a distracting maneuver. In fact, they plan to help run to their close friend.

The two brothers have grown up together on the street, but in their adult life, their roads diverge for many years. One breaks out of poverty, settles in the construction business and becomes a rich and respected person. The fate of the second brother is quite different – occupying a low position in the criminal world, he and his daughter become a hostage to the influential authority. Only a ransom can restore freedom, and now their lives depend on their brother.

The film tells of the bank robber Connie, who is desperate to flee the chase, but with every step, the free space around him is getting smaller and smaller.

It is gangster drama about one of the most famous mafia of the twentieth century, John Gotti. He has traveled the impossible path to the heights of the underworld, leading a powerful Gambino family, while his son chooses the path of redemption. 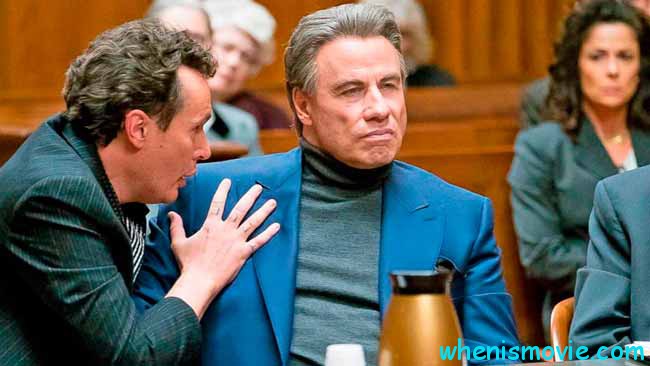 We hope that our TOP 10 best modern Film-noir films 2017 gave you answer to question – What is the best Film-noir movies in 2017?